Before BlackHat and DefCon taking place this week in Las Vegas, another conference attracts security experts:  Passwords13. A free to attend conference about Passwords and Authentication from attackers and defenders perspective.

Last conference (Passwords12) in Oslo was the opposite when it comes to the weather conditions (in Las Vegas are currently between 35 and 40 degrees, so 40 to 45 degrees difference) but not when it comes to the content. Most of the top experts in this area are attending or giving a talk. 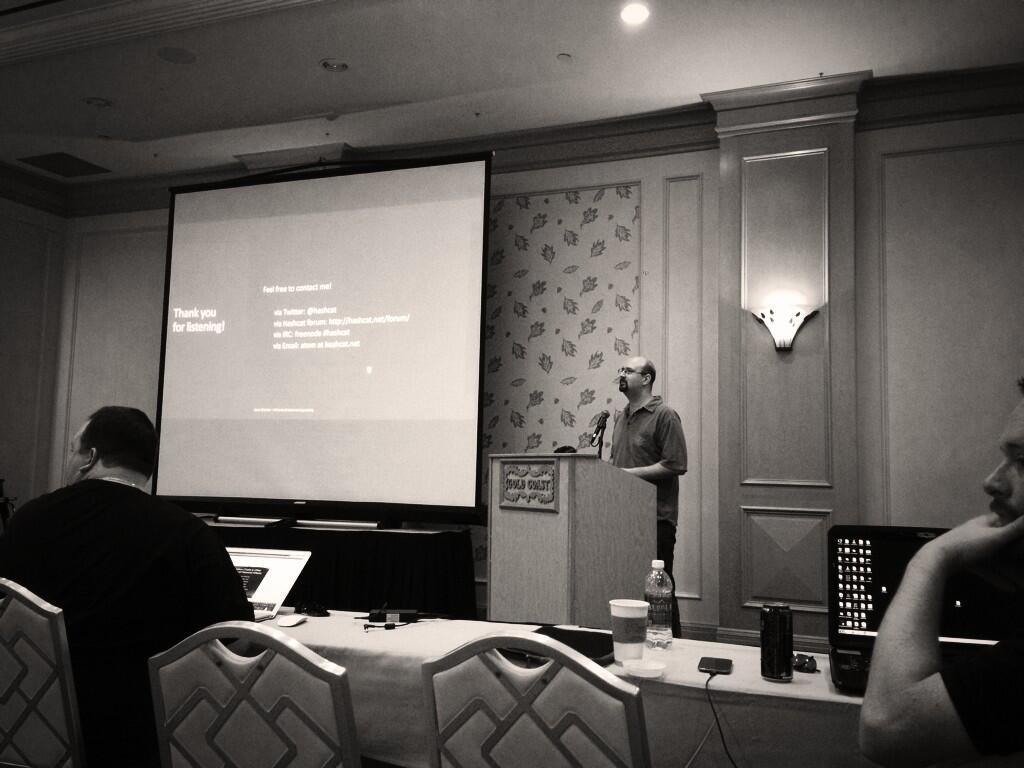 The welcome speech by Per Thorsheim lead directly to Atom’s (Jens Steube) introduction to the tools around hashcat and how to use them. Hashcat and oclHashcat are one of the most used tools for cracking. Additional there are several tools around hashcat for advanced cracking. Followed by Peter Kacherginsky talking about password analysis in order to create smarter rules for more efficient cracking. Rules are used by Hash-cracking tools for generating password candidates. There is a defined “language” for creating rules, like a programming language. Peter developed a tool-set to analyse passwords and automatically generate rules from them. Dimitri Fousekis then talked about statistical password attacks like Markov Chains which are used to speed up the cracking process by using statistical data from already known passwords.

Atom gave a second talk on this first day about optimising the computation of hash algorithms as attacker. He presented several algorithms where he found way for optimisations in order to speed up the cracking process like SHA1 and Whirlpool. The Optimisation for SHA1 brings more than 20%.

An interesting approach to password security was presented by David Weinstein. Basically the idea is to use mobile phones as “password typing” device.

More interesting talks will follow tomorrow as well as at BlackHat and DefCon this week.

A last hint for all people going to the conferences as well as a general advice: if you’re using public Wifi – never trust it! Traffic can be sniffed and there may be ARP-spoofing attacks.