During our visit to the Virus Bulletin conference 2008 last week a man was arrested in Belgium for using someone else’s unsecured Wifi connection to get on the Internet. (More details in Dutch available here).

The case is interesting because the only thing this guy did was use the connection to get onto the Internet – what we call Wifi “piggybacking,” or logging on to someone’s open 802.11b/g/n network without their knowledge or permission. And quite a lot fo countries (such as the UK and Belgium) have laws making this illegal.

There’ve been other cases like this in the past: Illinois man was arrested and fined an $250 in 2006 for using an open network without permission, while a Michigan man who parked his car in front of a café and snarfed its free Wifi was charged back in May 2007 with “Fraudulent access to computers, computer systems, and computer networks.”

Stealing Wifi Internet access may feel like a victimless crime, but it’s wrong nonetheless. You could be depriving ISPs of revenue. Furthermore if you’ve hopped onto your next door neighbors’ wireless broadband connection to illegally download movies and music from the Internet, chances are that you are also slowing down their Internet access and impacting on their download limit.

From a security point of view, if someone can access your network, they can misuse that network, and (potentially) the computers on it. For instance, two months ago Indian police raided the Mumbai home of an American expatriate after someone used his open wireless network to send an email taking responsibility for a bomb blast that killed at least 42 people.

The Indian authorities are now considering making open Wifi networks illegal. And Belgian law enforcement want to make an example of the man arrested last week. So to stay on the right side of the law, do yourself a favour: don’t go using anyone else’s network without permission. And make sure that your network and router are secured – you may be ethical, but that doesn’t mean that everyone else is. 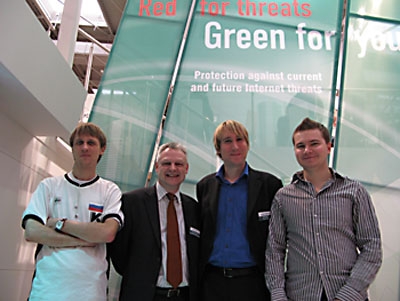