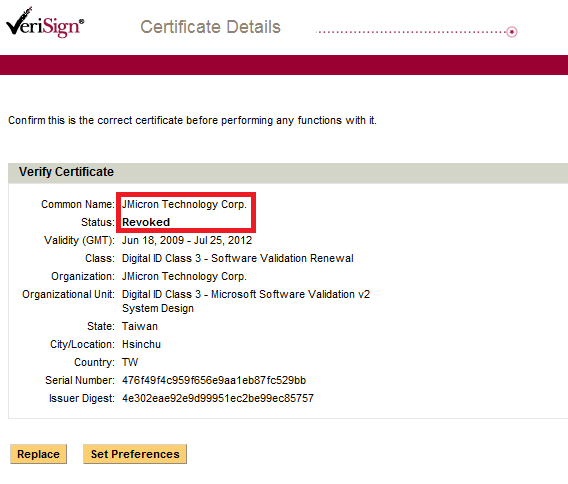 We have prepared a short FAQ about Stuxnet and the revoked stolen certificates: