Late last week, we found evidence of a possible link between a Mac OS X backdoor trojan and an APT attack known as LuckyCat. The IP address of the C&C to which this bot connects (199.192.152.*) was also used in other Windows malware samples during 2011, which made us believe we were looking at the same entity behind these attacks.

For the past two days, we have been monitoring a “fake” infected system – which is a typical procedure we do for APT bots. We were extremely surprised when during the weekend, the APT controllers took over our “goat” infected machine and started exploring it.

On Friday Apri 13, port 80 on the C&C server located at rt*****.onedumb.com and hosted on a VPS in Fremont, U.S. was closed. Saturday, the port was opened and bot started communicating with the C&C server. For the entire day, the traffic was just basic handshakes and exchanges, nothing more.

On the morning of Sunday April 15, the traffic generated by the C&C changed. The attackers took over the connection and started analysing our fake victim machine. They listed the contents of the root and home folders and even stole some of the goat documents we put in there! 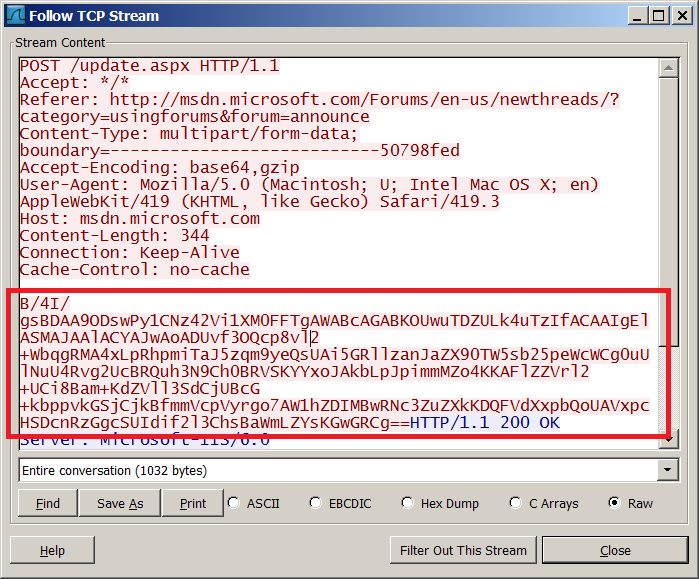 Encoded communication between C&C and our fake victim

We are pretty confident the operation of the bot was done manually — which means a real attacker, who manually checks the infected machines and extracts data from them.

We can therefore confirm SabPub as APT in active stage.

On Sunday midday, the C&C domain was shutdown and the bot lost connection to it; this appears to be an initiative from the free DNS service onedumb.com and it was no doubt triggered by the media attention. Interestingly, the VPS used as the C&C is still active.

While analysing SabPub, we discovered another version of the backdoor which seems to have been created earlier. This version differs from the original one only slightly — the hardcoded C&C address is different — instead of the onedumb.com subdomain used by the original sample (hardcoded in the bot as “e3SCNUA2Om97ZXJ1fGI+Y4Bt”), this one simply contains the IP address of the VPS (hardcoded as “OjlDLjw5Pi4+NUAuQDBA”), meaning, it should still be operational. Its size is 42556 bytes vs 42580 for the original one.

One of the biggest mysteries is the infection vector of these attacks. Given the highly targeted nature of the attack, there are very few traces. Nevertheless, we found an important detail which is the missing link: Six Microsoft Word documents, which we detect as Exploit.MSWord.CVE-2009-0563.a. In total we have six relevant Word .docs with this verdict — with four dropping the MaControl bot. The remaining two drop SabPub.

The most interesting thing here is the history of the second SabPub variant. In our virus collection, it is named “8958.doc”. This suggests iit was extracted from a Word document or was distributed as a Doc-file.

In case you are wondering, the name of the file (“10th March Statemnet”) is directly linked with the Dalai-Lama and Tibetan community. On March 10, 2011, the Dalai-Lama released a special statement related to Anniversary of the Tibetan People’s National Uprising Day — hence the name. 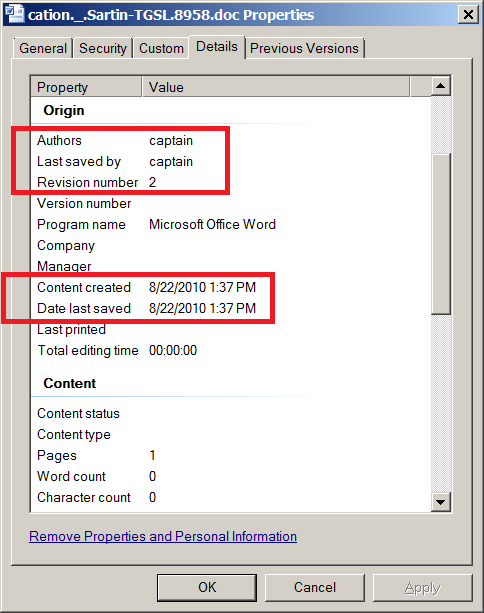 Properties field of a document used to spread SabPub

Unfortunately there is little information in the doc files, but the Author field and the creation date are interesting. In particular, if we trust the creation date, this means the container DOC was created in August 2010 and it was updated in 2012 with the SabPub sample. This is quite normal for such attacks and we have seen it in other cases, for instance, Duqu.

We think the above facts show a direct connection between the SabPub and Luckycat APT attacks. We are pretty sure the SabPub backdoor was created as far back as February 2012 and was distributed via spear-phishing emails.

It is also important to point that SabPub isn’t backdoor MaControl (the case was described here) but still uses the same topics to trick victims into opening it. SabPub was the more effective attack because it remained undetected for almost two months!

The second variant of SabPub was created in March and the attackers are using Java exploits to infect target Mac OS X machines.

SabPub is still an active attack and we expect the attackers will release new variants of the bot with new C2s over the next days/weeks.

* Thanks to Aleks Gostev and Igor Soumenkov for the analysis.