We have written about NetTraveler before HERE and HERE.

Earlier this year, we observed an uptick in the number of attacks against Uyghur and Tibetan supporters using an updated version of the NetTraveler backdoor.

Here’s an example of a targeted spear-phishing e-mail directed at Uyghur activists in March 2014. 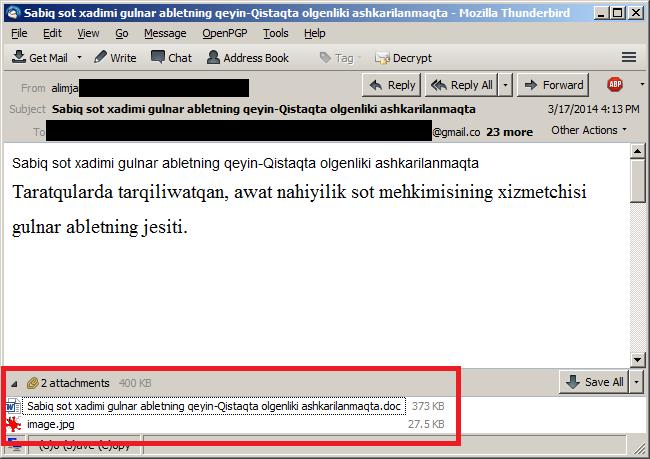 The e-mail has two attachments, a non-malicious JPG file and a 373 KB Microsoft Word .DOC file.

The .DOC file, which in reality is a “Single File Web Page” container, also known as “Web archive file”, appears to have been created on a system using Microsoft Office – Simplified Chinese.

It contains an exploit for the CVE-2012-0158 vulnerability, detected by Kaspersky Lab products as Exploit.MSWord.CVE-2012-0158.db.

It is registered as a service (named “Windowsupdata”) through a Windows Batch file named “DOT.BAT” (detected by Kaspersky Lab products as Trojan.BAT.Tiny.b):

To make sure the malware isn’t running multiple times, it uses the mutex “SD_2013 Is Running!” to mark its presence in the system. Other known mutexes used by older and current variants include:

The malware configuration file is written to the “SYSTEM” folder (as opposed to SYSTEM32) and has a slightly new format compared to “older” NetTraveler samples:

For the record, here’s what an older NetTraveler config file looks like:

Obviously, the developers behind NetTraveler have taken steps to try to hide the malware’s configuration. Luckily, the encryption is relatively simple to break.

The algorithm is as follows:

One can easily see the command-and-control (C&C) server in the screenshot above, which is “uyghurinfo[.]com“.

We identified several samples using this new encryption scheme. A list of all the extracted C&C servers can be found below:

We recommend blocking all these hosts in your firewall.

This year, the actors behind NetTraveler celebrate 10 years of activity. Although the earliest samples we have seen appear to have been compiled in 2005, there are certain indicators that point to 2004 as the year when their activity started. 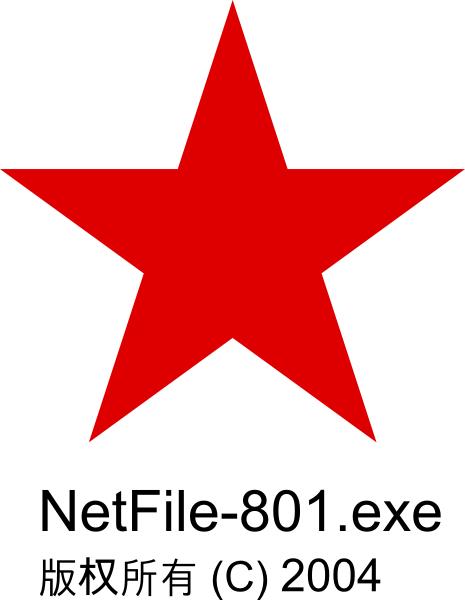 For 10 years NetTraveler has been targeting various sectors, with a focus on diplomatic, government and military targets. 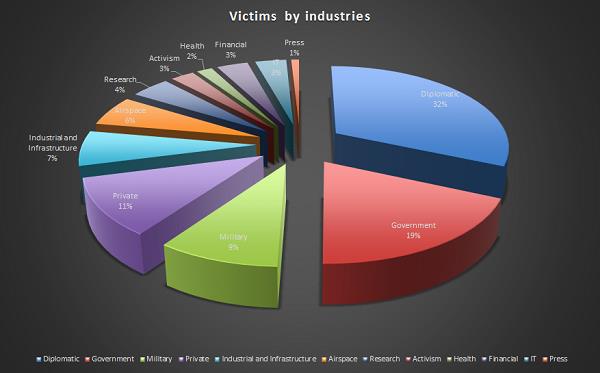 The targeting of Uyghur and Tibetan activists remains a standard component of their activities and we can assume it will stay this way, perhaps for another 10 years.

NetTraveler APT Gets a Makeover for 10th Birthday