The Hacktivity 2022 security festival was held at the MOM Cultural Center in Budapest, Hungary, over two days, October 6-7th 2022. One of several presentations by our GReAT researchers included an interesting set of APT activity targeting online casino development and operations environments in Southeast Asia. A recorded video of the presentation is already online. You can watch it here:

All of our research, including a full set of IoCs and Yara rules, is written up in the two-part report “DiceyF Deploys GamePlayerFramework in Online Casino Development Studio”, already available to our private report subscribers. Some technical analysis from the report is provided here, along with a reference set of IoCs. You can find more information about trial and pay report subscription options at intelreports@kaspersky.com. 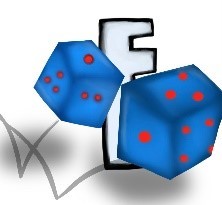 Who is at the table

We call this APT “DiceyF”. They have been targeting online casinos and other victims in Southeast Asia reportedly for years now. Our research shows overlap with LuckyStar PlugX, a supply chain incident privately reported. TTPs, secure messaging client abuse, malware, and targeting demonstrate that this set of activity and resources align with Earth Berberoka/GamblingPuppet activity discussed at Botconf 2022 by Trend Micro researchers, also discussed as an unknown or developing cluster by other vendors. Prior to “Operation Earth Berberoka”, Trend Micro reported on “Operation DRBControl”, which also aligns with this activity and resource set.

So, do we have another Ocean’s Eleven Clooney-Pitt duo targeting the largest casinos for shocking levels of criminality, revenge, and theft? No we don’t. In the related DiceyF incident that we report on, there was no evidence observed to date of immediate financial motivation or cash theft. Instead, previous incidents reported by TrendMicro researchers have exhibited customer PII database exfiltration and source code theft. Possibly we have a mix of espionage and IP theft, but the true motivations remain a mystery.

An interesting combination of detections and characteristics sparked interest in this activity. These data points included

In November 2021, multiple PlugX loaders and payloads were detected in a network, which is often a wearisome topic to investigate. However, this time, the PlugX installer triad was deployed via two methods as an executable signed with a legitimate digital certificate — an employee monitoring service and a security package deployment service. This legitimate digital certificate appeared to have been stolen from a development and build studio for a secure messaging client. These PlugX payloads communicated with a C2 at apps.imangolm[.]com. Not much later, this same security package deployment service was used to push GamePlayerFramework downloaders, with these downloaders communicating with the same C2, and signed with the same digital certificate. 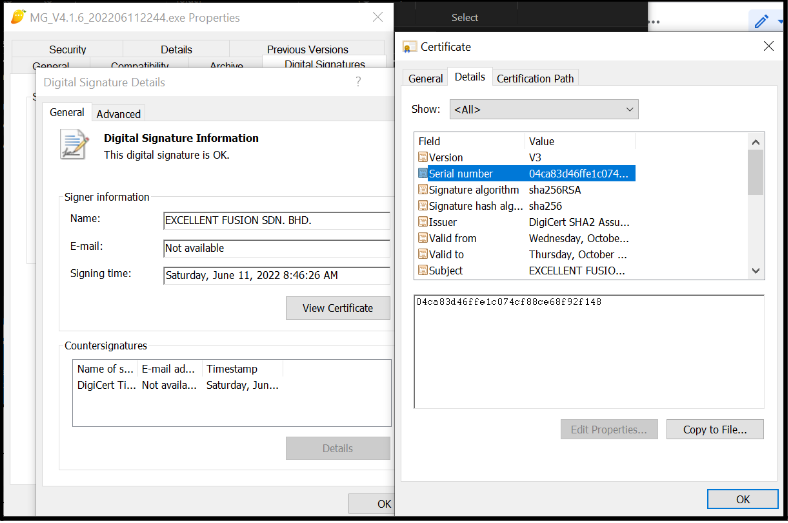 While these findings were being analyzed and reported, the folks from Trend Micro reported on GamblingPuppet/Earth Berberoka at Botconf, and we are confident that this DiceyF GamePlayerFramework activity is a subsequent campaign with a newly developed core malware set. This APT, DiceyF, aligns the previously reported GamblingPuppet and Operation DRBControl resources and activity, which we also observed in earlier data as well:

GamePlayerFramework is a complete C# rewrite of the previously mentioned PuppetLoader C++/assembly malware. This “framework” includes downloaders, launchers, and a set of plugins that provide remote access and steal keystrokes and clipboard data. The newer (summer 2022) executables are mostly all 64-bit .NET compiled with .NET v4.5.1, but some are 32-bit, or DLLs and compiled with .NET v4.0. There are at least two branches to this framework, “Tifa” and “Yuna”, and both branches maintain new modules, incrementally modified over time: 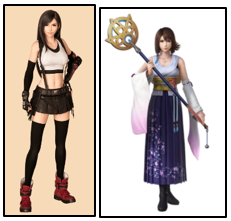 Players may be familiar with the FinalFantasy game series, where Tifa and Yuna are two of the main characters. The Tifa and Yuna branches are different from one another: the Tifa branch includes only a downloader and a “core” module; the Yuna branch includes a downloader, plugins, and various PuppetLoader components, at least a dozen in total. Even the downloaders are fairly different from one another. As a matter of fact, the Yuna.Downloader code changes quite a bit over time, including with JSON parsing, logging, and encryption capabilities. Ongoing code development is on display here.

The initial Tifa downloaders were already using “Mango” and “Mongo” function names just like artifacts found in Yuna downloaders, along with the aforementioned apps.imangolm[.]com C2 used by the PlugX implant. Later Yuna downloaders were distributed with the filename “mango.exe”. Two of the Tifa.Downloader variants introduced a “DownloaderVersion” string, likely for the attackers to maintain backwards compatibility on the server side. Some later Yuna.Downloader variants increase in functionality and complexity, but multiple early variants and the Tifa branch are quite simple.

Once downloaded and persistence set up, multiple components load the framework. The overall process of loading the framework can be summarized with the following graph: 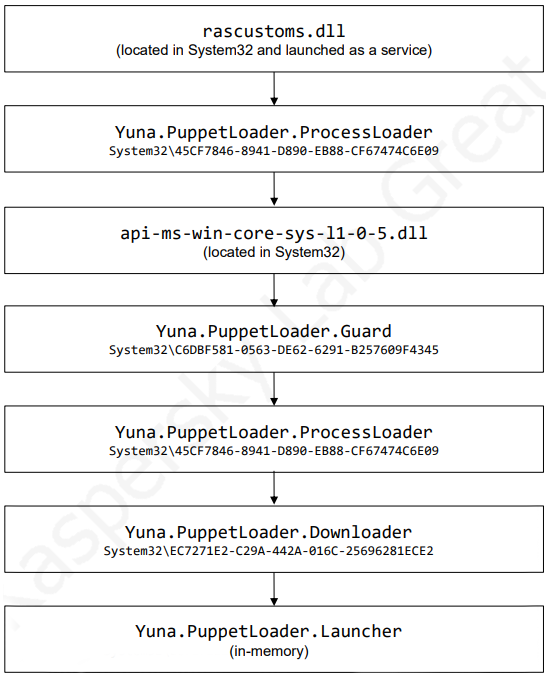 This load sequence results in running the “Launcher” component. Despite the name, the main functionality of this module is not to perform launching. Instead, it is the orchestrator of the framework, i.e. it manages all the framework components. After completing the startup process, the orchestrator starts sending heartbeat packets to the C2 server every 20 seconds. Each such packet is a XOR-encrypted JSON object that contains the following information:

The C2 responds with one of fifteen commands.

Plugins are EXE files that execute most of the framework’s malicious activities. Plugins can be configured to be downloaded from the C2 server when the framework starts up or is loaded at any other time using one of the commands above. During its execution, a plugin may connect to the C2 server and receive commands from it. Information about running plugins is stored in the C:\ProgramData\NVIDIA\DisplaySessionContainer1.ini file.

All plugins of the framework are stored in a fileless way. Whenever a plugin is downloaded from the C2 server, it is loaded into the framework with the following procedure:

The strings of the orchestrator component reference the following plugin names:

While tracking deployments of GamePlayerFramework, we observed several plugins out of the list above being used: General Purpose Plugin, Clipboard and Virtual Desktop.

The application deployed through installation packages of security solutions was designed to mimic an application that synchronizes data of the Mango messaging application. Below is the window displayed to the victim when this application starts: 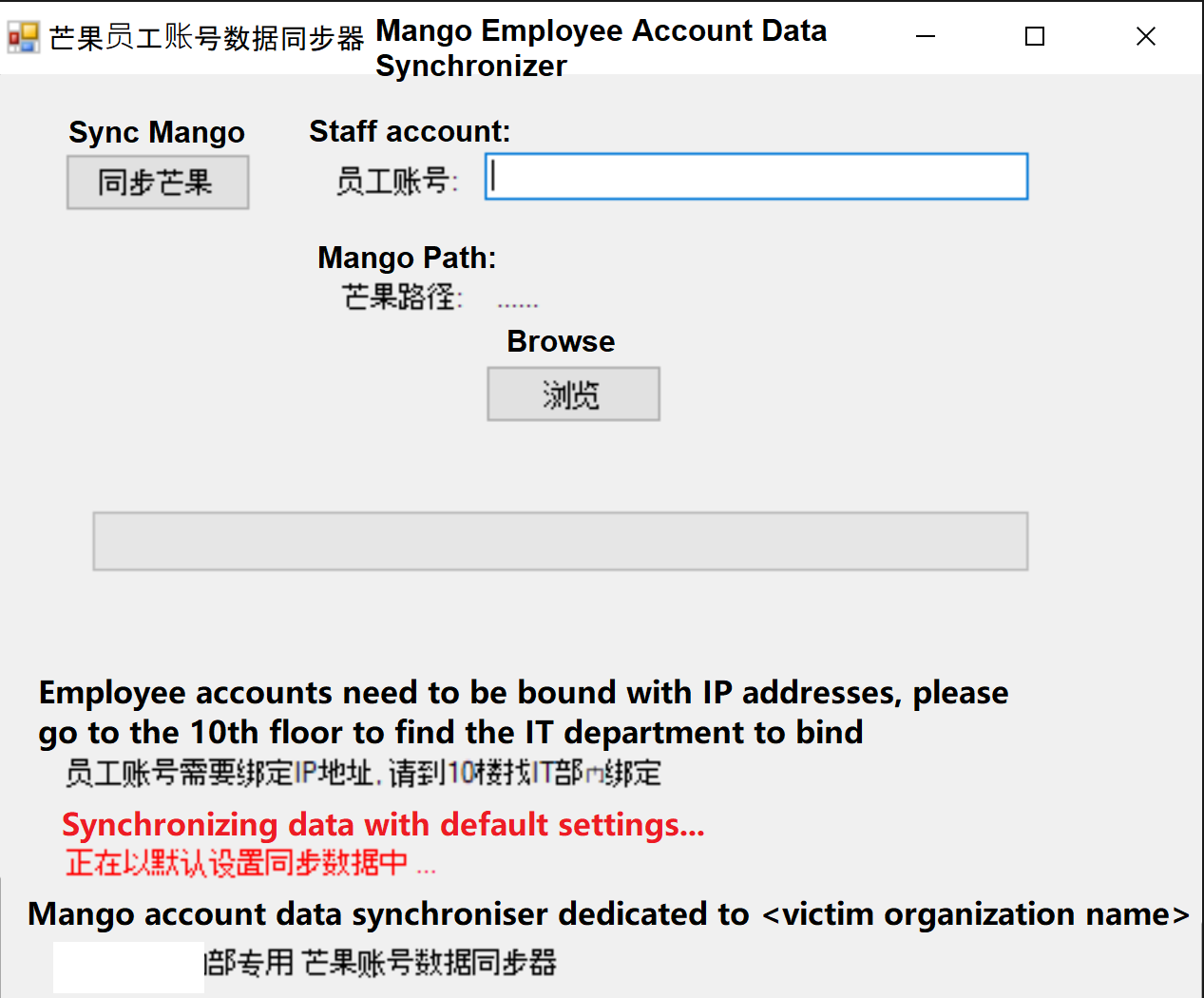 In order to make the victim user trust the malicious window, the attackers employed social engineering. As can be seen from the screenshot above, they included the name of the victim organization and even the floor where the organization’s IT department is located. At the same time, the visible window makes this application less suspicious to security solutions.

When started, this application:

The code is under continuous incremental change and its versioning reflects a semi-professional management of the codebase modifications. Over time, the group added Newtonsoft JSON library support, enhanced logging, and encryption for logging.

As described above, much of the early implants’ (both PlugX and the downloaders) communications activity calls back to infrastructure by resolving FQDN for infrastructure located in Southeast Asia. Later into April 2022, some of the Yuna.Downloaders began communicating directly with a hardcoded IP address.

There are many interesting characteristics of DiceyF campaigns and TTPs. The group modifies their codebase over time, and develops functionality in the code throughout their intrusions.

Organizations need to maintain solid efforts in monitoring software deployed across their organizations. The deployment systems themselves and the deployment process require heightened monitoring and maintenance: what gets deployed, when it gets deployed, and whose credentials are being used. The systems themselves need to be hardened and security products installed and updated.

GamePlayerFramework enabled DiceyF, the actor behind this framework, to perform cyberespionage activities with some level of stealth. The initial infection method is noteworthy in that the framework is distributed via installation packages deployed through security solution control centers. Furthermore, the components of this framework are signed with a digital certificate that makes the framework more trusted by security solutions. In order to further disguise the malicious components, attackers added a graphical interface to some of them. Such implants are masqueraded as components of a messenger that is used at the victim organizations. To make sure that victims did not become suspicious of the disguised implants, attackers obtained information about targeted organizations (such as the floor where the organization’s IT department is located) and included it inside graphic windows displayed to victims. They also used service names, file paths, digital signing certificates, and other artifacts from NVIDIA, Mango, and other legitimate software. Plugins of GamePlayerFramework allow extensive monitoring of victim machines. For example, they are able to monitor keystrokes and the clipboard, browse websites located inside the organization’s local network, or establish virtual desktop sessions. And over the course of several months, DiceyF developers added more encryption capabilities to better hide their logging and monitoring activities. In the future, we expect to see an increase in the number of plugins and observe more unusual defense evasion methods in this framework.

Finally, the deployment tactic used here isn’t quite as sophisticated as infecting an external component of the supply chain itself, but can be extremely effective.