Yes, it’s that time of the year again! People from all around the world try to escape the heat and pollution of the big cities and find much more enticing options. Once the vacation is over and we are all back to work, what does everybody do first? 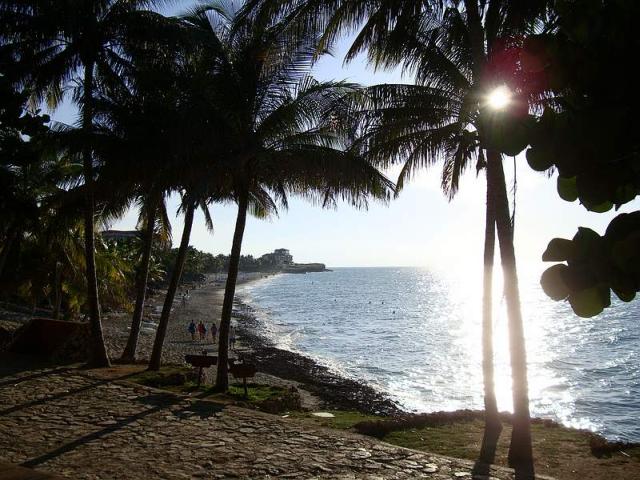 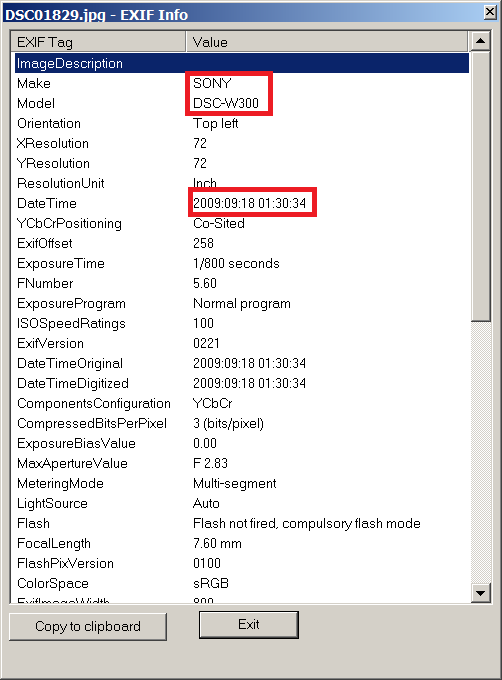 There are many programs that read the EXIF fields of a photo, for instance, IrfanView. In the case of the photo from above, we can see it was taken with a Sony DSC-W300 camera. This is a small, compact Point and Shoot camera from Sony that has been discontinued. Due to the financial crisis or maybe other reasons, the person who took the photo did not chose to buy a newer model yet.

The date is also interesting. It was taken at 1:30am (camera time, GMT+2), on September 18, 2009, but the sun is still shining. There are some people in the sea but very few on the beach, meaning, it is either very early in the morning or late, around sunset. In this particular case, the local time was 18:30; I’ll let you all guess the location.

Why is this important? Well, a photo taken in your home or at your vacation apartment might include the exact GPS position, giving clues to thieves or other malicious people. Another case is when, say, an American citizen travelling to Cuba might not want to share that information publicly, though she/he might still want to share the photos nevertheless.

There are quite a few free tools to wipe the EXIF information from a photo before uploading it. One such tool is “JHead” – by Matthias Wandel.

Interestingly, when you upload a photo on Facebook, it wipes the EXIF information by default. Not so on other websites though, such as Flickr and Twitpic.

So, be careful out there when you publish your photos online if you don’t want the people to know where they’ve been taken, when and which camera you used!

PS: The first person that finds the exact location where the beach photo in the blog was taken and comments will get a prize from us. 🙂

Update, Aug 2 2010: Thanks all for sending your answers! The correct answer was Varadero, Cuba. Congratulations to Deane Mallinson who was the fastest to comment with the correct location and to Chainer for a very precise answer. Deane and Chainer, we’ll get in touch with you regarding the prize!