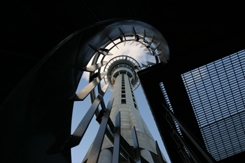 Already in its 9th edition, AVAR has established itself as an important security event where the information presented can be just as exotic as the locations where it’s held. The location chosen for this year’s edition was Auckland, New Zealand – the home of the Maori, the Kiwi and the “All Blacks”, the number one rugby team in the world. The architecture is just as impressive.

The subjects covered new threats such as mobile malware and VoIP attacks but also classic questions such as phishing, Virtual Machines, and last but not least, classification and virus naming. 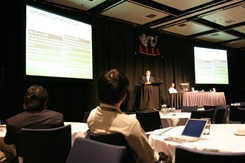 An interesting presentation was given by Jonathan Poon from Microsoft, who spoke about their in-house release scanning system. This system is how Microsoft provides its software, both online and boxed, in a malware-free form. Jonathan maintains a personal weblog where he regularly writes about security and malware from his unique perspective. Feel free to check it out.

One of the most discussed subjects at AVAR 2006 has been the decreasing prevalence of global virus outbreaks and the huge rise in local and targeted attacks. Along with user education and security awareness, these will probably be our main focus points in 2007.