Xprotect
With the release of Snow Leopard (Mac OS X 10.6) Apple introduced a basic antivirus protection called „XProtect“. It scans and detect threats when files are downloaded through Safari, Mail, iChat, Firefox and a few more and afterwards executed. The Signature-List is updated via Apples Software Update.

New update
The updated signature now includes definitions for “OSX.OpinionSpy“.
This Trojan came bundled with screensavers and applications hosted on popular download websites for Macs mid of 2010. It is known as Opinion Spy and Premier Opinion. The main aim of the malware is to collect personal data which is sent to various servers. The Trojan runs as root, which means it’s capable of doing „anything“ on your computer.
When an installer (bundled with OpinionSpy) is executed, it asks for the root-password which is quite common for installations. The user grants full system access to the Trojan by this. OpinionSpy also injects code into Safari, Firefox and iChat in order to collect more personal data. 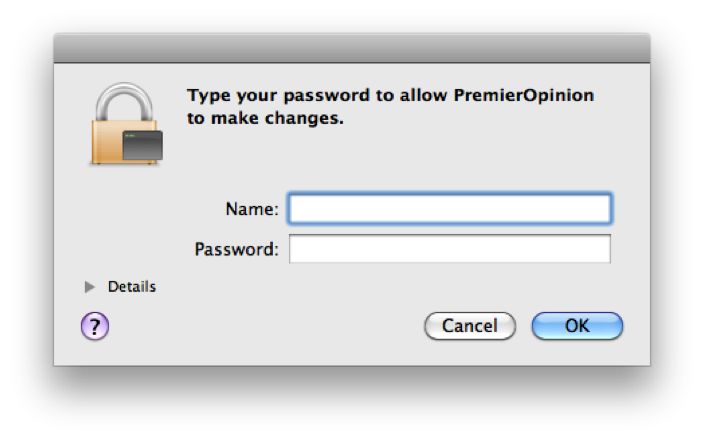 Kaspersky has already been detecting this threat as „Trojan.OSX.Spynion.a“ since 2. June 2010.
We have received 13 user reports through KSN this year, mainly from india.