Bitсoin is an electronic currency built with P2P and designed for anonymous financial transactions in the Internet. Besides the obvious advantages for users this currency is also very ‘capable’ for cybercriminals. We wrote about different examples of malware used for monetization here and here. But now we will discuss TDSS and its new module for Bitcoin.

In the beginning of August a new section [tslcaloc] has appeared in the TDSS configuration files while bot was running on infected machine after a short stint:

According to the parameters for the svchost.exe file we can see that this section is created for working with a Bitcoin pool named eclipsemc.com. 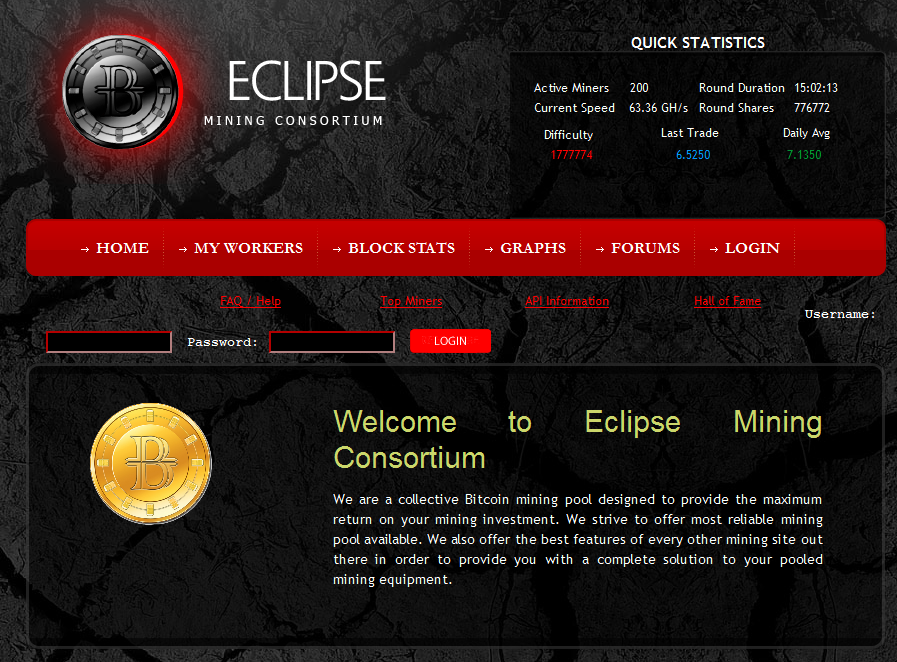 The login and password for this pool were also stored in configuration file but unfortunately this user had been blocked when we received the sample. We could only wait for a new victim of TDSS.

On the 22nd of August, a user called Plus88 on the softpedia.com forum complained about 100% CPU usage that caused him to suspect that his PC was infected. Scan revealed that the computer had been infected with TDSS. The user also found a command line string process with 100% CPU usage:

After quick analysis we obtained a sample of TDSS with the specified parameters.

A string which is responsible for a Bitcoin pool points to the site generic–t00ls.com. This site has a pushpool which works as a proxy to the real Bitcoin pool. User name and password for pushpool are pseudorandom and stored in an encrypted file named bckfg.tmp. An analysis of conhost.exe revealed that it is just a Ufasoft GPU miner.

Unfortunately it is impossible to obtain the name of the pool and cybercriminal who used the TDSS botnet for transactions unlike some previous incidents. It is also impossible to reveal the real amount of money earned by the botnet owner with Bitcoin. But the use of such sophisticated malware as TDSS testifies that cybercriminals are getting more and more interested in Bitcoin, and the growing interest correlates with growing amounts of money ‘earned’ by bad guys.