Yesterday, Lavabit – a secure e-mail provider – announced that it’s closing down their operations. The official text and the Website looks like this: 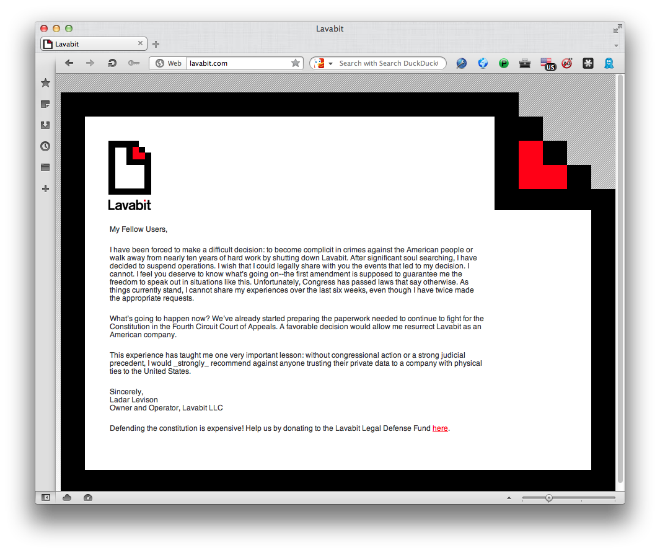 Lavabit was one of the very few secure e-mail service providers bringing security for its paid customers by encrypting all locally stored e-mail messages with an asymmetric key and AES-256. This means that in order to decrypt the messages, an attacker would need to compromise the server first and then to know your password. There was no way even for Lavabit to decrypt emails without a user’s password. A detailed description of how the Lavabit technology worked is available here: pastebin.com/rQ1Gvfy0

In general in order to make an e-mail server secure there are several criteria to match:

Nowadays most email servers supports the first of the criteria listed above. The end user, i.e. us, may also accomplish criteria 2, 4 and 5.  For criteria 3, in most cases, it is something which e-mail providers either do not offer or they implement it poorly.  For example, sometimes the encryption and decryption keys are one and the same and managed by the e-mail provider.

With the closing of Lavabit, a secure e-mail platform, perhaps the best that was available, is no longer available to the masses.

The questions to all of you are, if an e-mail service meets all 5 requirements will it sooner or later shut down or start collaborating with governments? And which equivalent or alternative service do you recommend or use?