I am now back from the Kaspersky conference: Security For The Next Generation, the International Cup 2012 which took place in the Netherlands, more specifically in Den Haag and Delft. All the guests stayed at an amazingly nice hotel named the Steigenberger Kurhaus Hotel. The hotel was located just by the beach at Scheveningen in The Hague.

Kaspersky had invited the winners from the local student conferences taking place all over the world and had them compete for the final title. Not only students attended the conferences, we also had professors from universities around the globe and also some of the experts from the Kaspersky Global Research and Analysis Team.

More information about the student conference can be found here:
http://www.kaspersky.com/about/events/educational-events/it_security_conference_2012_international

This day was probably one of the weirdest days in my entire life. It started out amazingly with a nice breakfast, a sweet espresso and great music flowing out from my speakers. I checked that I had everything fixed: passport was there, all the clothes was there, flight and hotel bookings, everything was there.

Suddenly I heard the taxi coming, so I took my bags, my stuff and I locked the house. The taxi then took me to the train station, where I had to take a bus for half the journey due to some maintenance. I didn’t really care about this because I had some bombastic dubstep with me, so I just jumped on the bus en enjoyed the ride.

After about an hour, we stopped at some deserted train station where we all got off, and then took the original train to the airport. Before jumping on the train I just wanted to double check that I had everything with me, but there was something missing… MY WALLET! DAAAANG!

My first thought was that I had dropped it somewhere in the bus, but it was not there. So I started to check my bags, but still could not find it. When I was almost going insane looking for my wallet I heard the train to the airport leave. This meant that I was completely deserted, without any money, at this random train station.

GAAAH! How was this even possible? But anyway, I decided to call my colleague Ram, who was already at the location in the Netherlands, and inform him about the situation. I also decided to try to get back home and look for my wallet. Suddenly I saw this bus approaching the train station, which was going back home.

I tried to explain that I had left for Amsterdam without my wallet and I needed to get back home, and to my surprise the bus driver actually let me on board. SUCCESS! FLAWLESS VICTORY!

But when I finally got back home, I could not find my wallet. I looked EVERYWHERE inside the house. At this point I was starting to get nervous because I had already booked another flight and new train tickets, which meant that I just had to find that wallet.

When running around like a crazy chicken I decided to go out to the car and see if it was there, and once again, SUCCESS!! I now had my wallet, and the journey could continue.

But, sorry guys, the story doesn’t really end here. Once I was checked in and waiting for my gate, we got the news that the plane had been delayed. We were waiting for about 45 minutes before we could go out to the runway. And once on the runway we had to wait another 30-45 minutes because there was something wrong with the engine. At this point I was starting to get annoyed because I really wanted to see the last part of the movie I had been watching on the train to the airport – SLUMDOG MILLIONAIRE.

The pilot then decided that flying the plane was a bad idea, so we drove back to the gate. They then let us go back to the waiting hall, and told us that they would have to fly a plane from Amsterdam to Copenhagen because our flight was fully-booked. Well, I understand that safety comes first, but everyone was super-tired and just wanted to get to their final destination.

I ended up at 03:00 in my room at this nice hotel in the Netherlands, totally smashed, so I went directly to bed. Guess what? The d*mn aircon wasn’t not working, and it was blazing hot in my room. I thought to myself – well, why don’t you just open then window? So I did, and the sound from the ocean was so loud that it was impossible to sleep. I did finally fall asleep, and woke up around 11:00 the next day. No breakfast, no nothing…

The day started with some nice introductions from key people within Kaspersky. Martijn Van Lom who is the General Manager for Benelux and the Nordics, gave a welcome speech; and, of course, we saw one of Eugene Kaspersky’s famous welcome videos. Actually, now when I think about it we had a bunch of people opening the conference, which in a weird way was pretty cool.

Instead of having a keynote presentation, we invited some of the Kaspersky experts together with some of the professors for a panel discussion. The topic of the panel was “Hackers versus Security Experts: Who is Winning the Race?” which was moderated by me. I really tried to act as the devil’s advocate and not wear my Kaspersky hat. It was a pretty slow beginning but after that I think the discussion was very valuable for the students.

I don’t want to give any spoilers on the student presentations, but in general the quality of both performance and papers was very high, I was very satisfied with the people who presented. 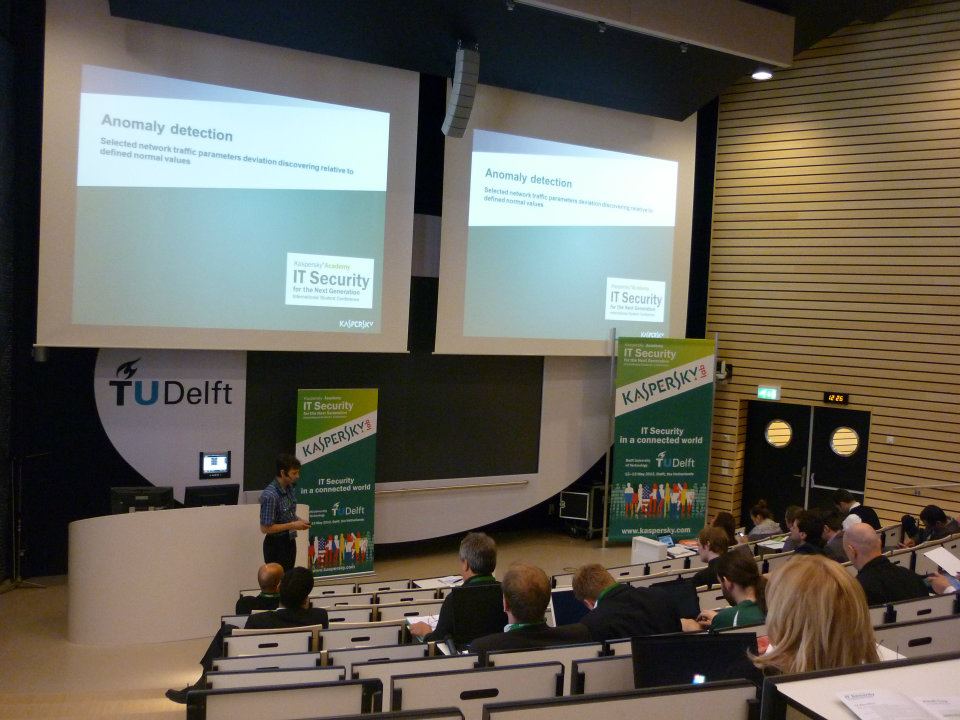 After all the presentations, I decided to check emails, and prepare for the Linux (in)security workshop that I would give. It was not only me who stayed at the hotel – there were also some other Kaspersky Lab experts such as Roel and Denis. Together we found a really nice restaurant just by the beach where we sat down for a meeting. It is not that common that we meet face-to-face since we are spread all over the world.

After our meeting we met up with the rest of the group, who had been on a trip around Delft, at a nice Dutch restaurant where I, together with Mark Seeger (last year’s winner), recorded some amazingly funny interviews with the students – putting not just their knowledge but also their humor and social skills to the test. Some of the questions involved identifying new unique body parts that would be used for biometrics, and how to use phishing attacks to avoid Moonwolf (just something we made up to trick the students) attacks.

It turned out that the problem with the aircon had not been fixed, because I hardly slept because of the crazy heat in the room. I woke up, took a shower and then headed down for breakfast. It was a super-nice buffet, with tons of juicy fruit that I really enjoyed.

The day started with Alexander Gostev giving a nice presentation about “The New Era of Cyber Weapons: from Movies to Reality”, which was very well received. After Alexander our mobile security guru Denis Maslennikov gave a presentation about mobile security. At this time I was already in the room where the Linux (in)security workshop was to be held, preparing by booting all the machines. 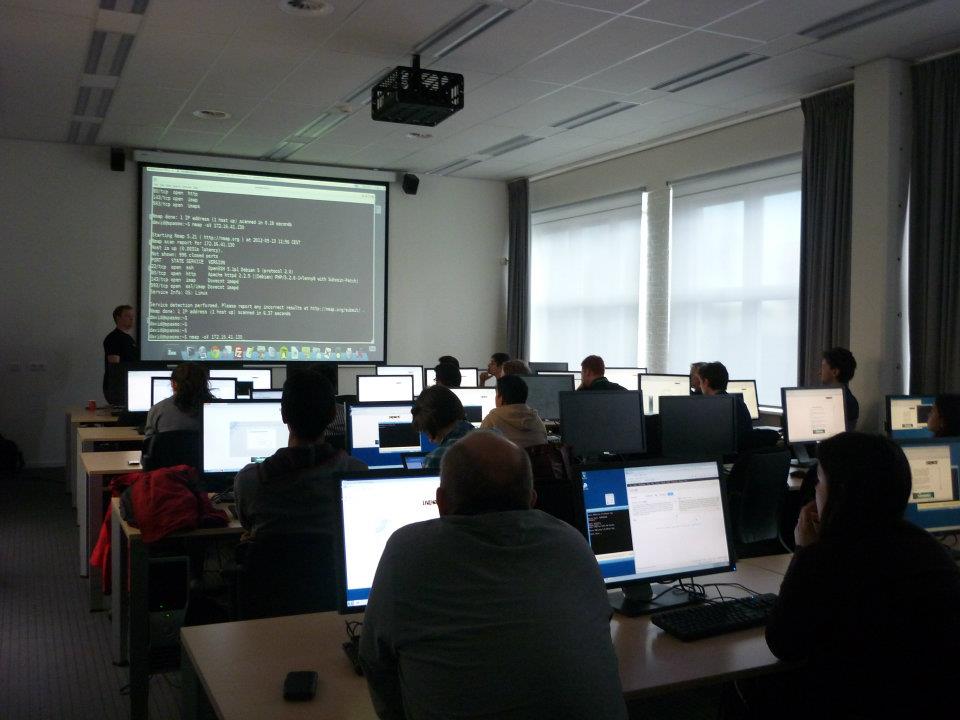 Not only the students showed up, but also some of the professors and technicians from the technical university of Delft. The workshop allowed the participants to understand why Linux needs hands-on configuration, but also to play around with some of the insecurities that result from using a default configuration. It seems that the workshop was very well-received by the people who participated.

After a long day with presentations and workshops we went on a tour around Haag where we ended up eating Soused herring. I am from Sweden, and we have some crazy food habits, but this fish was terrible – I just took a small bite. If you want to read more about this Soused herring, check out this wikipedia page: http://en.wikipedia.org/wiki/Soused_herring. 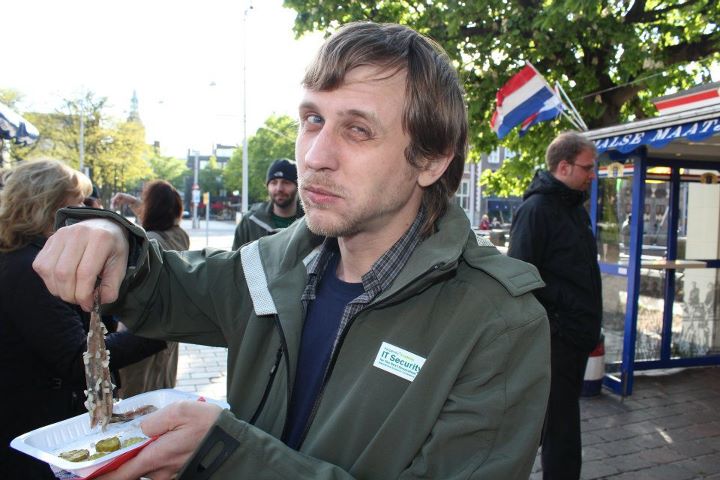 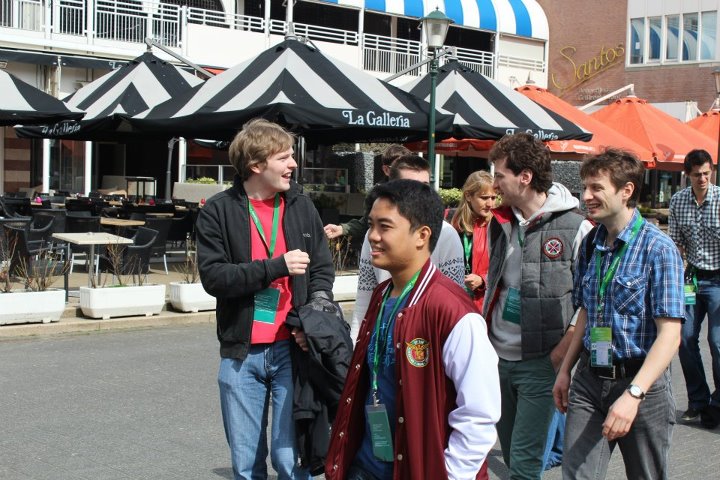 After this crazy activity, we took a bus to Madurodam, which is a miniature city. It is a model of a Dutch town on a 1:25 scale, composed of typical Dutch buildings and landmarks that can be found at various locations in the country. More information about this can be found here : http://www.madurodam.nl/en/

We also have a gala dinner at a restaurant located within the Madurodam Park. Once again, I was there with the camera, conducting some really nice interviews with students. Hopefully you will see some of the interviews soon on a Youtube channel near you. For some of the interviews the interviewee is standing with a tulip in their mouth answering questions about how the different genders can improve stability on the Internet by creating gender-based-internet-zones.

This is actually the end of the story… well, actually it’s not because the Kaspersky gang enjoyed a team building event in Amsterdam the next day, but that’s a completely new story which will only be told over some nice drinks in a dark room 🙂 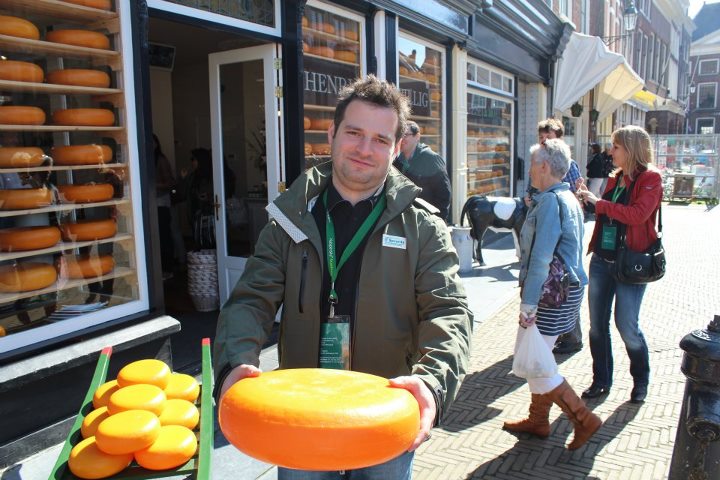 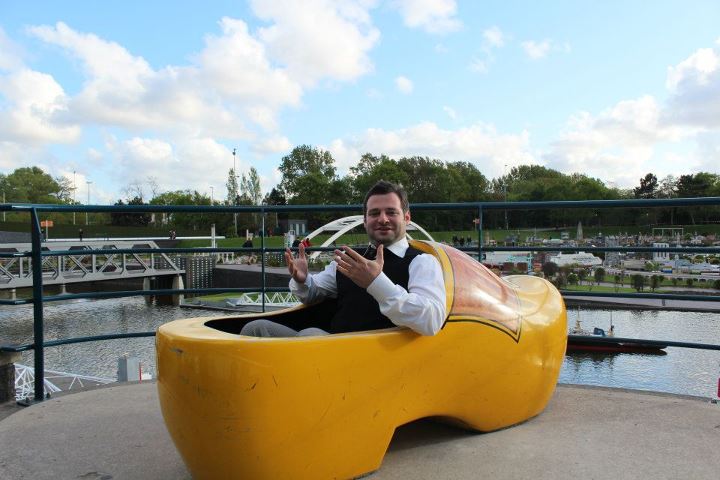 I hope to see you, and interview you, next year! Be prepared!