Come for the exploits, stay for the lines

Blackhat and Defcon 2015 are being held in Las Vegas this year in the Mandalay Bay and Paris hotels, with 9,000 people in Blackhat attendance and more at Defcon. While attending Blackhat is far more expensive, you are almost assured a spot at the talks you intend on attending. At Defcon, it appears that most attendees have been assured to wait in line to miss most of the talks they are interested in, with other folks yelling about it in the halls. The Defcon organizers chose a new venue for the conference this year, and it needs to be fixed. 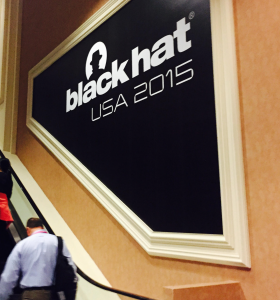 Blackhat had another fantastic lineup with some mind-blowing content, as in previous years. A wide range of topics were presented this year and we found several very interesting. You already may find tools on github and papers and slides for many the presentations on blackhat.com. We can expect videos of these talks on youtube in the near future. The Defcon organizers will upload a torrent of the talks as they have done in previous years:

Of course, the hallway track is often as valuable as attending the talks themselves. 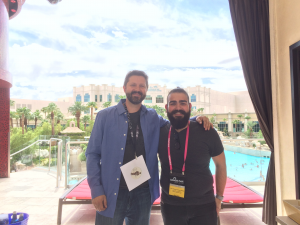