Cybercrime Is Here to Stay

Our society has evolved to the point where many if not most of us spend a significant portion of our lives online. In many ways, this online virtual world mirrors our real world. Criminals, who are an unfortunate but integral part of our social structure, quite naturally have also appeared in the virtual world. The presence of cybercriminals has become more pervasive today because the freely growing online exchange of money and data has created an increasingly tempting target. Today the cybercrime ecosystem is close to maturity – welldefined relationships and business models are already in place. A new class of cybercriminals freely and openly buys and sells malicious code. These cybercriminals range from petty fraudsters who steal small sums in large quantities to individuals who attempt to steal large sums of money at one time.

Criminal activity has always mirrored legitimate business – the image of a Mafia accountant may be the first to come to mind. However, it is worth noting that cybercrime is not currently organized into one or more worldwide Mafia-like organizations with a “Dr. No” figure at the helm. Rather, it’s an interdependent world based on groups who have complementary functionality. For example, the individual or group owning a botnet capable of launching DDoS attacks or distributing spam needs email addresses. Someone else, whom the botnet owner need not know or have other contact with, fills this need by stealing and selling the needed addresses. This business model in many ways mirrors the business model of legitimate businesses. Just as a motor production company’s presence in an area spawns spin-off industries, such as carburetor manufacturers or nuts and bolts suppliers, cybercriminals need not be connected organizationally, but only for mutual economic benefit.

Cybercrime As a Business

Contemporary cybercrime is like any other business. It behaves according to traditional business principles such as profitability, ease of use, risk management, and emerging markets.

The most important criterion for any business is profitability, and cybercrime is no exception. As a matter of fact, cybercrime is extremely profitable. Large sums have been stolen successfully in one-shot deals, as well as by acquiring small sums in large quantities. For example, in 2007 alone there was an average of one cybercrime reported per month.

These examples are merely the tip of the iceberg. The victims and/or law enforcement agencies cleared these examples for public discussion. Most cybercrimes are either investigated in-house by the affected organizations or by law enforcement agencies conducting undercover investigations. The results are almost never made public. Figure 1, from a recent report by the Computer Security Institute, shows the reasons that organizations choose not to report such incidents. 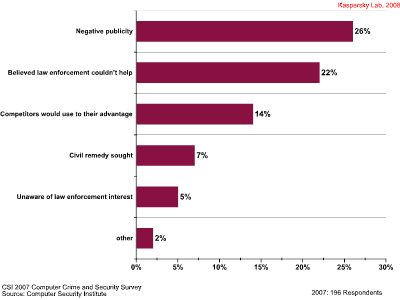 Cybercrime Is Low-Risk and Easy

The second key factor in the rise of cybercrime as a business is that success comes with a minimum of risk. The psychological aspect of crime provides some measure of deterrence in the real world. In the virtual world, criminals never see their individual victims or the corporations they choose to attack. It is much easier to rob the rich or to rob someone you can’t see, touch or feel.

Coupled with the cloak of anonymity is the plethora of online resources available, hawking everything from vulnerabilities, to Trojans for building botnets, to complete rent-a-botnet solutions. (See Figures 2 and 3.) The level of technical expertise required to run a cybercrime business continues to decrease in similar proportion to the increase in the number of Internet-savvy people. 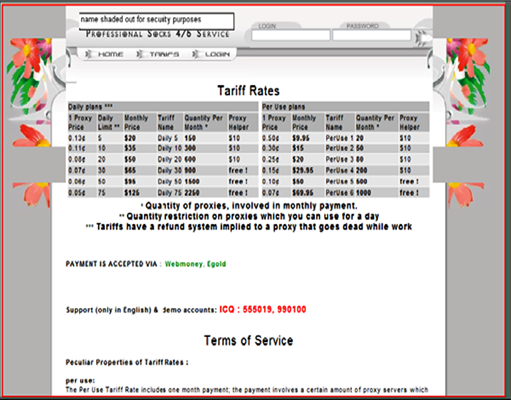 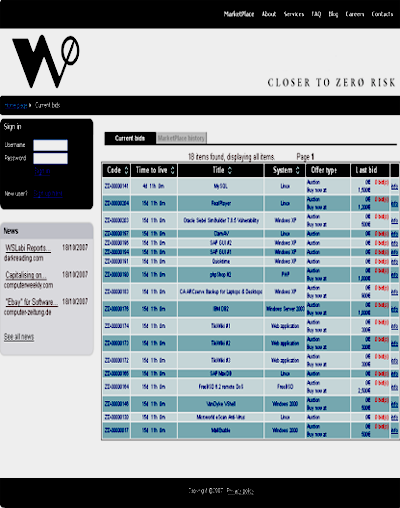 Figure 3 – Screenshot of a Website That Sells New Vulnerabilities

The avalanche of new services that are available via the Internet, along with a world population that now more readily adopts these new services, also contributes to the success of cybercrime. Areas that are especially vulnerable to attack include:

Every generation of criminals chooses its own tools. Today’s cybercriminals use Trojans as their weapons of choice – to build botnets, to steal passwords and confidential data, to conduct DoS attacks, and to encrypt data in order to blackmail the victims. One disturbing characteristic of today’s attacks is the newer goal of maintaining a presence on the infected machine. Cybercriminals are using a number of techniques to achieve this goal.

Today, some cybercriminals opt to conduct discrete attacks that target specific organizations. Writing unique malware for a single target is both timeconsuming and difficult to deploy. However, once launched, these targeted attacks almost always succeed. These attacks usually provide significant return on investment for cybercriminals, making targeted attacks a small but important form of cybercrime.

Currently, botnets are made up of easy-to-manage quantities of infected machines that make it easier to control the bots and to process the harvested data. Profits depend both on numbers of victims and the frequency with which new malware is required. The greater the longevity of the malware on the machines, the more money the controllers earn. Other popular and effective methods that today’s cybercriminals use to increase profit margins include competing against other controllers and the sabotage of security solutions.

The first step in any cybercrime is delivering and installing the malware. Cybercriminals use a number of techniques to accomplish this goal. Today’s leading malware transmission techniques (also called “infection vectors”) are spam mailings and infected websites. The ideal setup for criminals is a vulnerable victim machine that allows malware to be installed immediately, whether it is delivered by spam or by a “drive-by” scenario, where malware is downloaded from a website that the victim visited while surfing.

Once the malware is delivered, the criminals strive for it to remain undetected for as long as possible. Malware writers use a number of technical strategies to maximize the lifespan of each piece of malware.

As a primary strategy, the malware writers depend on stealth not only for delivery, but also for survival. The less visible their malware is to antivirus early-warning radar systems and law enforcement agencies, the longer the malware can be used to provide access to infected machines and to harvest data. Common stealth techniques include rootkit technologies, suppression of system error messages, concealed increases in file size, many and varied packers, and suppression of antivirus warning messages.

Malware authors are also relying heavily on obfuscation techniques to avoid detection. Polymorphism is an obfuscation technique that was popular in the 1990’s and then virtually disappeared. Today, malware writers have returned to polymorphism, but rarely do they attempt to morph code on victim machines. Instead, there is a distinct trend of server-side polymorphism – the re-compiling of code on web servers with “do-nothing instructions” that vary over time, making it significantly more difficult to detect the new malware residing on the server. In fact, today, there are websites where bots re-compile malware as often as every five minutes.

Another common technique used in malware is the sabotage of security programs, to prevent detection and extend shelf-life. Malware sabotage often occurs through the termination of security processes, deletion of code, or modification of the Windows hosts file to prevent antivirus program updates. In addition, malware often removes malicious code that is already installed, not for the user’s benefit, but to ensure “ownership” and control of the victim machine exclusively for its own benefit. This active competition between malicious programs highlights the rich opportunities that are available to malware writers and the criminals that sponsor them.

Ultimately, any security system is only as effective as the weakest link. In the case of online security, the weakest link is always the human factor. As a result, social engineering techniques are a key element in malware dissemination processes used today. Techniques are often as simple as sending links purportedly from a friend via email or instant messaging (IM). These links are crafted to look as if they lead to interesting online resources, but in reality, these links lead to infected web resources. Today, email messages can contain scripts that connect to infected websites without any user interaction at all. Even the educated, highly cautious person who never clicks on unsolicited links is in danger of infection by a “drive-by” download. The inclusion of current events in such campaigns occurs today with alarming speed, yielding astonishingly effective results. Phishing continues to be a major source of infection despite efforts by banks and other organizations that conduct online financial transactions to implement countermeasures. Too many innocent victims can still be convinced to explore interesting links and to accept official-looking communications as legitimate.

Final Thoughts from the Author

In order to manage cybercrime, we need to develop and implement a number of protection strategies. Naturally, anti-malware software and risk management strategies are vital at all levels.

However, I have stated this before and continue to believe that in addition to appropriate protection strategies, a successful anti-cybercrime strategy requires a community effort. There must be a functional Internet-Interpol and ongoing consumer education, much like that conducted to encourage seat belt usage. There should be legal measures requiring people to behave in a secure and legal fashion online, as well as legal consequences to support enforcement efforts. Just as with seat belts, unrelenting long-term education is needed to gain widespread acceptance for these measures.

While I don’t believe we will ever abolish cybercrime any more than we have abolished crime in the physical world, I do believe that we can make the Internet a safer place. It will take more than the measures listed above, more than a single company, and more than a single government. We need a united community of individuals that each do their little bit for online security … a community like this can and will succeed in winning against cybercrime most of the time. And most of the time is a goal worth striving for