FakeAv schemes are designed to trick you into running what looks like legitimate security software on a system and providing credit card and personal identity details. Fraudulent software like this is delivered to a system with drive-by exploits which require no interaction or delivered with social engineering tricks that con you into willingly running this malware on your system. See the screenshot below from a Windows 7 system browsing one of the FakeAv distribution sites. If you were visiting this web page, you might think that malware really is all over your system. 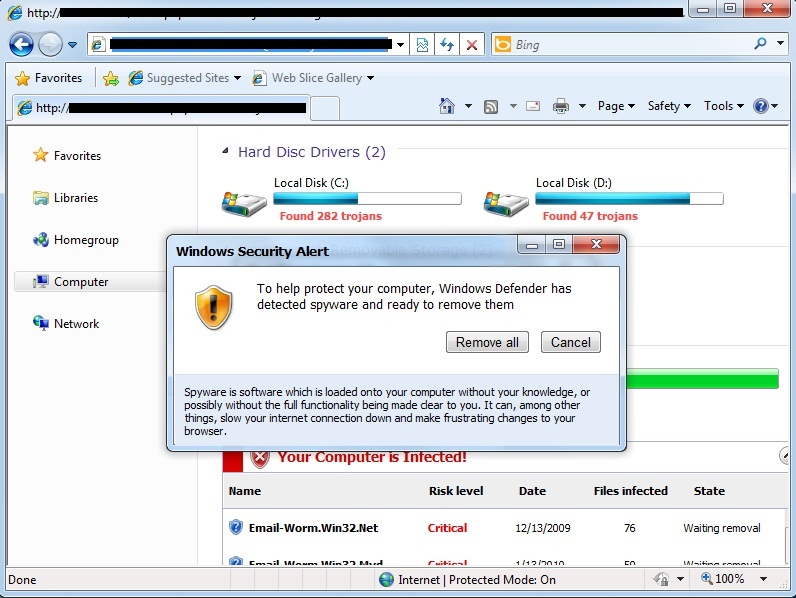 If you are duped into clicking on a button to install software from this site, you will be prompted to download “inst.exe”. If you run the file, the first images that you will see warns of a successful Security Tool install. In the background, “inst.exe” is copying out a batch file and a randomly named exe to %appdata% and executing them. The batch file deletes the original inst.exe file. After this, your system will display a series of fraudulent messages claiming that your system is infested with malware. 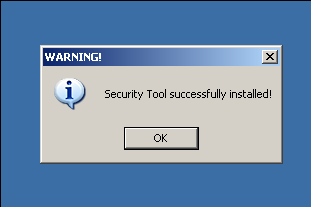 That’s pretty easy. But let’s just say that you haven’t caught and removed the infection by this point. You reboot your machine, or the malware forces a reboot. When the system comes up, removal can be trickier. When your system boots up and you log in, several seconds later, you will see a phony scan of your system. 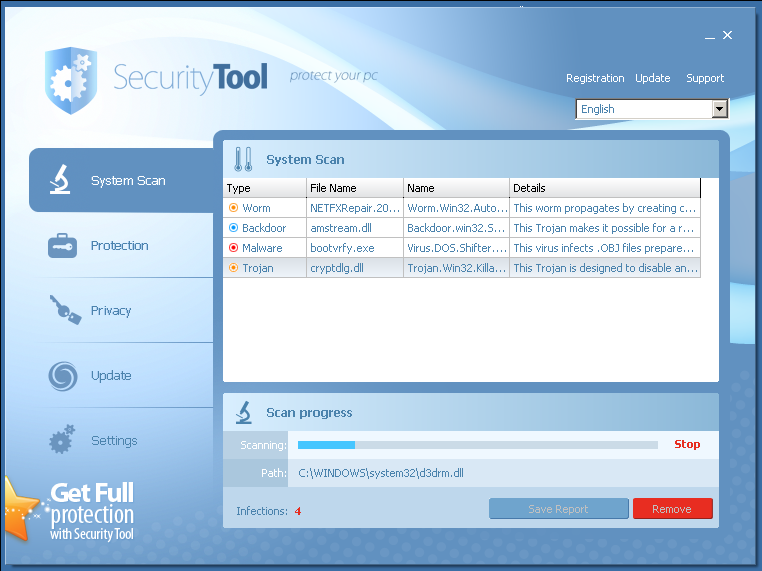 From this point on, any application that you attempt to start is terminated by the malware. When you try to run anything, the malware kills it and displays a popup, claiming that the application is infected with Virus.ABC and urging you to provide your credit card details to clean up, instead of remaining “unprotected”. Below is a screenshot of what happens after you try to open task manager to kill the FakeAv process. Instead, task manager is terminated by the FakeAv and the popup displayed. 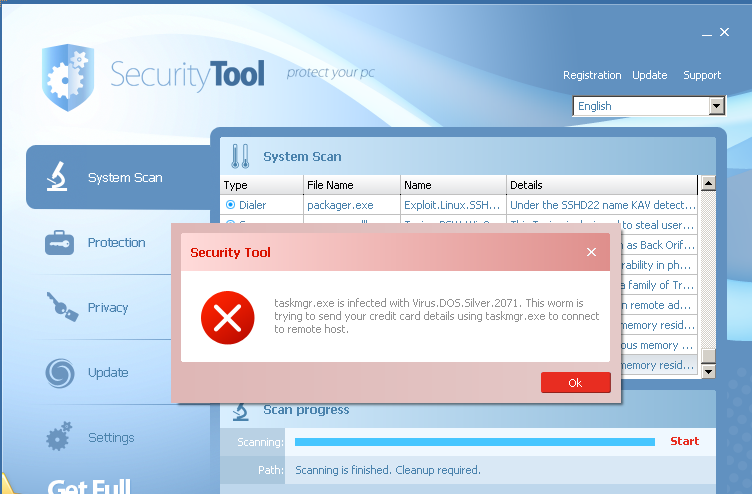 When the malware is allowed to run for more than a few minutes, remediation urgency is cranked up with a FakeAv-provided phony BSOD. The information presented in the text is consistently comic in its construction, as in other FakeAv pages “Check to make sure any new hardware of software is properly installed” 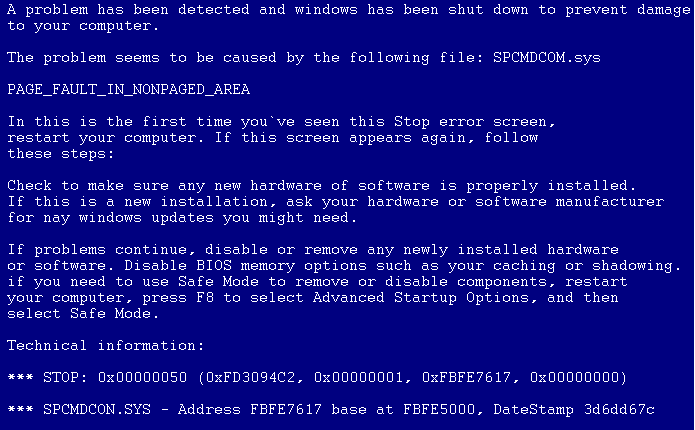 At this point, your best option is to perform a cold reboot (hit the power button). When the system loads, you need to quickly start the Task Manager, in the few seconds before the FakeAv exe starts. You can then follow the steps outlined above for killing and removing the FakeAv infection.

If you were duped into entering your credit card details into the dialog box looking like the screenshot below, contacting the card issuer at this point would be a good start to report the situation. 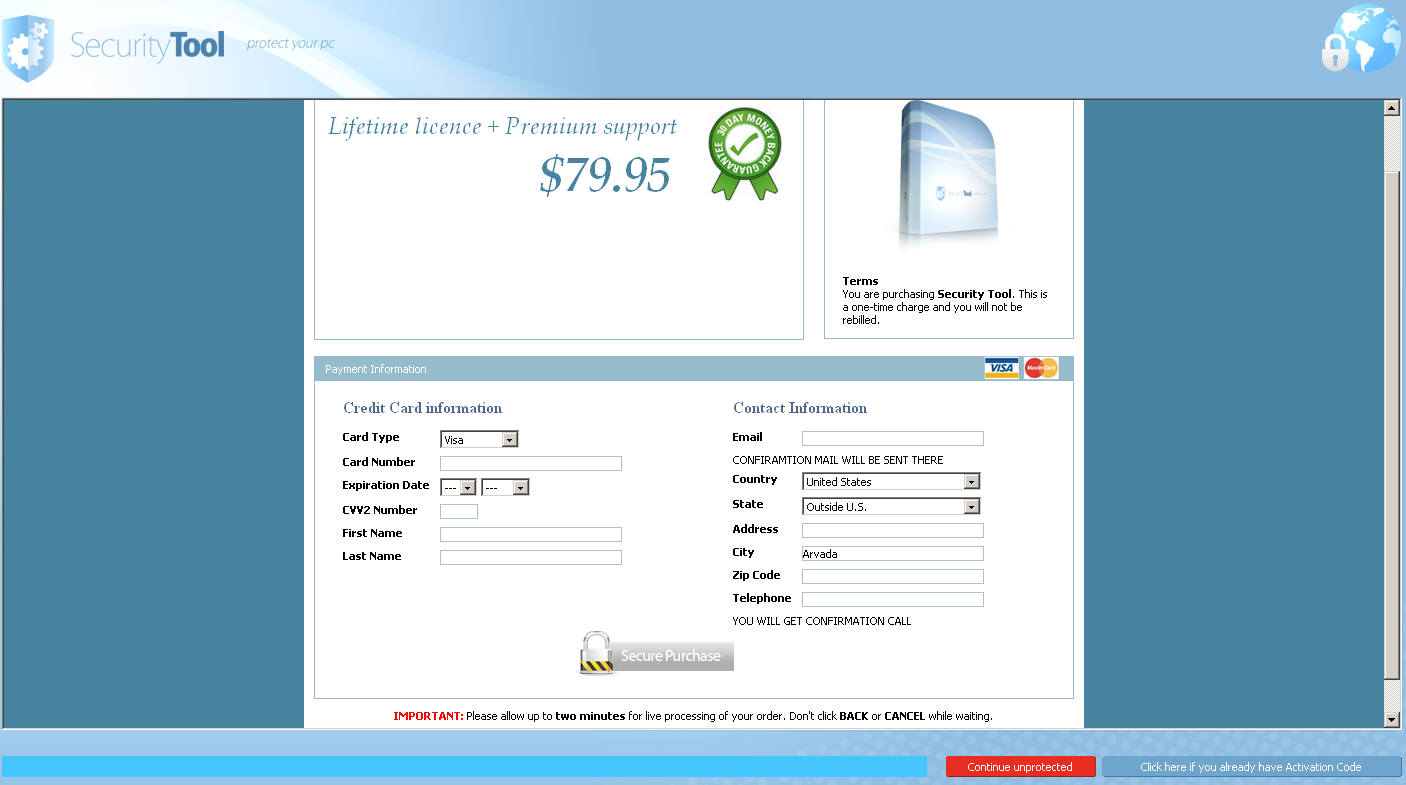