The very nature of wireless Wi-Fi networks means that hackers or criminals simply need to be located near an access point in order to eavesdrop and intercept network traffic. Poorly configured access point encryption or services that allow data to be sent without any encryption pose a serious threat to user data.

Confidential data can be protected by encrypting traffic at wireless access points. In fact, this method of protection is now considered essential for all Wi-Fi networks. But what actually happens in practice? Is traffic always encrypted on public Wi-Fi networks? How does the situation differ from country to country? Kaspersky Security Network statistics can answer all these questions. We compared the situation with Wi-Fi traffic encryption in different countries using data from our threat database. We counted the number of reliable and unreliable networks in each country that has more than 10 thousand access points known to us (this obviously excludes Antarctica and other regions where there is not enough data to draw any conclusions).

Using statistics from Kaspersky Security Network (KSN), we analyzed data from across the world for almost 32 million Wi-Fi hotspots accessed by the wireless adapters of KSN users. 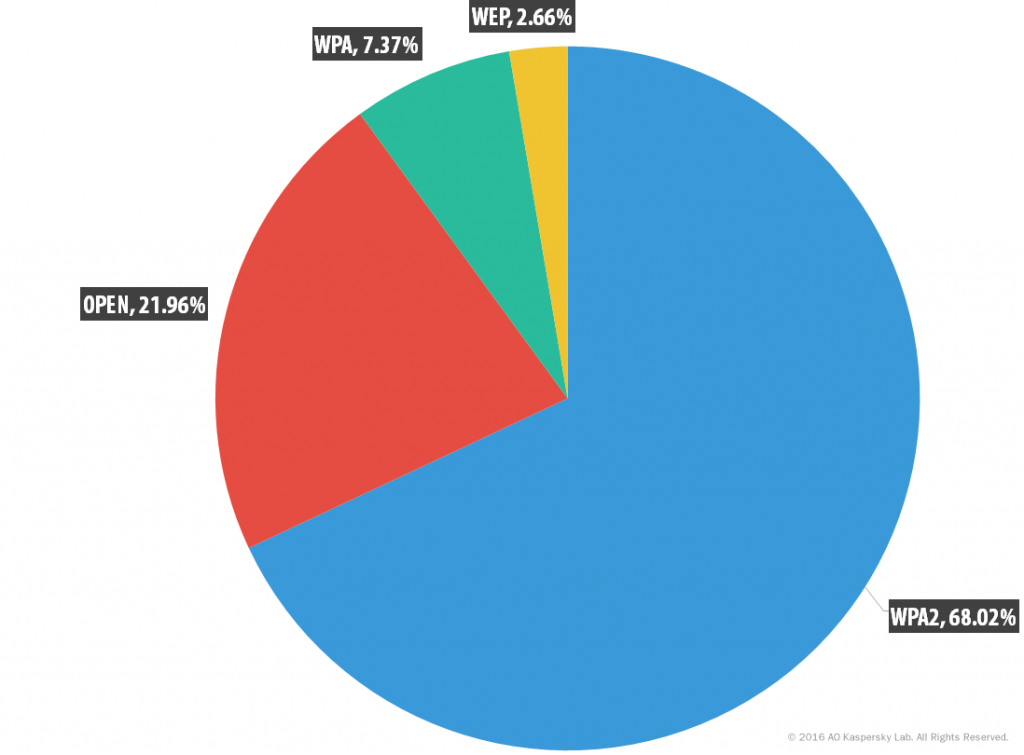 Encryption type used in public Wi-Fi hotspots across the world

Approximately 24.7% of Wi-Fi hotspots in the world do not use any encryption at all. This basically means that by using an antenna capable of sending and receiving data at 2.4 GHz, any individual located near an access point can easily intercept and store all user traffic and then browse it for data they are interested in. Fortunately, modern online banking systems and messengers do not transfer unencrypted data. But this is the only thing that prevents users of Wi-Fi networks with unencrypted traffic from revealing their passwords and other essential data when using an unsecure access point.

The WEP (Wired Equivalent Privacy) protocol for encryption of data transferred over Wi-Fi is used by approximately 3.1% of all analyzed access points. The protocol was the first to be created, quite a long time ago, and is now completely unreliable – it would take hackers just a few minutes to crack it. From a data security point of view, using WEP is not much different from using open networks. This protocol is being relegated to oblivion everywhere, but as we see from the chart above, it can still be found in use.

Around three-quarters of all access points use encryption based on the Wi-Fi Protected Access (WPA) protocol family. The protocols from this family are currently the most secure. The effort required to hack WPA depends on its settings, including the complexity of the password set by the hotspot owner. It is worth noting that an attempt to decipher traffic from “personal” (WPA-Personal, PSK authentication) wireless networks (with public access points) can be made by intercepting the handshakes between the access point and the device at the beginning of the session. “Corporate” versions are protected from this sort of interception because they use internal company authorization. When it comes to “personal” WPA2 attacks, the situation is similar to that of WPA and mostly depends on the strength of the password set by the hotspot owner.

It is only fair to note that during a standard attack on a Wi-Fi access point, a personal computer can generate from 50 to 300 keys per second on average. If the encryption key is strong, it will take years to hack it. Still, no one can guarantee that the key used at a cafe will be secure and that the attacker will have nothing but a PC at their disposal.

Overall, it can be said that today’s WPA/WPA2 “non-enterprise” versions are reasonably, but not absolutely, secure. In particular, they allow brute-force and dictionary attacks. There are ready-to-use publicly available tools (aircrack-ng and similar software) for performing such attacks, as well as a large number of manuals. 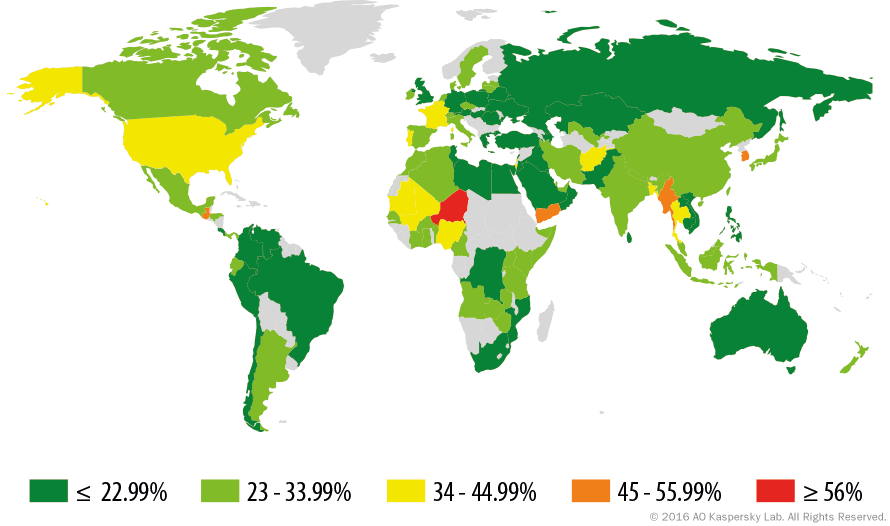 We would like to note that the five countries with the highest proportion of unsecured connections include Korea (47.9% of unsecured Wi-Fi access points), while France (40.14%) and the US (39.31%) rate 9th and 12th respectively in the list.

Germany appears to be the most secure among Western European countries, with 84.91% of access points secured by WPA/WPA2 protocol encryption. 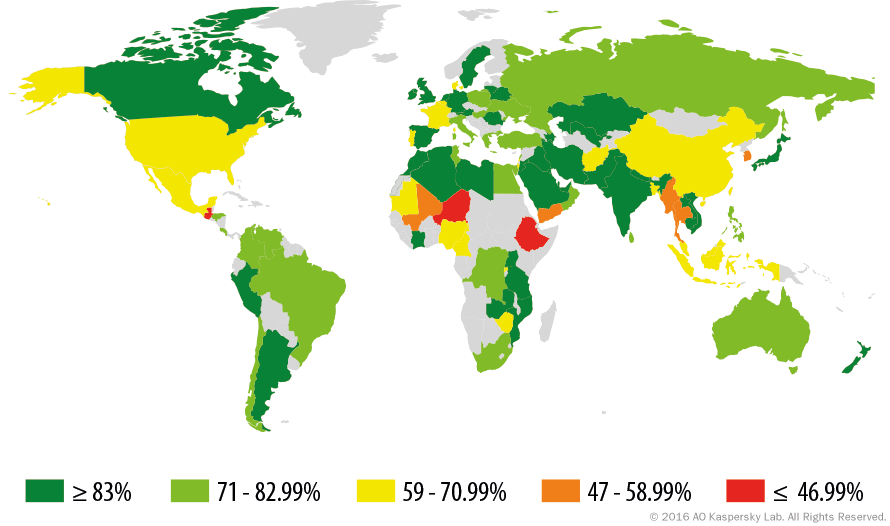 Share of Wi-Fi hotspots that use WPA/WPA2 (by country)

However, even when using an encrypted connection, you should not completely rely upon this security measure. There are several scenarios that could compromise even well-encrypted network traffic. These include fake access points with names that duplicate or mimic real ones (for example, TrainStation_Free or TrainStation Free) and compromised routers forwarding traffic without encryption to attackers (malware tools that infect such devices are already “in the wild”). At any rate, taking care of your own security is a good idea.

There are several simple rules that help protect personal data when using open Wi-Fi networks in cafes, hotels, airports, and other public places.

One example of a dedicated solution is the Secure Connection tool included in the latest versions of Kaspersky Internet Security and Kaspersky Total Security. This module protects users connected to Wi-Fi networks by providing a secure encrypted connection channel. Secure Connection can be launched manually or, depending on the settings, activated automatically when connecting to public Wi-Fi networks, when navigating to online banking and payment systems or online stores, and when communicating online (mail services, social networks, etc.).

Research on unsecured Wi-Fi networks across the world 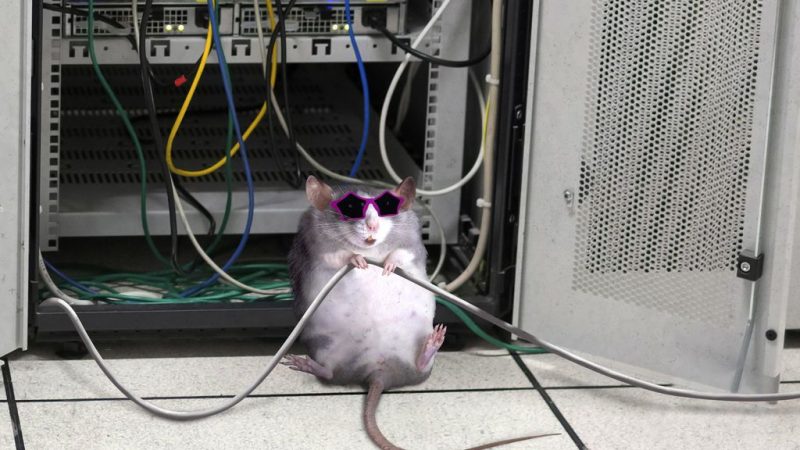