Messages from bank workers or millionaires looking for someone to help them cash in huge sums of money are no longer capable of surprising us. Most of these emails are written in English, which has long been the language of international correspondence – it was unusual to ever see these kinds of messages written in other languages.  However, that has changed, and now we are increasingly seeing letters like this written in Portuguese, French, Spanish and Russian as well as in Hebrew, Belorussian and Arabic.

Here is a letter about a win in an “Australian Lottery” held across several continents. It is written in Arabic and uses a standard scam: the recipient is told that he/she was randomly selected from among millions of people and has won a large sum of money. In order to claim the money, the user has to contact the scammers. 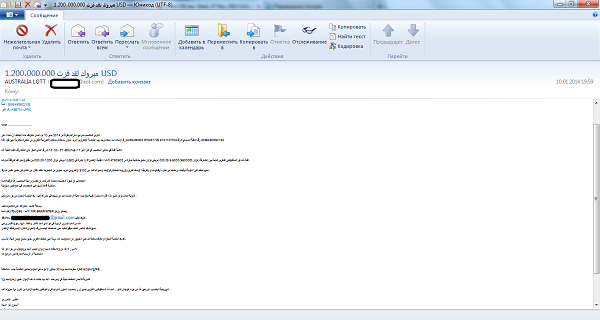 In the next letter, written in Hebrew, a bank clerk offers to share a multi-million fortune that belonged to a client of the bank who died in an accident. 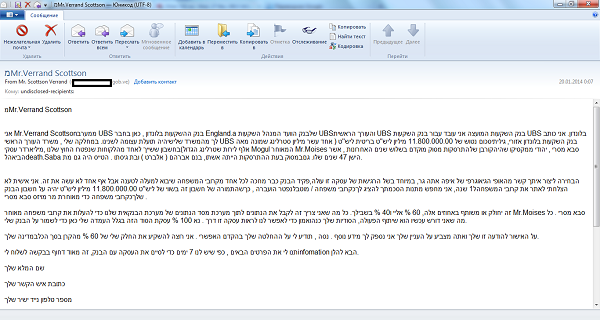 The following letter is written in Belorussian and again tells of a millionaire who has died. The bank is searching for his relatives so they can pass on an inheritance. 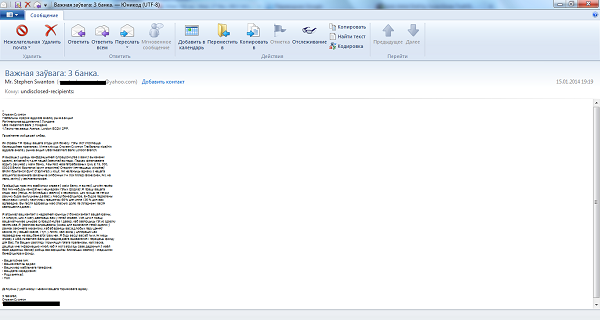 The scammers often use electronic translation tools to translate their messages into other languages. As a result, their messages can be distorted during translation. Also, the scammers don’t pay much attention to the regional characteristics of the potential recipient – using the same stories about millionaires dying without leaving an heir, and merely translating the texts into the appropriate language. If you receive a message like this in your native language and find certain things about it odd, it’s better to just laugh at their attempts to be polyglots, and ignore all their promises of wealth. After all, regardless of the sums mentioned or the language used, these scams remain just that – scams.