Yesterday morning we received a sample from Cuba of a malware that looks for the following audio and video file extensions after infecting a victim’s machine: .mp3, .mp4, .mpg, .avi, .mkv, .vob, .dat, .rmvb, .flv, .wav

Once the files are found, the malware overwrites them with a generic mp3 track that you may listen to here.

It’s a locally refurbished version, probably in the same country mentioned above, targeting mainly Spanish-speaking users. It’s written in Delphi and according to the timestamp, it was compiled on September 10, 2013. There is a message intentionally left in the code:

There is another hidden functionality to this malware- it spies the victims’ machines. It steals information from the clipboard, makes screenshots and registers all keystrokes from the keyboard of the victim. Given this concealed function, the malware’s initial act of overwriting the audio and video files is probably just a distraction from its true purpose.

The sample propagates via USB devices by enumerating the disks and making a copy of itself on them. 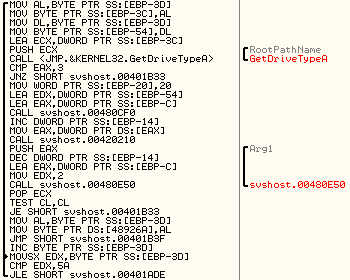 The sample was initially detected by KSN technology some time ago and now it’s also detected via regular updates as Trojan.Win32.Malex.af