I have never bought a PlayStation and neither has my colleague Micha-san from Japan – well, in his case, at least not from Brazil. Nonetheless, we both received the same email notification: 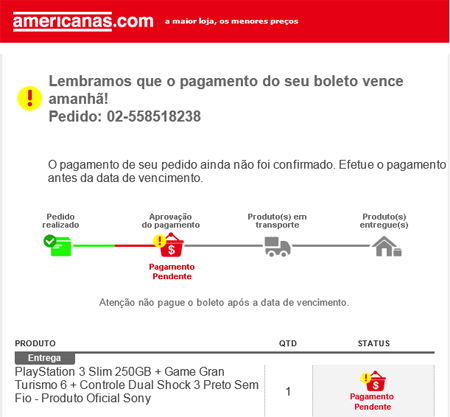 In this instance cybercriminals from Brazil have used a new, yet very strange technique – spreading Trojan bankers via .Jar files. I say strange because even if you just click on a .jar file, it won’t run unless you type “java -jar filename.jar” in the console; however this did not stop Brazilian cybercriminals and they even managed to spoof our email traps in Japan!

After uncompressing and then disassembling, you will see the code
encrypted with a substation cipher. This is how the code looks like
before it’s decrypted:

The substation cypher routine is embedded into the code and this is
an example of how  it works:

The complete table of substituted chars is this:

This small 14Kb .jar banker works as a downloader and is detected by
Kaspersky Anti-Virus as Trojan.Java.Agent.da

Once it infects a victim’s machine, it creates a fake Google Chrome
folder where it stores the newly downloaded banker from the
mentioned URL. It also sends the victim’s PC information to a remote
server, which is already down.

Why have cybercriminals from Brazil now switched from Delphi to
Java? Perhaps this is a new generation of cybercriminals who no
longer receive Delphi classes.