Day 2 of Mobile Business Expo was just as enjoyable as the first. Today I threw caution to the wind, took off my anti-virus researcher hat and locked my habitual suspicion away. Today I simply soaked up what the future has to offer in the way of mobility. 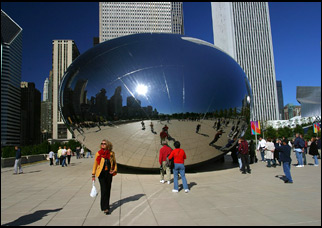 It’s a future that’s awe-inspiring, particularly when you consider (as one presenter pointed out) that the current generation only really knows mobile devices. It’s a generation that’s aware of desktops, but which shuns them in favour of modern smartphones and their prodigious communication functions.

There were a lot of predictions of increased smartphone use in the U.S. and the convergence of as-yet-unstandardized data transmission techniques. These will ultimately complement each other to provide better coverage and higher bandwidth capabilities for 3G and so-called 4G mobile devices.

A representative from Palm included some interesting statistics in her presentation: 65% of the U.S. workforce is mobile, and therefore equipped with a range of mobile devices, including laptops. And another statistic: 744 million smartphones in operation worldwide, with 104 million of them in the U.S. Far fewer than one might expect given how much of the workforce is considered mobile. I think these numbers show we can expect to see a significant rise in the numbers of mobile devices used in the U.S. for work purposes.

All Hail the New Technologies!