This is one of those scenarios where the user looks for protection but only finds problems.  Sergio de los Santos, a friend of mine, has shared with me a link to a false App that pretends to be AdBlock Plus, the well-known and useful application that many users have in their web browsers. At the time of its download, the application was active in Google Play and all who downloaded it, instead of the App blocking non-desired ads on their web browser, received the exact opposite- more ads and more problems related to data privacy. 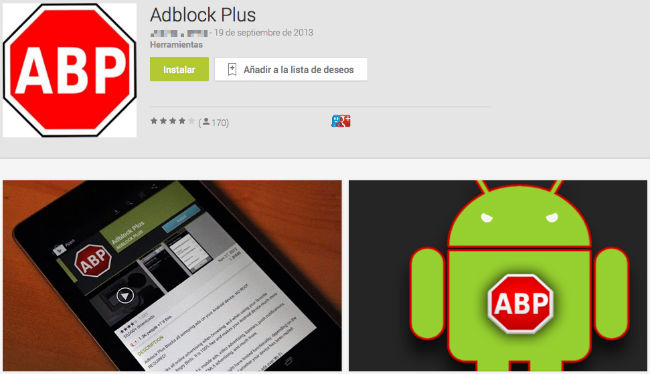 I say this because at analyzing its code, one could notice that it is in fact an Adware. Kaspersky Anti-Virus detects it as HEUR:AdWare.AndroidOS.Starsys.b

But what exactly does this malicious application do once installed on the victim’s device? The answer is it does many things, among which are:

The Adware is monetized through RevMob https://www.revmobmobileadnetwork.com
The same RevMob page explains how this works:

“A simple and effective ad unit invites the user to download a free app. You get paid for clicks and installs. “

This is the use the creators of Adblock Plus have for this false App. Thankfully, at the time of writing this post, the malicious App had already been removed.

Ad Plus instead of AdBlock Plus