Several media reported the news on January 7th, 2014, that a PC associated with “Monju” (the Fast Breeder Reactor of the Japan Atomic Energy Agency) was infected by malware and there was a suspicion of information leaks. Some pointed out that the infection had possibly been led by the abuse of the legitimate update of “GOM Player”, which made it big news. GOM Player is a free media player with popular video/audio codecs built-in, favored by many Japanese people. It is different from similar free media players in some notable points: it supports major file formats such as AVI, DAT, DivX, MPEG, WMV to name just some; and it officially deploys a Japanese version. Its users are said to be more than 6 million in Japan.

Two files are included in the archive:

The “install.exe” checks which environment it is running in, 32bit or 64bit, using IsWow64Process function (Fig3):

Fig3: Estimation process by the “install.exe” 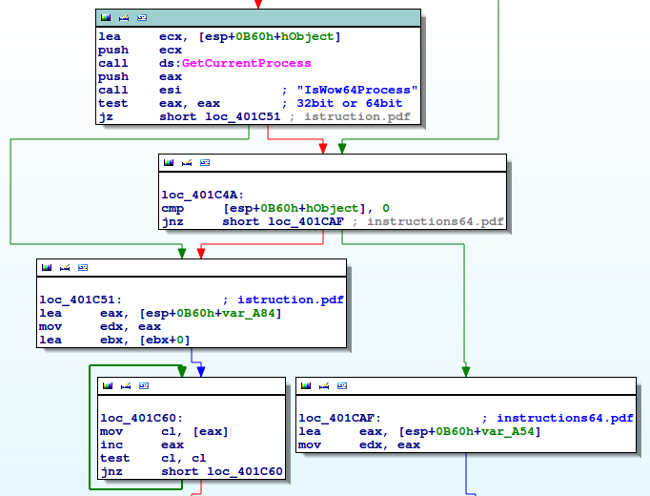 Based on the result of the estimation process, it reads “dll.tmp /dll64.tmp” (based on the environment) and xor-decrypts it with “x14”, then generates “install.ocx” in “%windir%temp”. Fig4 shows the xor decryption process. 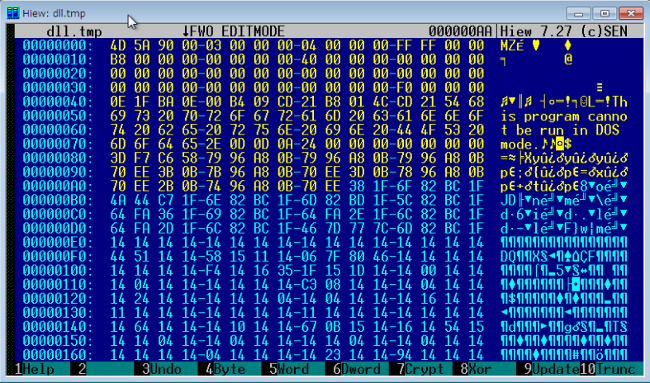 Then it copies “instructions.pdf /instructions64.pdf” (based on the environment) to the same folder as “install.ocx”.

It creates two values “Default”=”%windir%install.ocx” and “ThreadingModel”=”Apartment” in the following parts of the registry:

In the memory of the decrypted “instruction.pdf/instruction64.pdf”, it reads the 0x400byte data at the foot of the file. It searches strings such as “AAAAAAAA”, “PPPPPPPP”, and “BBBBBBBB” from the data, then extracts the data which follows them. Finally, it decodes base64 and calculates “add x7a” and “xor x19″(Fig5). 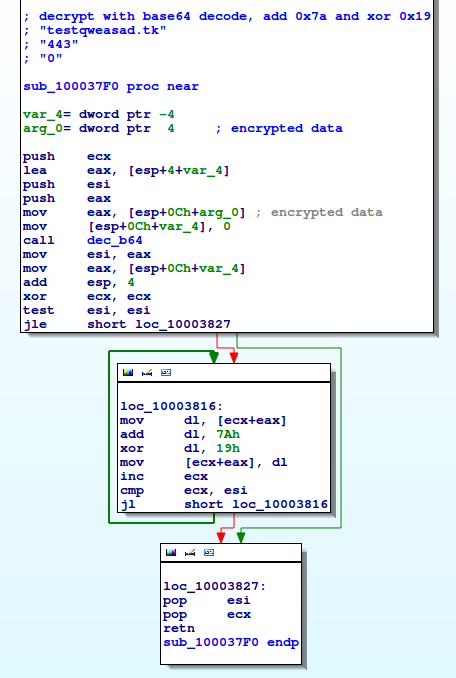 The table below shows the name of the data before/after decryption:

These strings are used in the domain name and the connection port for the C and C server. 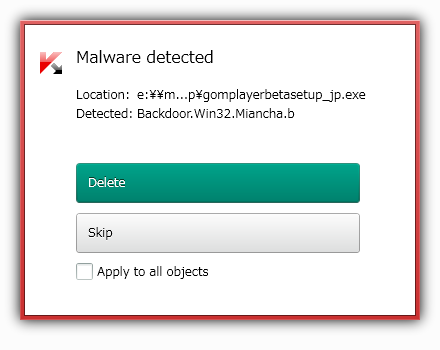 The reason why this free software has been installed in Monju remains unclear. The details remain hidden since its investigation by the law enforcement is ongoing. We will keep a close eye on the situation.