The first half of 2017 began with two intriguing ransomware events, both partly enabled by wormable exploit technology dumped by a group calling themselves “The ShadowBrokers”. These WannaCry and ExPetr ransomware events are the biggest in the sense that they spread the quickest and most effectively of known ransomware to date. With this extraordinary effectiveness and speed, one might expect that at least one of the groups would walk away with a very large cash haul. But that is not the case. 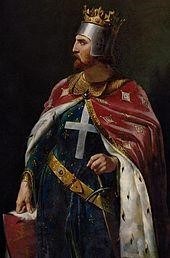 King Richard the I, held for a King’s Ransom of 100,000 marks. The largest ransom in known history. At the time, twice England’s GDP

Both of these incidents were carried out by two very different groups that appear to have been capable of obtaining, but minimally interested in, a king’s ransom. This missing financial motivation is strange, considering the royal capabilities of the exploits that they used to deploy their ransomware.

Also unusual, and preceding and relevant to these 2017 ransomware events, is that groups carrying out aggressive, destructive acts were more straightforward about the matter. We first posted our destructive BlackEnergy (BE) findings in 2014, along with discussion of their “dstr” plugin and odd DDoS features. Allegedly BE later took down large parts of the electrical grid in Ukraine for almost a half day. Later we described the Destover components used in the worm-enabled, destructive, politically motivated Sony incident. And Shamoon and StonedDrill have been pushed in the Middle East around turbulent political situations as well. These components were all wiper technology, delivered in a very intentional and destructive manner. It’s interesting that these spectacles all coincided with large political events and interests. So this new need to cloak their destructive activity or sabotage is an interesting shared change in tactics.

WannaCry deployment efforts began much earlier than has been publicly discussed. Our private report subscribers received early information that the attackers were spearphishing targets globally by at least March 14th. These messages contained links to files hosted at file sharing services. When clicked, the link led to what recipients thought were resumes related to job applications with a filename “Resume.zip” containing “Job Inquiry – Resume 2017.exe”.

This executable maintained a modified Adobe pdf file icon, and dropped both more malware (droppers and downloader chains that later led to WannaCry installations) and immediately opened decoy job applications. Here is an image of one of the decoys. While we couldn’t find it online, it may be a rip of a legitimate document: 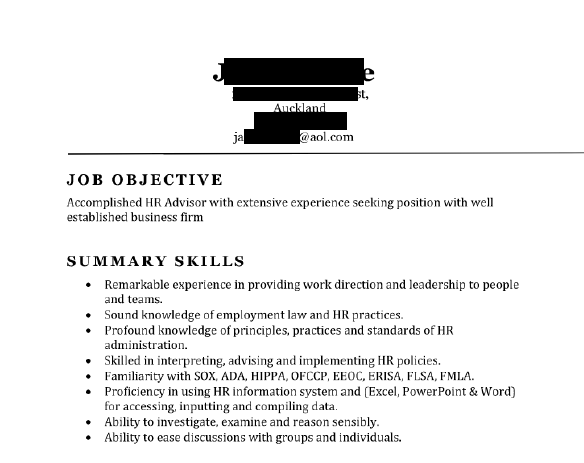 Most of these targets were soft (likely to run the exe and likely did not have advanced network defense programs in place), their locations dispersed globally, and their organizations’ profiles inconsistent.

The group attempted to deploy the first version of WannaCry ransomware to these and various other targets over the next two months, with no success or observable effort to collect bitcoin from this activity. And, even after the ETERNALBLUE spreader exploit with the DOUBLEPULSAR code and its oddly mistaken kill switch likely was hastily added to the ransomware, the attackers did not focus much more development or attention on collecting bitcoin. At one point, the actor sent a light set of messages encouraging users to pay BTC to their wallet.

This sort of inexpensive, two month long activity also may tell us a bit about the actor, their capabilities, and their interests — slow, practical, and somewhat hiding their interests in a very odd way.

While the Sony incident demonstrated the theft and use of stolen credentials and reliable lateral movement, even that credential theft itself required little effort on the part of the attackers. Entire spreadsheets of admin passwords were left open on network shares. Bizarre permission configurations were maintained within the network. The actor had little to do in order to spread a wiper with its audio-video payload to lob oddball jibes at Sony and its executives, and post  pastebin threats at movie-goers and share the company’s dirty laundry over p2p. Understanding and co-opting a software update infrastructure was unnecessary in the Sony incident. But a low-tech worming component was also built into the toolset, highly effective most likely because of a low security environment, not because of a previously 0day component.

ExPetr deployment was sharp, advanced, and technically agile. The group precisely targeted a major accounting software supplier to Ukrainian organizations. They also compromised a news website in UA to further waterhole targets outside the reach of the M.E.Doc network.

Once inside the M.E.Doc network, they gained access to the software update infrastructure and used that access to further steal credentials within target customer organizations. It’s interesting that delivery of the original poisoned installer occurred in April, and the large scale wiping event occurred much later. Also, not all systems receiving attempted Telebot deployments later received an ExPetr deployment. And, not all systems receiving attempted ExPetr deployments had previously received an attempted Telebot deployment.

Oddly, the two month delay in delivering the worm-enabled ExPetr variant is unexpectedly similar to the delay we saw with WannaCry. Later, they delivered the WMI/PsExec/ETERNALBLUE/ETERNALROMANCE-weaponized ExPetr sabotage variant. But in a substantial advance from Wannacry, even if Windows systems were patched, the attackers had stolen credentials for effective lateral movement and could wipe/crypt target systems. This addition also tells us that this attacker wanted to focus on effectively operating the confines of Ukrainian-connected organizations. The worming components also didn’t generate random network connections outside of the target networks. The variant included both native win64 and win32 MSVC-compiled Mimikatz-inspired components dropped to disk and run, stealing passwords for maximum privilege and spread, like those for domain admin and various network service accounts.

The ExPetr attackers apparently did not return with widely spread taunts or messages for their targets, or drag out the incident by requesting BTC transactions for disk decryption.

The recent ETERNALBLUE/ETERNALROMANCE/DOUBLEPULSAR-enabled WannaCry and ExPetr incidents share similarities. Not in the sense that they were carried out by the same actor; it is most likely that they were not. One APT was rushed, opportunistic, not as technically capable as the other, while the other APT was practical, agile, and focused. But we are at the start of a trend emerging for this unusual tactic – APT camouflage destructive targeted activity behind ransomware.

A King’s Ransom It is Not