Exactly two years ago we introduced our extended databases.

These databases protect against AdWare, RiskWare and PornWare. Some people like to refer to the extended databases simply as anti-spyware protection, but we actually detect much more than just that with the help of these databases, most notably RiskWare programs.

Back then we still had cumulative updates and the extended databases consisted of three components: advware.avc, riskware.avc and pornware.avc.

Later two of those names changed to adware.avc and obscene.avc. Since the beginning of this year we simply have combined them into extxxx.avc database, where the x stands for a decimal figure. However, we’ve actually been detecting these types of threats for much longer than two years.

Before we introduced the extended databases the detection of AdWare etc. was included in x-files.avc.

Two years ago it was special to have a separate option to cover such threats, now it is a much more common feature for antivirus programs. 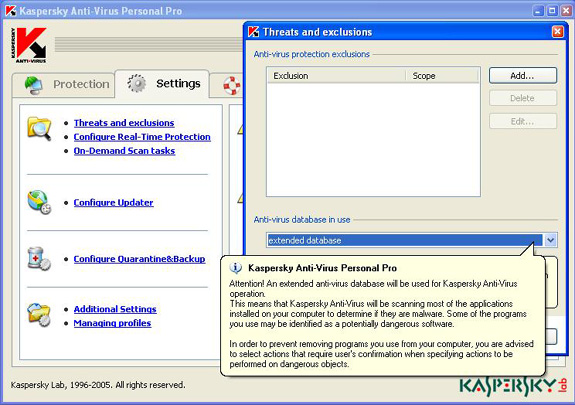 Be sure to read the pop-up message when choosing a database from the dropdown list.

Two years since the introduction of the extended databases