Way back in 2013 our malware analysts spotted the first malicious samples related to the Trojan-Ransom.Win32.Rakhni family. That was the starting point for this long-lived Trojan family, which is still functioning to this day. During that time the malware writers have changed:

Now the criminals have decided to add a new feature to their creation – a mining capability. In this article we describe a downloader that decides how to infect the victim: with a cryptor or with a miner.

As far as we know, spam campaigns are still the main way of distributing this malware. 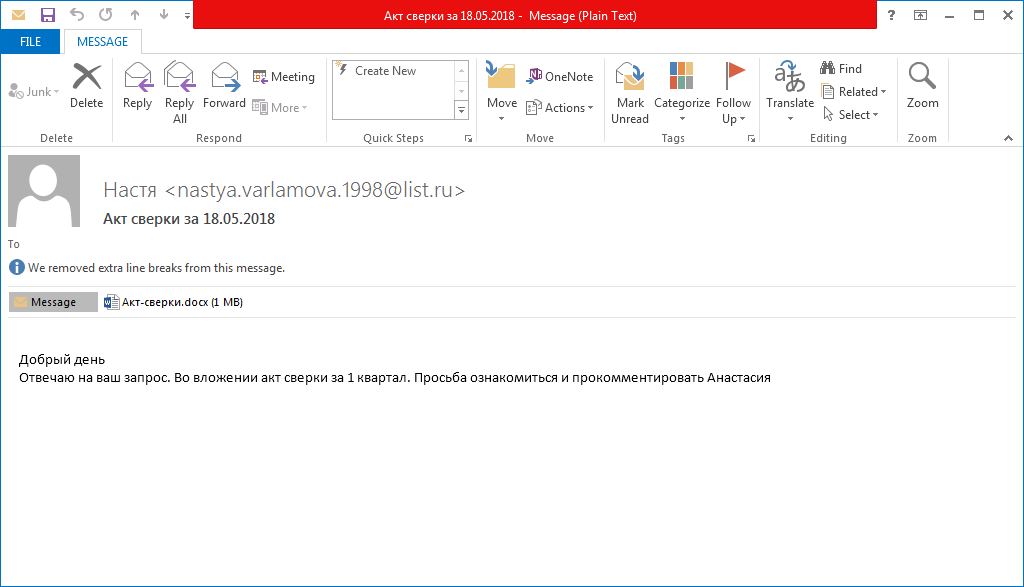 After opening the email attachment, the victim is prompted to save the document and enable editing. 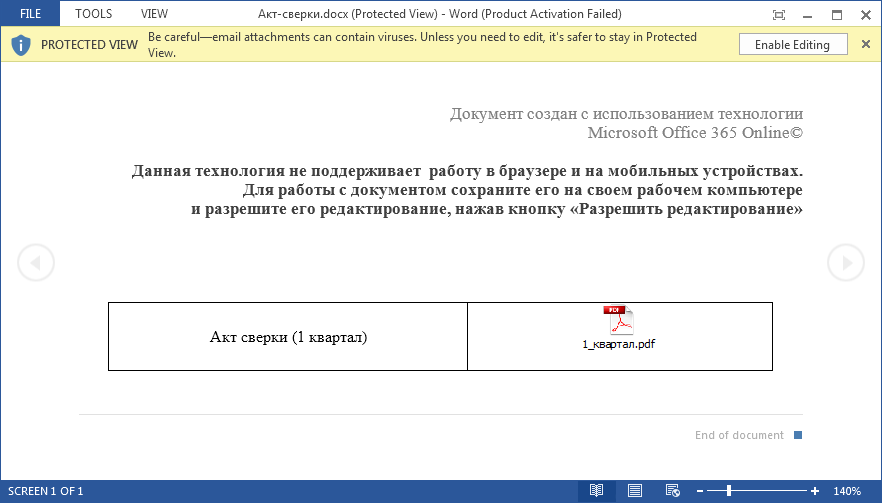 The victim is expected to double-click on the embedded PDF file. But instead of opening a PDF the victim launches a malicious executable. 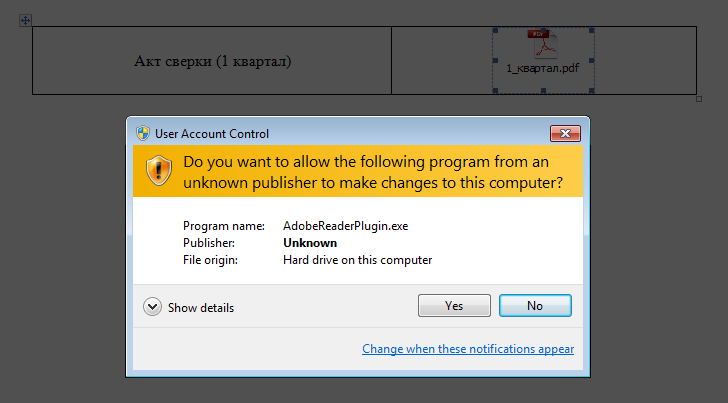 The downloader is an executable file written in Delphi. To complicate analysis, all strings inside the malware are encrypted with a simple substitution cipher.

After execution, the downloader displays a message box with an error text. The purpose of this message is to explain to the victim why no PDF file opened. 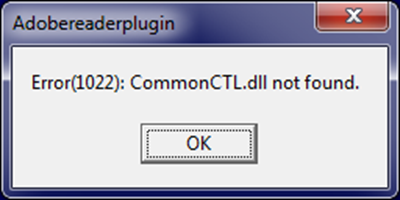 To hide the presence of the malicious software in the system the malware developer made their creation look like the products of Adobe Systems. This is reflected in the icon, the name of the executable file and the fake digital signature that uses the name Adobe Systems Incorporated. In addition, before installing the payload the downloader sends an HTTP request to the address www.adobe.com.

After the message box is closed the malware performs a number of checks on the infected machine:

Obtains the external IP address of the machine and compares it with hardcoded values.

If at least one of the performed checks fails, the downloader ends the process.

The downloader installs a root certificate that’s stored in its resources. All downloaded malicious executables are signed with this certificate. We have found fake certificates that claim to have been issued by Microsoft Corporation and Adobe Systems Incorporated. 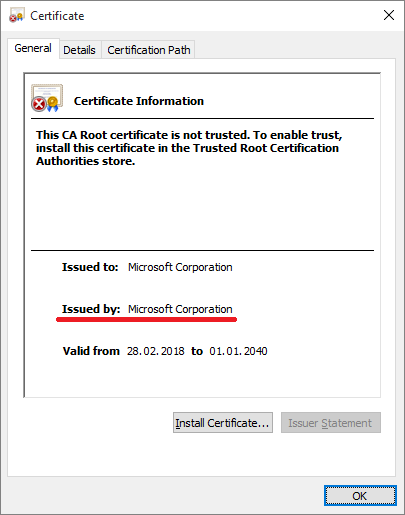 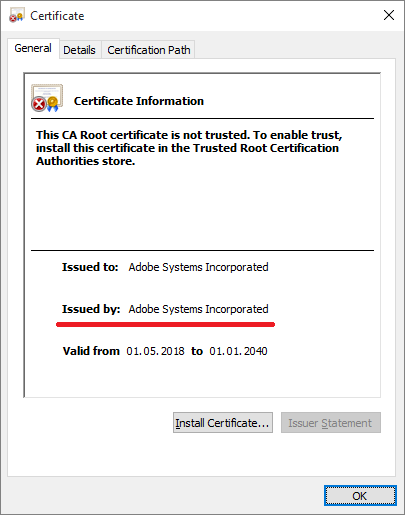 Before installing the certificate, the downloader drops the necessary files from the resources to the %TEMP% directory.

It then executes the following command:

The decision to download the cryptor or the miner depends on the presence of the folder %AppData%\Bitcoin. If the folder exists, the downloader decides to download the cryptor. If the folder doesn’t exist and the machine has more than two logical processors, the miner will be downloaded. If there’s no folder and just one logical processor, the downloader jumps to its worm component, which is described below in the corresponding part of the article.

The Trojan downloads a password-protected archive that contains a cryptor module. The archive will be downloaded to the startup directory (C:\Documents and Settings\username\Start Menu\Programs\Startup) and then the downloader will unpack it using the command line WinRAR tool. The cryptor executable will have the name taskhost.exe.

After execution, the cryptor performs an environment check like the installer; in addition, it will check that it’s running after the downloader decision (by checking the registry value HKCU\Software\Adobe\DAVersion is present).

Interestingly, the cryptor only starts working if the system has been idle for at least two minutes. Before encrypting files, the cryptor terminates the following processes:

In addition, if there is no avp.exe process running, the cryptor removes volume shadow copies.

The cryptor encrypts files with the following extensions:

After encryption the file extension will be changed to .neitrino.

Files are encrypted using an RSA-1024 encryption algorithm. The information necessary to decrypt the files is sent to the attacker by email.

In each encrypted directory, the cryptor creates a MESSAGE.txt file with the following contents:

After downloading and unpacking the archive with the miner, the Trojan does the following:

Process for mining the Dashcoin cryptocurrency

When this analysis was carried out, the downloader was receiving an archive with a miner that didn’t use the GPU. The attacker uses the console version of the MinerGate utility for mining.

Checking the utility for mining

In order to disguise the miner as a trusted process, the attacker signs it with a fake Microsoft Corporation certificate and calls svchost.exe.

Regardless of whether the cryptor or the miner was chosen, the downloader checks if one of the following AV processes is launched:

If no AV process was found in the system, the Trojan will run several cmd commands that will disable Windows Defender in the system:

During their operation the downloader and cryptor modules send emails with statistics to a hardcoded address. These messages contain information about the current state of infection and other details such as:

The downloader sends the following states:

The cryptor sends the following states:

Another interesting fact is that the downloader also has some spyware functionality – its messages include a list of running processes and an attachment with a screenshot.

As one of its last actions the downloader tries to copy itself to all the computers in the local network. To do so, it calls the system command ‘net view /all’ which will return all the shares and then the Trojan creates the list.log file containing the names of computers with shared resources. For each computer listed in the file the Trojan checks if the folder Users is shared and, if so, the malware copies itself to the folder \AppData\Roaming\Microsoft\Windows\Start Menu\Programs\Startup of each accessible user.

Before shutting down the malware creates a batch file that deletes all ‘temporary’ files created during the infection process. This is a common practice for malware. The thing that interested us was the use of the Goto label ‘malner’. Perhaps this is a portmanteau of the words ‘malware’ and ‘miner’ used by the criminal. 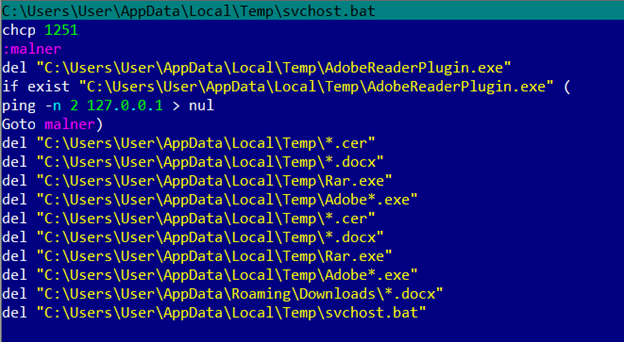 Our products detect the malware described here with the following verdicts:

In addition, all the malware samples are detected by the System Watcher component.

To crypt, or to mine – that is the question 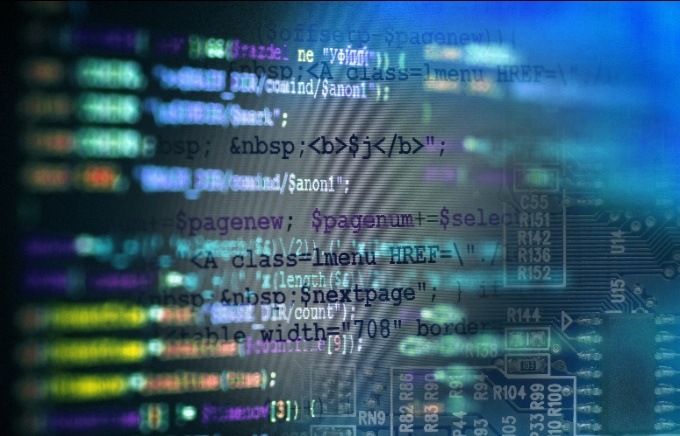