What are secure connections? 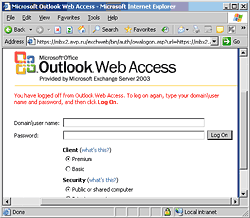 Fig. 1. Access to an MS Exchange Server mailbox via a secure connection

There are several ways to secure data transmission, and they all involve the use of data encryption and special keys used to read the information. The keys (also known as certificates) are usually stored in a dedicated database – a certificate archive – and are accessible to authorized users. 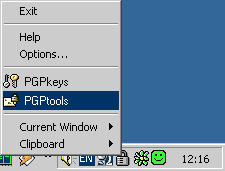 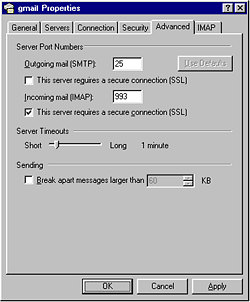 Support for an encrypted transfer channel is currently provided by the vast majority of Internet applications: email servers and client programs, web servers and browsers, as well as a number of proprietary network applications, such as banking systems used to manage accounts and make payments online. The simplicity of this method is obvious to developers: a standard data transfer protocol can be implemented within an established secure network connection, making any necessary modifications to network ready applications minor. This is how well-known protocols function:

Some network services are offered exclusively via an encrypted connection, such as the popular Gmail.

Network connections are used to transmit both useful information but also malicious data, which can pose a threat to computers. Typical examples of malicious data include most contemporary threats: hacker attacks, Trojans, email worms and exploits which target web application vulnerabilities.

The following types of programs and application packages can be used to protect against network traffic threats: 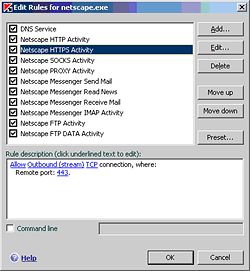 Fig. 4. Firewall rules for an application 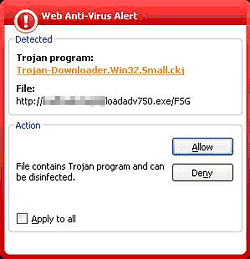 Fig. 6. Detecting a virus in a downloaded file

The danger of secure connections

As stated above, both useful and malicious information can be transmitted via network connections. Standard solutions protect computers against threats present in standard network connections, but aren’t able to counter threats present in secure connections. Verifying the contents of a secure connection is impossible by virtue of its secure nature, as demonstrated by the different types of protection listed above. As a result, malicious data within secure channels can cause a significant amount of damage, and sometimes more than if it were to be transmitted via a standard, non-secure connection.

The fact that it’s easy to encrypt a network channel and the fact that in most cases there will be no verification of who created the file results in a contradictory situation: a “secure connection” to a server provides the user with a feeling of security, but does not guarantee that the connection will be free from malicious data.

The dangers inherent in “secure connections” are particularly apparent now as such threats are becoming more and more widespread. After developers ensured SSL/TLS support for all popular web applications, a number of servers on the Internet began to offer their services via SSL/ TLS: together with major banking sites, all the big-name email services and partner sites opened access exclusively via secure connection. The qualifications of administrators of such servers is often barely enough for them to configure a secure server connection correctly.

The situation is exacerbated by the fact that an attack on a computer can be carried out remotely – for example, by simply placing a malicious file on a server which can be reached only via a secure connection.

A few examples can be found below.

The popular email service Gmail offers access to its services exclusively via secure connection. It is known that Gmail servers use an antivirus program. Now let’s consider some hypothetical situations:

An equally interesting example: a malicious user can upload a malicious file to a web server and then attract Internet users to visit that server. If the virus is placed on a regular HTTP server, a computer with antivirus software will not be in any danger. However if the virus is placed on an HTTPS server the situation is a little more complicated:

In order to check data transferred via a secure connection, most antivirus developers offer plug-ins for web applications. This approach has its pluses and its minuses: 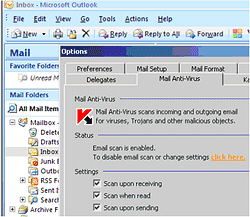 An alternative to using plug-ins is checking traffic using a man-in-the-middle method, which overcomes the negative aspects of plug-in architecture. Although it does have its drawbacks, antivirus vendors have been forced to implement this approach in order to protect their users.

Fig. 9. A secure connection being scanned

In practice, traffic scanning does not present any real danger to the user. Scanning is conducted on the local machine; the user can be asked to make choices, and all remote certificates can be verified by antivirus software and certificate archives, just as is done by web applications.

The drawbacks of the man-in-the-middle method are more than compensated for. The computer will be totally protection against threats on all types of network connections. 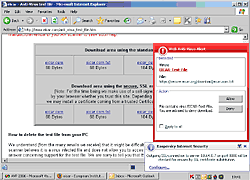 Fig. 10. Detection of the eicar test file within a secure browser connection

Secure connections are designed to protect data against modification and theft. However, today, secure connections do not provide real protection against network attacks, and are therefore not as secure as they may seem.

Interestingly, the term secure connection may mislead users by creating a false sense of security. The situation is further exacerbated by the fact that standard security solutions cannot perform within secure channels.

Special methods have to be used in order to provide total protection against network threats. The simplest and most obvious solution is to use a plug-in for web browsers. Unfortunately, plug-ins are not universal, and many applications do not support them or impose too many restrictions on their functionality. Another solution found by antivirus manufacturers involves traffic verification.

The dangers of secure connections should not be underestimated. When you make important decisions about your computer’s security, make sure that your antivirus solution provides real protection against all network threats.

Secure connections: how secure are they?