The malware itself is not very interesting. It will send one SMS message to a Chinese number and after that it writes a marker “Y” in order to prevent further SMS sending.

If you are searching on the web for applications for your Android device you can find some websites which ‘mirror’ the official Android Market. These websites provide various information about the application: developer, package name, system permissions, screenshots, price, version, number of downloads, last update, etc. According to one of these websites, the iCalendar application developed by ‘zsone’ was downloaded from the market ~200 times and last updated on the 19th of April: 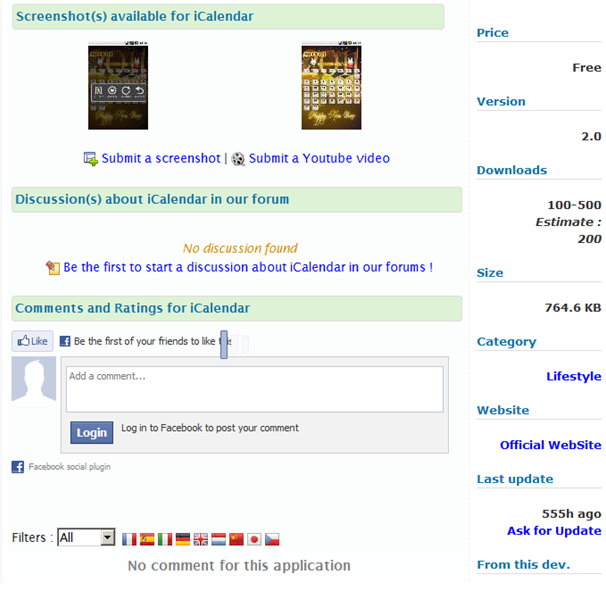 Another application ‘3D Cube horror terrible’ created by the same developer was last updated even earlier: on the 27th of February. 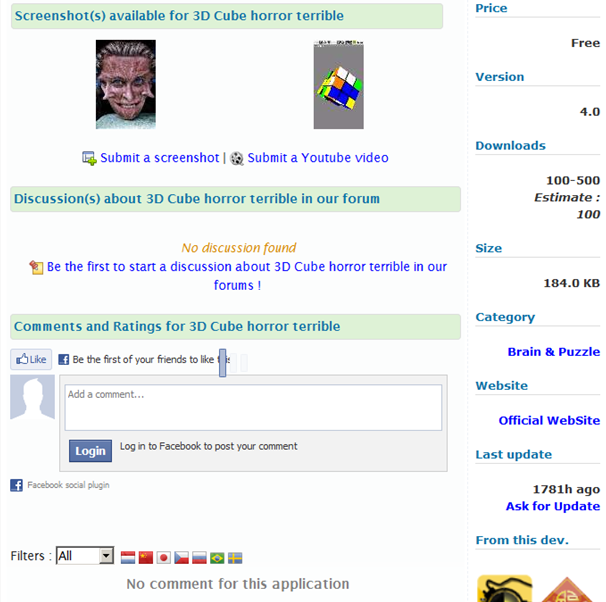 Does that mean that malware was alive in the market for at least 23 days? Or even more? Probably, yes. We checked a number of similar ‘mirroring’ websites and all of them showed the same dates of update and other information.

We detect this malware as Trojan-SMS.AndroidOS.Raden.a.

Malware in the Android Market: here we go again