Greetings from London – or more specifically from RSA Europe 2008. Denis, Andrei, Roel and I are all here at this year’s conference which is dedicated to Alan Turing, the great British mathematician and cryptographer. 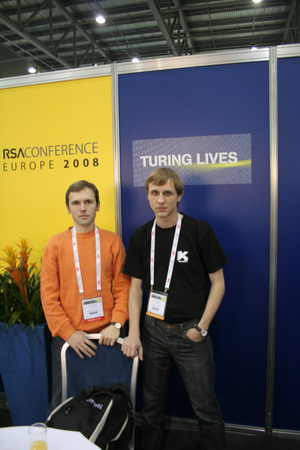 If you keep your ears open, the names you’ll hear most frequently are Turing, Enigma, and Bruce Schneier. The conference includes a display of cipher machines from a range of eras and countries, including the Enigma machine whose code Turing helped to break. Needless to say, there’s no shortage of people wanting to take a look! 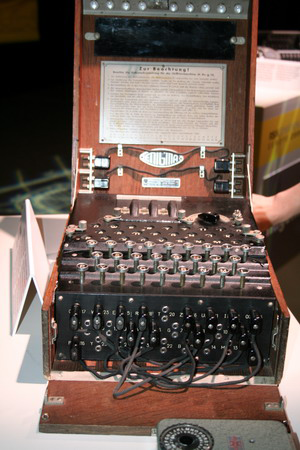 Not surprisingly, we were particularly interested in the Fialka machine from the Soviet era – it was developed in the Fifties, and the codes it generates still hasn’t been cracked to this day. 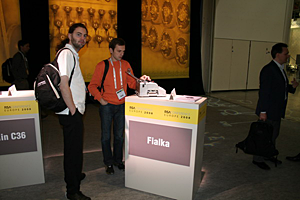 Bruce Schneier’s been addressing the issue of privacy in the modern world. We decided not to waste our time enlightening him about what we’re smoking over at Kaspersky; instead, our discussion turned to a very interesting presentation by Amichai Shulman from Imperva called “Web Application Security and Search Engines – beyond Google Hacking”. The conference has also covered new methods for testing antivirus solutions which is, as ever, a hot topic. On a similar note, a lot of the RSA delegates will be moving on from London to Oxford for a meeting of AMTSO, the organization which brings together antivirus companies and independent testers. I’ll be making my way back to Moscow, but Denis and Roel will be staying on to represent Kaspersky Lab at the AMTSO meeting.