It took some time but they’re finally here – Brazilian cybercriminals have started to target their attacks towards mobile banking users. This week we spotted the first Trojan banker targeting Brazilian users of Android devices. Two malicious applications meant to pass for apps from local Banks were hosted on Google Play.

According FEBRABAN (the local Federation of Banks), more than 6 million Brazilians are using mobile banking regularly, so it’s not surprising to find malware targeting mobile users. In fact, Brazil was crowned the country most attacked by banking malware in our Q3 threat evolution report: 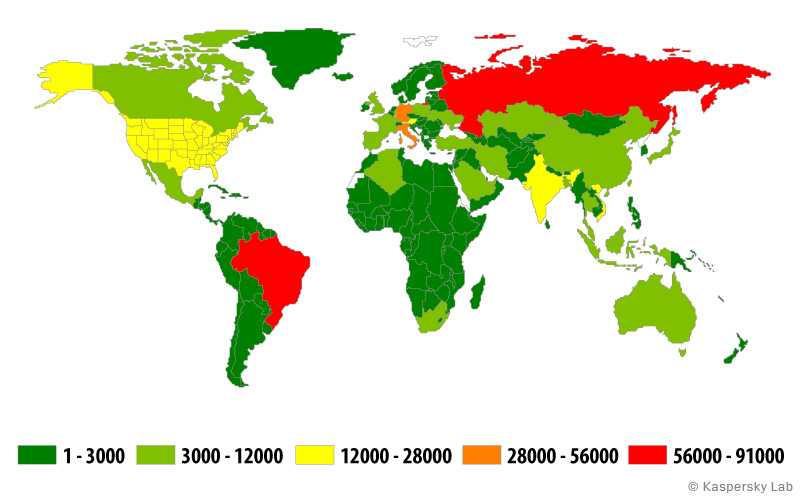 This move by Brazilian bad guys was predictable and awaited as a natural development in the local malware scene. In 2012, we witnessed attacks using phishing pages in mobile format and now a bad guy using the name “Governo Federal” (Federal Government) was able to publish 2 malicious apps in the Play store: 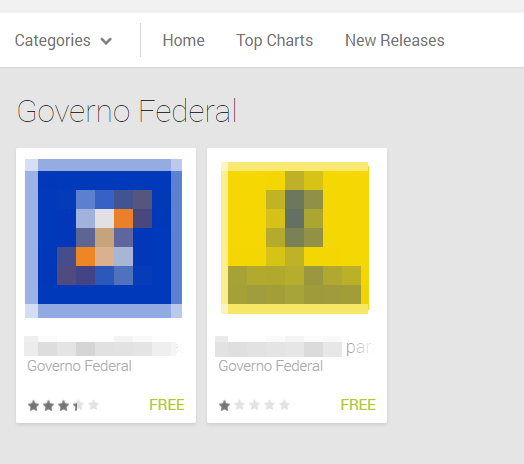 To create the malicious app, the (lazy) bad guy decided to use “App Inventor”: a free platform that allows anyone to create their own mobile Android application, no technical knowledge required. The result is an app big in size and full of useless code. But both apps had the function to load the logos of the targeted Banks and open a frame – the phishing page programmed to capture the user’s credentials. Simple, but effective, as mobile banking users in Brazil still use single authentication, without tokens or OTPs, where only the account number and password are required.

The phishing pages of the targeted Banks were hosted on a hacked website. A good soul removed them and inserted an alert to the visitors stating: “Este é um aplicativo Falso, denuncie este app”, meaning “This is a fake app, please report it”. As a result, when the user downloads, installs and opens the fake banking app, this message is displayed inside, instead of the original phishing page: 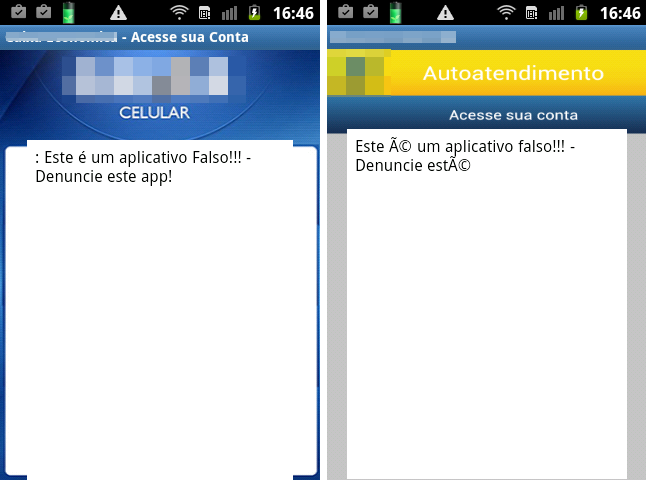 Thanks to my colleague Roman Unucheck for the valuable help in this case.