A few hours ago, Neel Mehta, a researcher at Google posted a mysterious message on Twitter with the #WannaCryptAttribution hashtag:

The cryptic message in fact refers to a similarity between two samples that have shared code. The two samples Neel refers to in the post are:

The similarity can be observed in the screenshot below, taken between the two samples, with the shared code highlighted: 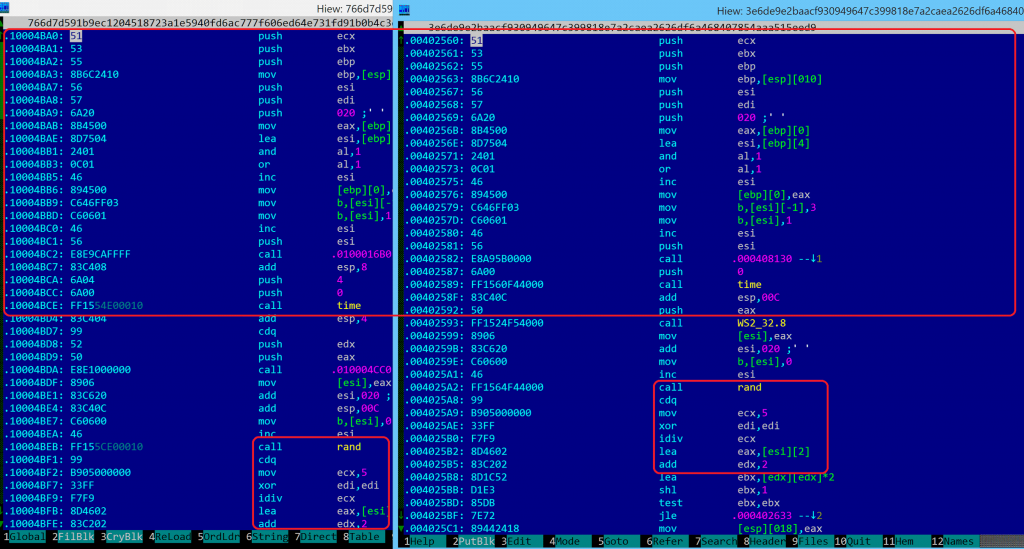 So, what does it all mean? Here’s a few questions and answers to think about.

I know about Wannacry, but what is Lazarus?

We wrote about the Lazarus group extensively and presented together with our colleagues from BAE and SWIFT at the Kaspersky Security Analyst Summit (SAS 2017). See:

Among other things, the Lazarus group was responsible for the Sony Wiper attack, the Bangladesh bank heist and the DarkSeoul operation.

We believe Lazarus is not just “yet another APT actor”. The scale of the Lazarus operations is shocking. The group has been very active since 2011 and was originally disclosed when Novetta published the results of its Operation Blockbuster research. During that research, which we also participated in, hundreds of samples were collected and show that Lazarus is operating a malware factory that produces new samples via multiple independent conveyors.

Is it possible this is a false flag?

What conclusions can we make?

For now, more research is required into older versions of Wannacry. We believe this might hold the key to solve some of the mysteries around this attack. One thing is for sure — Neel Mehta’s discovery is the most significant clue to date regarding the origins of Wannacry.

Are we sure the early February variant is the precursor to the later attacks?

Yes, it shares the same the list file extension targets for encryption but, in the May 2017 versions, more extensions were added:

They also removed an older extension: “.tar.bz2” and replaced it with just “.bz2”
We strongly believe the February 2017 sample was compiled by the same people, or by people with access to the same sourcecode as the May 2017 Wannacry encryptor used in the May 11th wave of attacks.

We believe it’s important that other researchers around the world investigate these similarities and attempt to discover more facts about the origin of Wannacry. Looking back to the Bangladesh attack, in the early days, there were very few facts linking them to the Lazarus group. In time, more evidence appeared and allowed us, and others, to link them together with high confidence. Further research can be crucial to connecting the dots.

Has anyone else confirmed this? 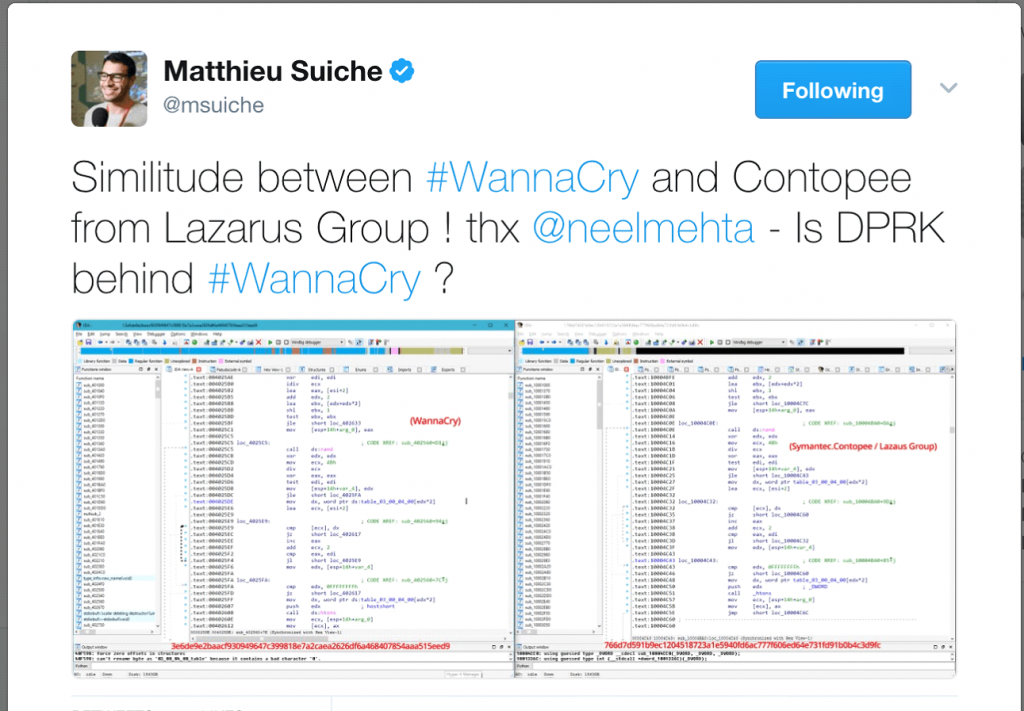 Can you share the YARA rule used to find this?

Also included below for easy reading: