Transparent Tribe, also known as PROJECTM or MYTHIC LEOPARD, is a highly prolific group whose activities can be traced as far back as 2013. In the last four years, this APT group has never taken time off. They continue to hit their targets, which typically are Indian military and government personnel.

This is the second of two articles written to share the results of our recent investigations into Transparent Tribe. In the previous article, we described the various Crimson RAT components and provided an overview of impacted users. Here are some of the key insights that will be described in this part:

During our analysis, we found an interesting sample, which follows a variant of the previously described attack scheme. Specifically, the attack starts with a simple document, which is not malicious by itself, does not contain any macro and does not try to download other malicious components, but it uses social engineering tricks to lure the victim into downloading other documents from the following external URLs: 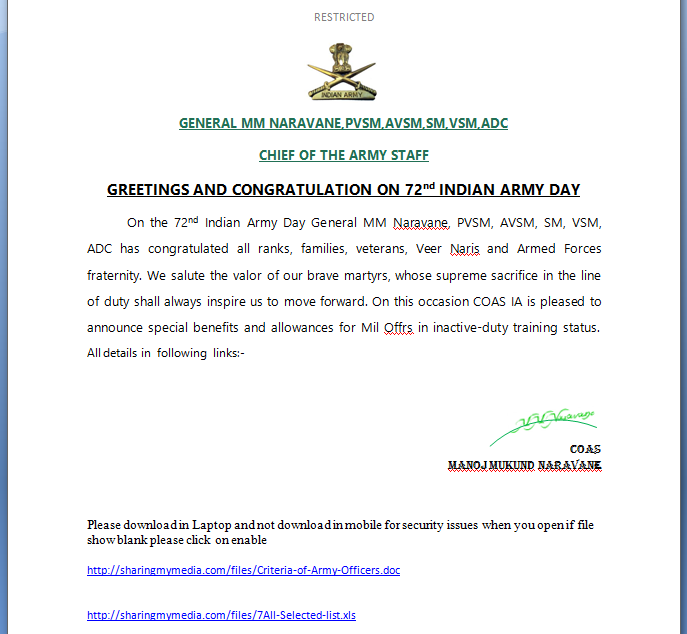 The remote files are two Microsoft Office documents with an embedded malicious VBA, which behaves similarly to those described in the previous article and drops the Crimson “Thin Client”. The domain sharingmymedia[.]com was even more interesting: it was resolved with the IP 89.45.67[.]160 and was registered on 2020-01-10 using Namesilo and the following information:

The same information was used to register another domain, sharemydrives[.]com, which was registered seven days before, on 2020-01-03, using Namesilo. DNS resolution points to the same IP address: 89.45.67[.]160.

The file is a modified version of MxVideoPlayer, a simple open-source video player for Android, downloadable from GitHub and used by Transparent Tribe to drop and execute their Android RAT. 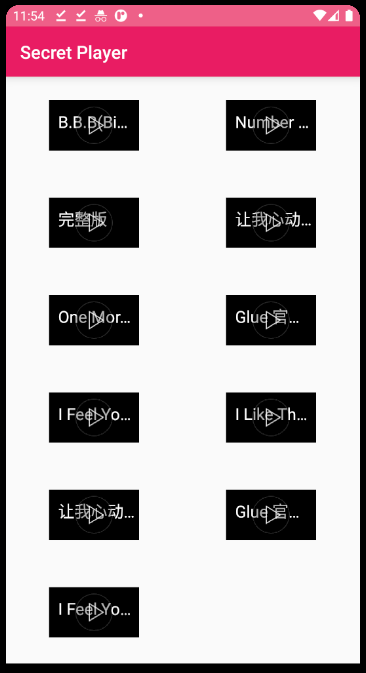 The dropper tries to find a list of legitimate packages on the system:

If the device was produced by Xiaomi, it also checks if the com.truecaller package is present. 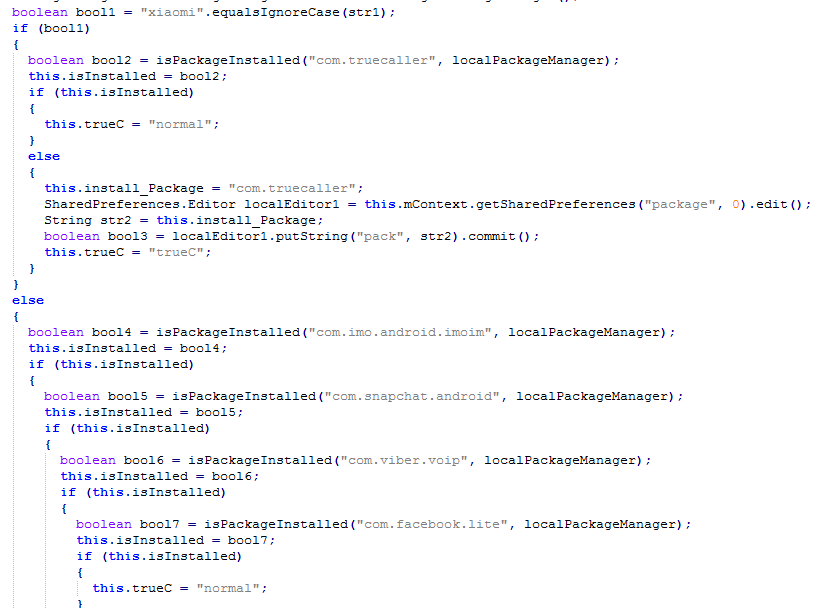 The code used to check if legitimate packages are installed

The first application on the list that is not installed on the system will be selected as the target application. The malware embeds multiple APK files, which are stored in a directory named “assets”. The analyzed sample includes the following packages:

The selected APK is copied to /.System/APK/. By default, the application tries to save the file to external storage, otherwise it saves it to the data directory.

Finally, the application tries to install the copied APK. The final malware is a modified version of the AhMyth Android RAT, open-source malware downloadable from GitHub, which is built by binding the malicious payload inside other legitimate applications.

The original AhMyth RAT includes support for the following commands:

Basically, it provides the following features:

The RAT that we analyzed is slightly different from the original. It includes new features added by the attackers to improve data exfiltration, whereas some of the core features, such as the ability to steal pictures from the camera, are missing.

The operators added the following commands:

Moreover, the creators of the RAT also improved its audio surveillance capabilities and included a command to delete text messages with specific contents.

The “autodownloader” is a method used for performing the following actions:

The attacker uses the method to collect contacts and text messages automatically. In addition, the method collects the following: audio files created with the “x0000mc” command and stored in /.System/Records/, downloaded files, photos, images and documents shared via WhatsApp and other documents stored on the device.

Another interesting difference between the original AhMyth and the one modified by Transparent Tribe is the technique used for getting the C2 address. The original version stores the C2 server as a string directly embedded in the code, whereas the modified version uses a different approach. It embeds another URL encoded with Base64 and used for getting a configuration file, which contains the real C2 address.

In our sample, the URL was as follows:

The first value is the real C2, which seems to be a server hosted in the Netherlands.

The modified version communicates via a different URL scheme, which includes more information:

We found evidence of Transparent Tribe taking advantage of pandemic-tracking applications to distribute trojanized code. Specifically, we found an APK file imitating Aarogya Setu, a COVID-19 tracking mobile application developed by the National Informatics Centre under the Ministry of Electronics and Information Technology, Government of India. It allows users to connect to essential health services in India.

The discovered application tries to connect to the same malicious URL to get the C2 IP address:
hxxp://tryanotherhorse[.]com/config.txt

It uses the same URL scheme described earlier and it embeds the following APK packages:

Interestingly enough, at the end of April, the Indian Army issued a warning to its personnel against Pakistani agencies’ nefarious designs to hack the phones of Indian military personnel through a malicious application similar to Aarogya Setu.

Based on public information, the application may have been distributed by sending a malicious link via WhatsApp, SMS, phishing email or social media.

ObliqueRAT is another malicious program, described by Cisco Talos in an interesting article published in February. It was attributed to Transparent Tribe because some samples were distributed through malicious documents forged with macros that resembled those used for distributing Crimson RAT.

The report described two ObliqueRAT variants, one distributed via a malicious document as the infection vector and another one, named “Variant #0” and distributed with a dropper.

Unfortunately, as reported by Talos, “The initial distribution vector of this dropper is currently unknown”.

At this time, we do not have the full infection chain, but we can add another piece to the puzzle, because sharemydrives[.]com also hosted another file:

Once executed, the process tries to find a specific marker (“*#@”) inside its file image, then drops and opens the following files:

Transparent Tribe members are trying to add new tools to extend their operations and infect mobile devices. They are also developing new custom .NET tools like ObliqueRAT, and as observed in the first report, we do not expect this group to slow down any time soon. We will keep monitoring their activities.