Questions about spammers, together with the question of who actually uses their services, top the list of questions most frequently put to antispam professionals. However, although antispam companies are, as a rule, relatively transparent, the parallel world of the spammers is unsurprisingly veiled in secrecy.

Because of this, given recent events (i.e. the introduction of a new law ‘On Advertising’ on 1st July 2006, which is a first step towards implementing legislative control over spam in Russia), Kaspersky Lab and Subscribe.Ru conducted some research into those who use spammers’ services.

The research was not designed to unmask illegal spammers. Rather, we were interested in finding out who is a typical client, and whether or not the new law will have any effect on them. We also asked the clients about why they choose to use a legally dubious method of advertising, and asked them to estimate how effective they thought such methods were.

A list of 500 companies was compiled using data from the Kaspersky Lab antispam department. All the companies had used spam as an advertising tool during the period when the research was being designed. The number of companies active in particular areas was chosen according to the amount of spam being used to advertise these areas throughout Runet (the Russian segment of the Internet). Data from the Spam Lab shows that a large percentage of clients are companies working in the tourism and leisure industries (14%), renovation and removal companies (9.3%) and printing services (7%). Other, smaller categories were also taken into account. 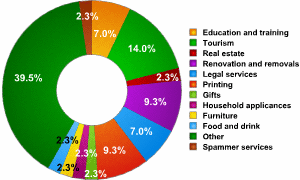 How the survey was conducted

The aim of the survey was to get information directly from those who ordered the mailings which we had selected. We acted on the assumption that those who had ordered spam mailings would not wish to share the details with us, and this was confirmed. We therefore conducted an anonymous telephone survey. The questioner was purportedly an ’employee of a small company’ who wanted to order a mass mailing, but who had decided to ‘consult colleagues in the same market segment’ before going ahead.

All the survey data was analysed by Subscribe.ru analysts.

Negative impact of spam on the company’s image

One important fact is that almost 60% (57.9%) of those who order spam mailings have heard rumours to the effect that it’s not only their goods and services which are discussed, but also the fact that they used mass mailings to advertise the goods and services. They then became extremely defensive, and categorically denied using mass mailing as a form of advertising. This is a very telling fact, and shows that companies which do decide to advertise using spam are fully aware of the negative public reaction. However, this does not cause them to change their tactics.

Client’s position in the company

One question which we wanted answered: exactly who is taking the decision to use mass mailings, and who contacts the spammers? According to the results of our telephone survey, in more than 80% of cases, it is an advertising manager. However, the directors of the company also participate actively in ordering mass mailings. 5.6% of the companies responding stated that directors didn’t only initiate the process, but also establish the business relationship with the spammers. Of course, this doesn’t indicate that the mass mailing is such an important matter that only a director can deal with it, but rather that the companies in questions are small businesses, with only a few (or a few dozen) employees. 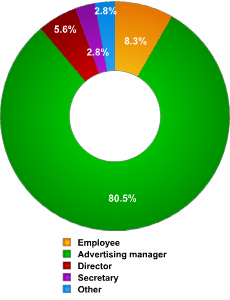 Fig. 2: Position in the company 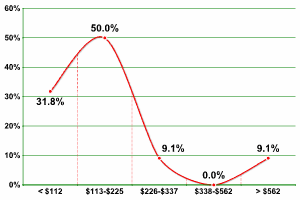 The number of addresses used in the mass mailings varied significantly depending on who was providing the mass mailing services. The smallest number of addresses used was 100, with the largest being 3700000. As can be seen from the graph, 32.5% of spammers’ clients aim for maximum coverage, ordering mass mailings which are sent to more than a million addresses. Naturally, this means that there is no regard taken as to whether or not the audience has an interest in specific goods or services. 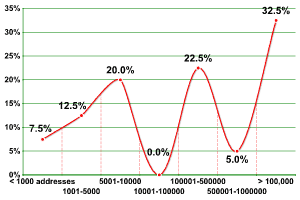 Fig. 4: Number of addresses used in a single mass mailing

Cost of mass mailing/number of addresses in relation to location

As the table below shows, the cost of a mass mailing varies according to the client’s location:

In Moscow, the majority of mass mailings cost between 3001 and 6000 roubles, whereas in St. Petersburg they cost up to 3000 roubles. In all other towns respondents reported that the cost of one mass mailing costs more than 15000 roubles.

The number of addresses used in a single mass mailing varies according to location as follows:

None of the respondents were prepared to estimate how effective mass mailings of advertising materials might be (i.e. the firms which order mass mailings did not have a clear idea of whether or not such mass mailings would have a positive effect). On average, the respondents estimated an approximate response rate of 0.01% – 0.05%. Many stated that it was difficult to determine the contribution made by spam when it is used in conjunction with other advertising methods.

Spammers’ clients, when asked to estimate the effectiveness of the services they used, expressed doubts as to whether, if they ordered a mass mailing to a million addresses, how many addresses it would actually be sent to. One respondent related how the first time the company had ordered a mass mailing would also be the last, as following the mail, the company’s call centre had been flooded with calls from enraged users.

The financial costs of mass mailing were analyzed by Subscribe.ru. The data is presented in the table below:

The research data led to the following conclusions: