Cryptor malware programs currently pose a very real cybersecurity threat to users and companies. Clearly, organizing effective security requires the use of security solutions that incorporate a broad range of technologies capable of preventing a cryptor program from landing on a potential victim’s computer or reacting quickly to stop an ongoing data encryption process and roll back any malicious changes. However, what can be done if an infection does occur and important data has been encrypted? (Infection can occur on nodes that, for whatever reason, were not protected by a security solution, or if the solution was disabled by an administrator.) In this case, the victim’s only hope is that the attackers made some mistakes when implementing the cryptographic algorithm, or used a weak encryption algorithm.

The cryptor dubbed Polyglot emerged in late August. According to the information available to us, it is distributed in spam emails that contain a link to a malicious RAR archive. The archive contains the cryptor’s executable code.

Here are some examples of the links used:

When the infected file is launched, nothing appears to happen. However, the cryptor copies itself under random names to a dozen or so places, writes itself to the autostart folder and to TaskScheduler. When the installation is complete, file encryption starts. The user’s files do not appear to change (their names remain the same), but the user is no longer able to open them. 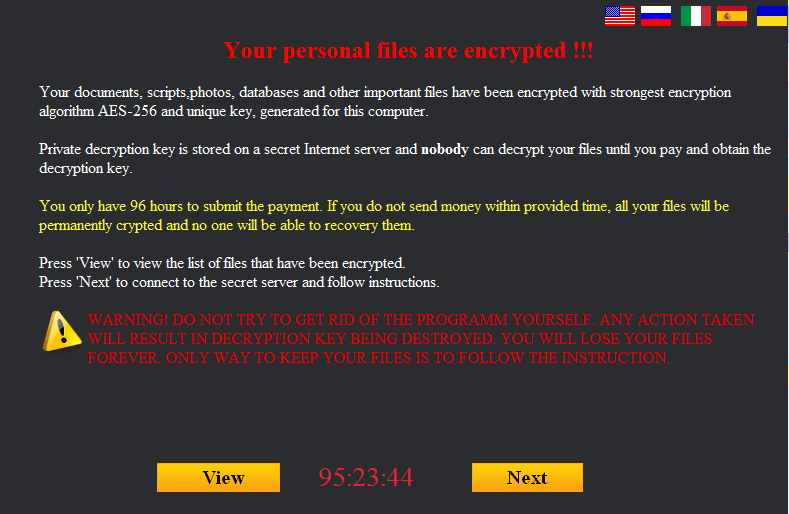 When encryption is complete, the cryptor changes the desktop wallpaper, (interestingly, the wallpaper image is unique to each victim) and displays the ransom message. 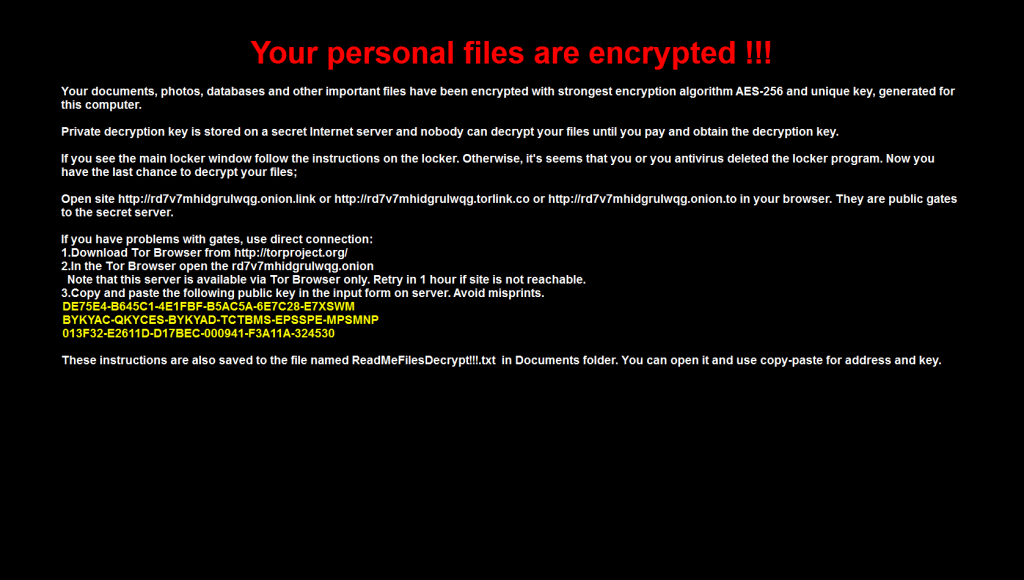 The user is offered the chance to decrypt several files for free. 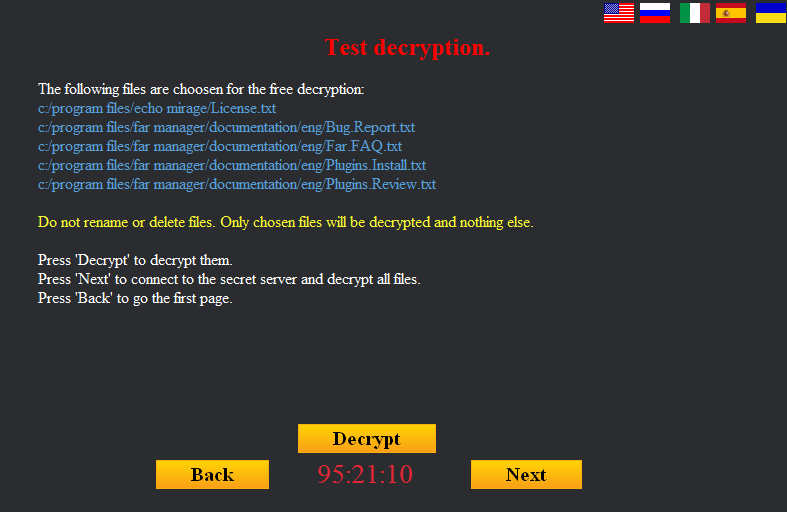 After this, the user is told to pay for file decryption in bitcoins. The cryptor contacts its C&C, which is located on the Tor network, for the ransom sum and the bitcoin address where it should be sent. 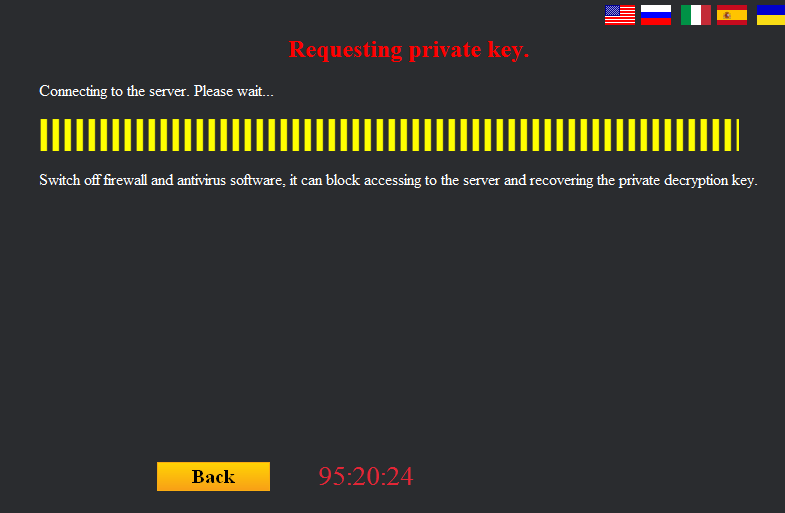 From this moment on, the cryptor allows the user to check the ransom payment status on the C&C. 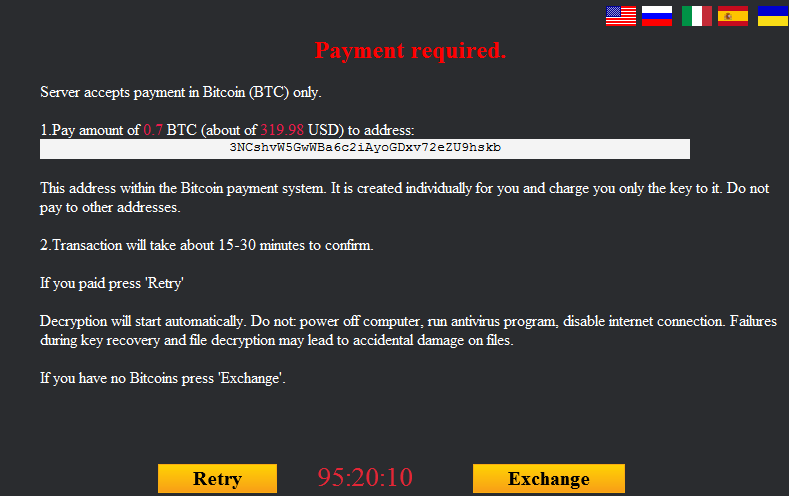 If the ransom is not paid on time, the cryptor notifies the user that it’s no longer possible to decrypt their files, and that it is about to ‘self-delete’. 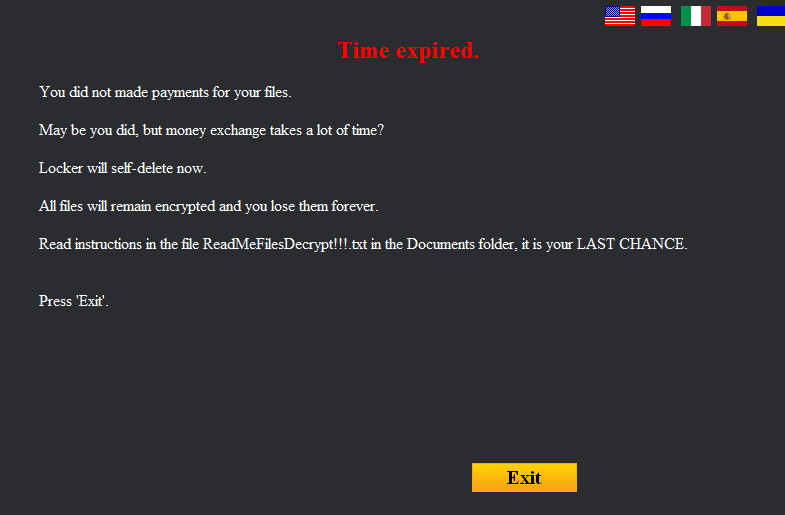 Initially, this cryptor caught our attention because it mimics all the features of another widespread cryptor – CTB-Locker (Trojan-Ransom.Win32.Onion). The graphical interface window, language switch, the sequence of actions for requesting the encryption key, the payment page, the desktop wallpapers – all of them are very similar to those used by CTB-Locker. The visual design has been copied very closely, while the messages in Polyglot’s windows have been copied word for word.

Window for the trial decryption of 5 random files:

The similarities do not stop there. Even the encryption algorithms used by the cybercriminals have clearly been chosen to imitate those used in CTB-Locker.

That said, we should note the following: a detailed analysis has revealed that Polyglot was developed independently from CTB-Locker; in other words, no shared code has been detected in the two Trojans (except the publicly available DLL code). Perhaps the creators of Polyglot wanted to disorient the victims and researchers, and created a near carbon copy of CTB-Locker from scratch to make it look like a CTB-Locker attack and that there was no hope of getting files decrypted for free.

The Trojan contacts the C&C server located on Tor via a public tor2web service, using the HTTP protocol.

Prior to each of the below data requests, a POST request is sent with the just one parameter: “live=1”.

At the start of operation, the Trojan reports the successful infection to the C&C. The following data is sent to the C&C:

This data block is passed through a bitwise NOT operation, encoded into Base64 and sent to the C&C in a POST request.

Contents of the sent request

signature – CRC32 from the sent data
ver – Trojan version
gcdata – data, with contents as described above. 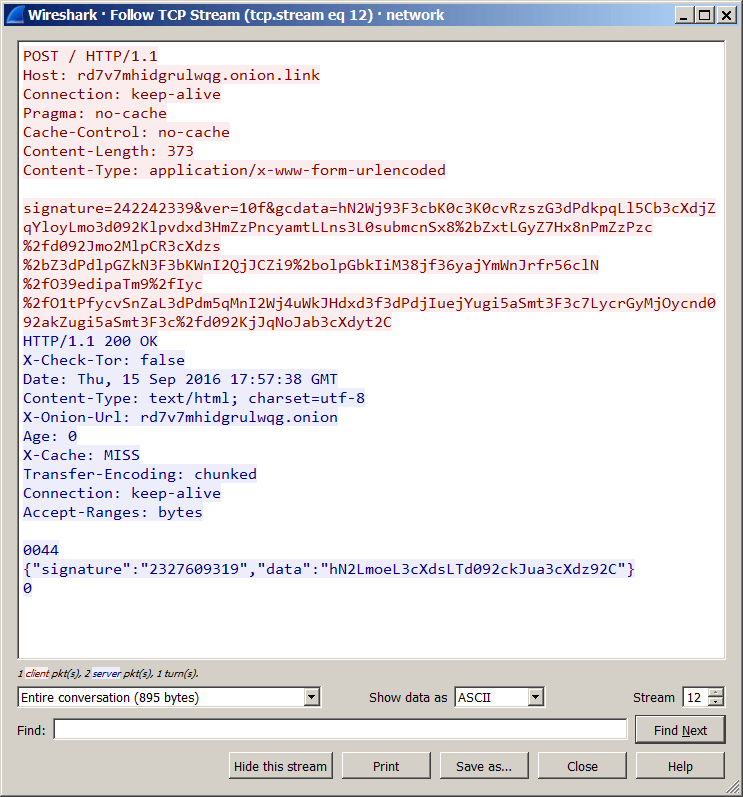 Request 1 and the reply received from the C&C

When the Trojan has finished encrypting the user’s data, it sends another request to the C&C. The content of the request is identical to that of request 1 except the field “end_time”, which now shows the time encryption was completed.

This is sent to the C&C to request the bitcoin address for payment and the ransom sum to be paid.

The C&C replies to this request with the following data:

This is sent to request a file decryption key from the C&C.

The Trojan reports that data decryption has been completed and states the number of decrypted files to the C&C.

Description of the encryption algorithm

During our analysis of the malicious code, it became evident that the Trojan encrypts files in three stages, creating intermediate files:

Flowchart of the search and file encryption actions performed by Polyglot

A separate AES key is generated for each file, and is nothing more than a ‘shared secret’ generated according to the Diffie-Hellman protocol on an elliptic curve. However, first things first.

Before encrypting any files, the Trojan generates two random sequences, each 32 bytes long. The SHA256 digests of each sequence become the private keys s_ec_priv_1 and s_ec_priv_2. Then, the Bernstein elliptic curve (Curve25519) is used to obtain public keys s_ec_pub_1 and s_ec_pub_2 (respectively) from each private key.

The Trojan creates the structure decryption_info and writes the following to it: a random sequence used as the basis for creating the key s_ec_priv_1, the string machine_guid taken from the registry, and a few zero bytes.

Using the private key s_ec_priv_2 and the cybercriminal’s public key mal_pub_key produces the shared secret mal_shared_secret = ECDH(s_ec_priv_2, mal_pub_key). The structure decryption_info is encrypted with algorithm AES-256-ECB using a key that is the SHA256 digest of this secret. For convenience, we shall call the obtained 80 bytes of the encrypted structure encrypted_info.

Only when Polyglot obtains the encrypted_info value does it proceed to generate the session key AES for the file. Using the above method, a new pair of keys is generated, f_priv_key and f_pub_key. Using f_priv_key and s_ec_pub_1 produces the shared secret f_shared_secret = ECDH(f_priv_key, s_ec_pub_1).

The SHA256 digest of this secret will be the AES key with which the file is encrypted.

To specify that the file has already been encrypted and that it’s possible to decrypt the file, the cybercriminals write the structure file_info to the start of each encrypted file:

The elliptic curve, the Diffie-Hellman protocol, AES-256, a password-protected archive – it was almost flawless. But not quite, because the creator of Polyglot made a few mistakes during implementation. This gave us the opportunity to help the victims and restore files that had been encrypted by Polyglot.

Mistakes made by the creators

As was mentioned earlier, all the created keys are based on a randomly generated array of characters. Therefore, the strength of the keys is determined by the generator’s strength. And we were surprised to see the implementation of this generator: 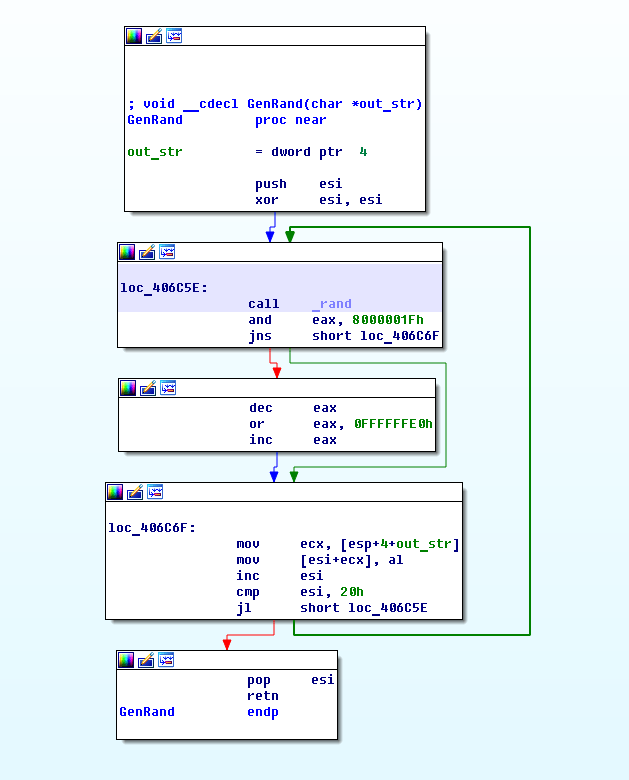 A graphical representation of the random sequence generation procedure

Let’s convert this function into pseudocode so it’s easier to follow:

Please note that when another random byte is selected, the entire result of the function rand() is not used, just the remainder of dividing the result by 32. Only the cybercriminal knows why they decided to make the random string this much weaker – an exhaustive search of the entire set of the possible keys produced by such a pseudo-random number generator will only take a few minutes on a standard PC.

Taking advantage of this mistake, we were able to calculate the AES key for an encrypted file. Although there was a password-protected archive below the layer of symmetric encryption, we already knew that the cybercriminal had made another mistake.

Let’s look at how the archive key is generated:

We can see that the key length is only 4 bytes; moreover, these are specific bytes from the string MachineGuid, the unique ID assigned to the computer by the operating system. Furthermore, a slightly modified MachineGuid string is displayed in the requirements text displayed to the victim; this means that if we know the positions in which the 4 characters of the ZIP archive password are located, we can easily unpack the archive.

The MachineGuid string displayed in the requirements screen

Files that are encrypted by this cryptor can be decrypted using Kaspersky Lab’s free anti-cryptor utility RannohDecryptor Version 1.9.3.0.