Most phishing emails that aim to steal bank and e-payment data are written in English. However, we are seeing more and more fraudulent messages written in other languages, suggesting that the number of attacks targeting users in non-English speaking countries is growing. Here is an example of a fake notification in Japanese, supposedly sent on behalf of a major bank of Japan. 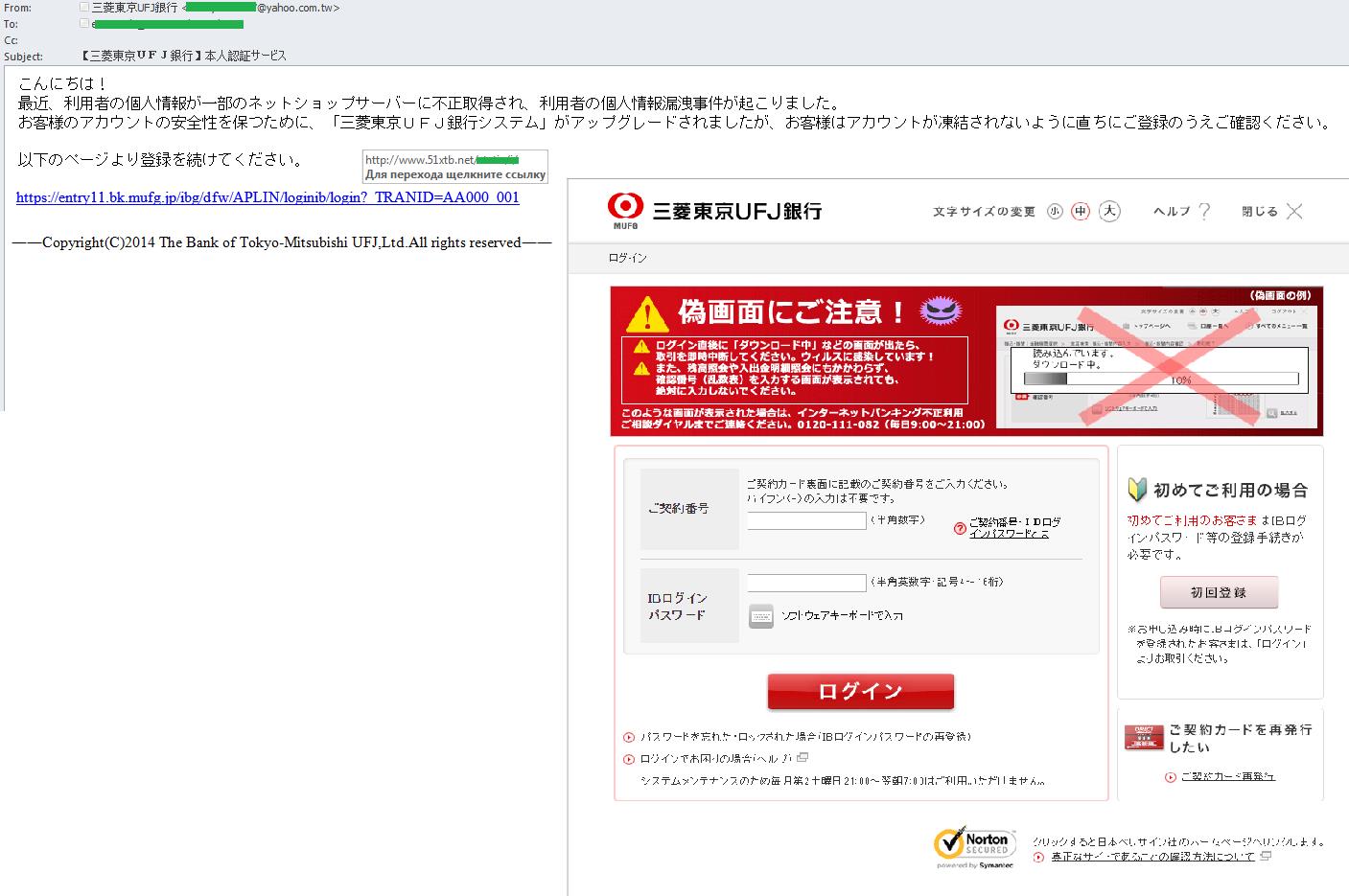 The text of the fake message warned users of a possible leak of their personal data. They were also told that the bank system security had been updated to protect their accounts so they had to follow the link and enter their login details and passwords on the bank’s site to ensure their accounts weren’t blocked. The information entered in the phishing form was sent to the fraudsters who got access to the personal account of the victims and could control their money via the online banking system.

The ‘From’ field of the email specified an address registered on a well-known free mail service from a Taiwanese (.tw) domain. The address of the phishing page in the body of the message was similar to the official web address of the bank but the real address of the page to which the user was redirected was different. Since the fraudulent page was designed to look like the bank’s official page, users could only spot the trick if they paid close attention to the suspicious address in the browser. 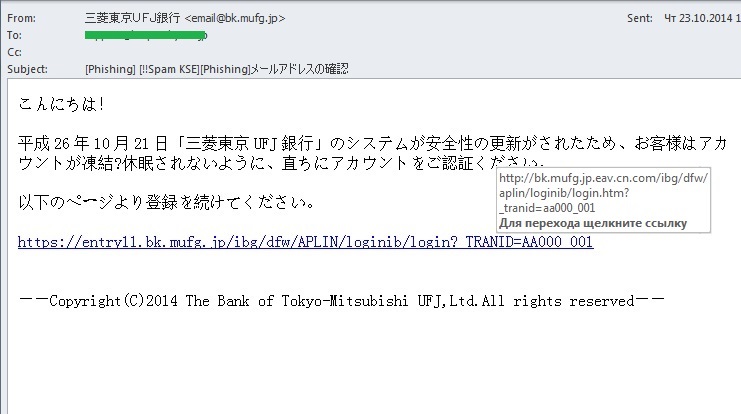 The sender’s address looked genuine. The text informed recipients that the bank had updated its security system and users should follow the link to confirm their account details. That link went to the same phishing link as in the first example but this time the forgery was much more like a genuine link. Only a careful user would spot the difference.

Phishing attack to target the clients of a Japanese bank