For the second summer straight, we cover the children’s interests during the period when they have enough leisure to give themselves full time to their hobbies. Modern children are active users of the internet, so most of their interests find reflection in their online activities, which are the subject of our today’s review.

Kaspersky products scan the content of web pages children try to access. If the website belongs to one of the fourteen unwelcome categories, the Kaspersky Security Network is alerted (no private user data is sent, so privacy is not compromised). Mark these two important points:

It is up to the parent to decide which content to block by tweaking the protective solution’s preferences. But anonymous statistics are collected for all the 14 categories.

Data is harvested only from computers running Windows and macOS; no mobile statistics are provided in this report.

In the products featuring Parental Control functions web filtering is currently performed across the following categories:

We have grouped search queries by language. The English statistics we consider to be international, because English is such a wide spread language. We assume 100% to be the total of search queries submitted by individual users in all languages across all subjects of our interest, repetitions included. The percentage of queries says how popular a subject is.

We have split the search queries we collected from June through August 2019 into several subject categories:

Picture of the world

This summer, children didn’t change their habits much: just like one year ago they would spend time watching YouTube videos, TV series and movies, listening to music and chatting on social networks. Much of their time was dedicated to online store browsing.

Interestingly, the “Computer games” category has lost ground, too: from 5.33% to 1.98%. This does not mean that children have stopped to play games — quite the opposite. As explained in our annual report, children have quickly developed passion for mobile games and migrated to mobile platforms almost completely. 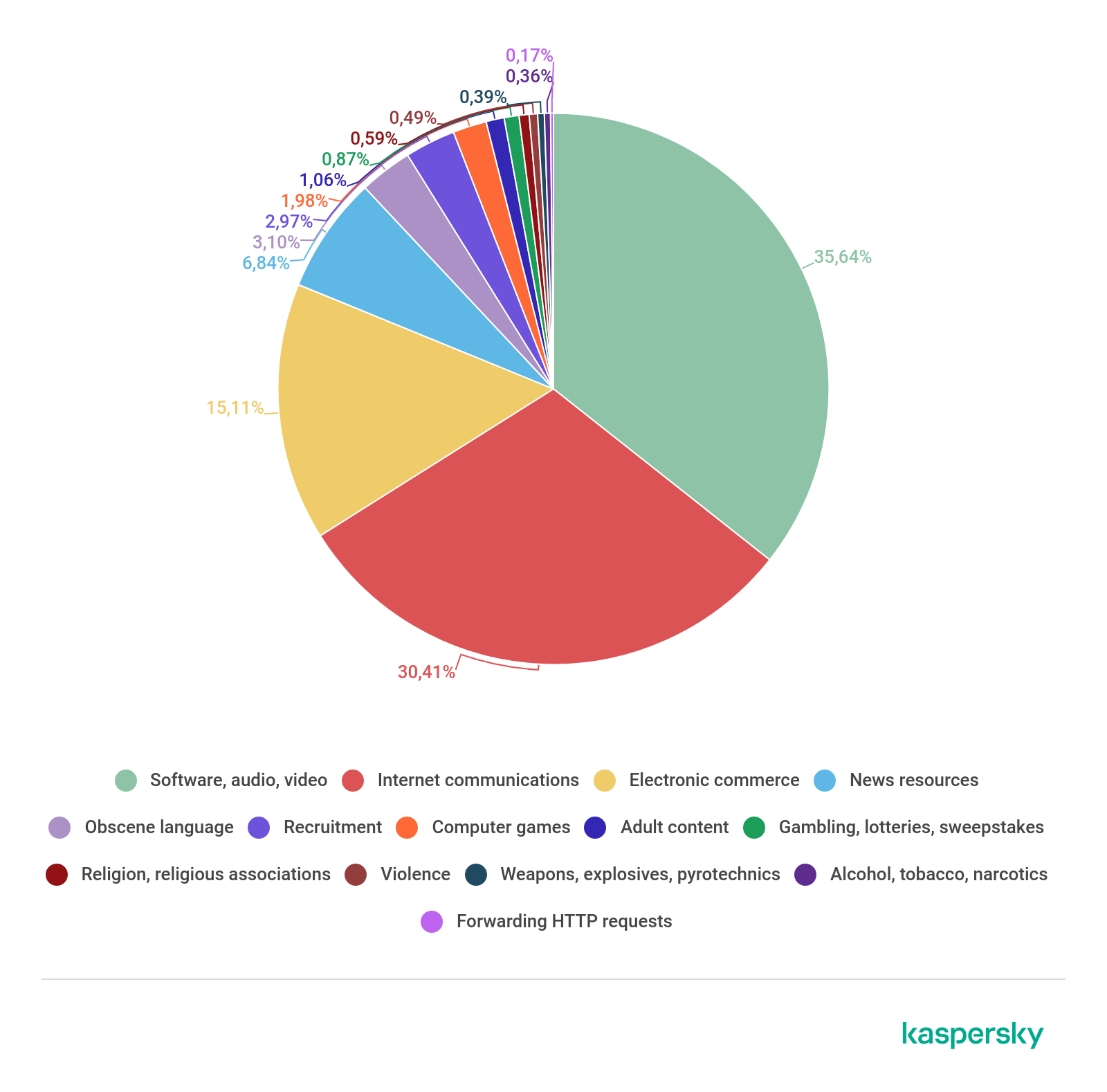 It is important to emphasize that search queries reflect exactly children’s interests, while website visits speak of how they spend time online. Thus, if we look at, say, the “Online communication” category, we shall see that it accounts for 30.41% of visits, but merely 7.20% of search queries. This is because Facebook gets listed among search queries by mistake: if you begin typing “face…” into the address bar, the browser will suggest the full URL (facebook.com), but if you ignore the suggested option, the text you type will turn into a query for the search engine. 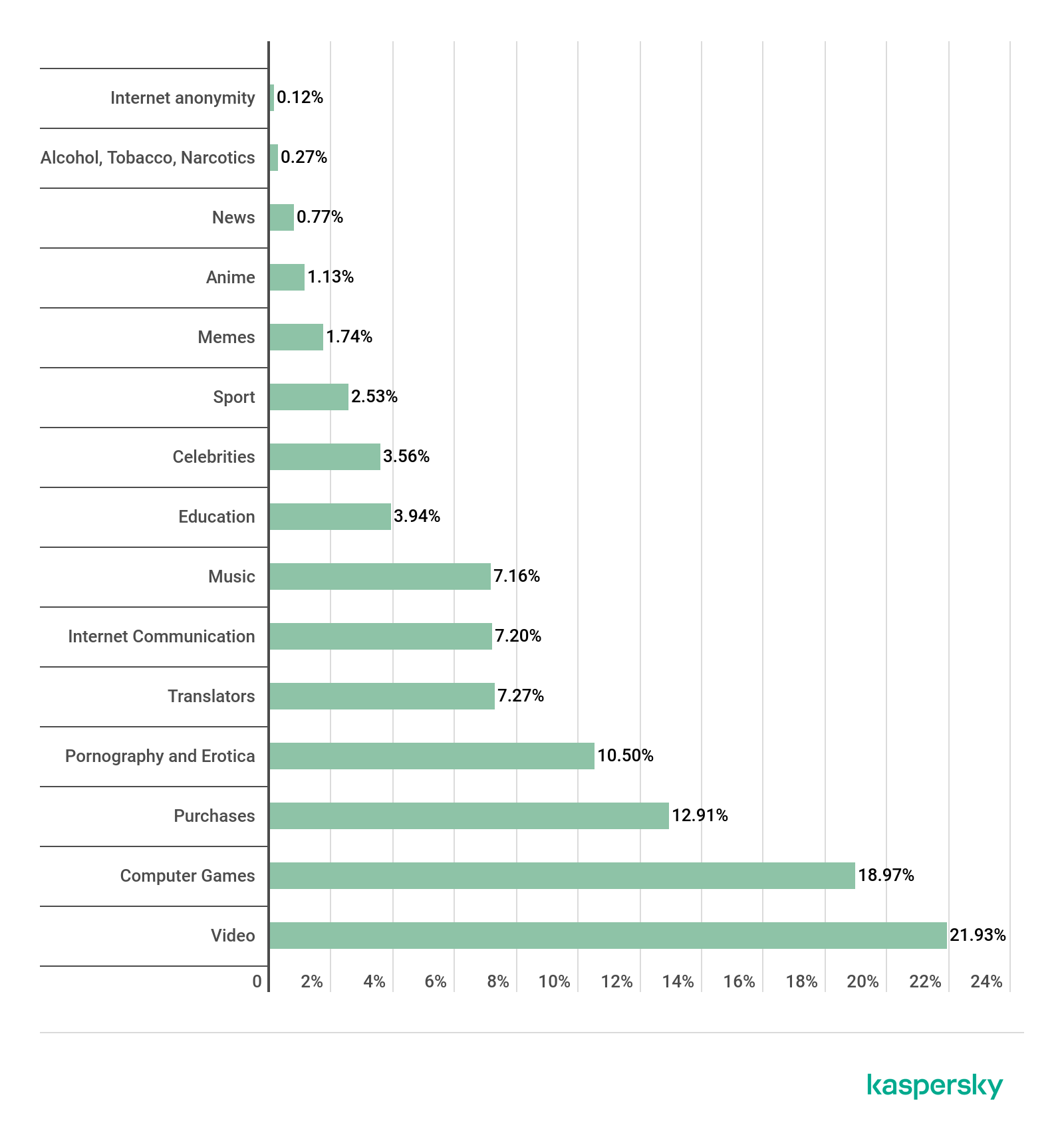 We have observed more than once that children take interest in video and audio content and, more than anything else, like to visit YouTube and other streaming platforms to view gaming streams or listen to music.

YouTube is one of top choices for children. They use it to watch game walkthroughs, musical clips, lifestyle video blogs and lots of other things. 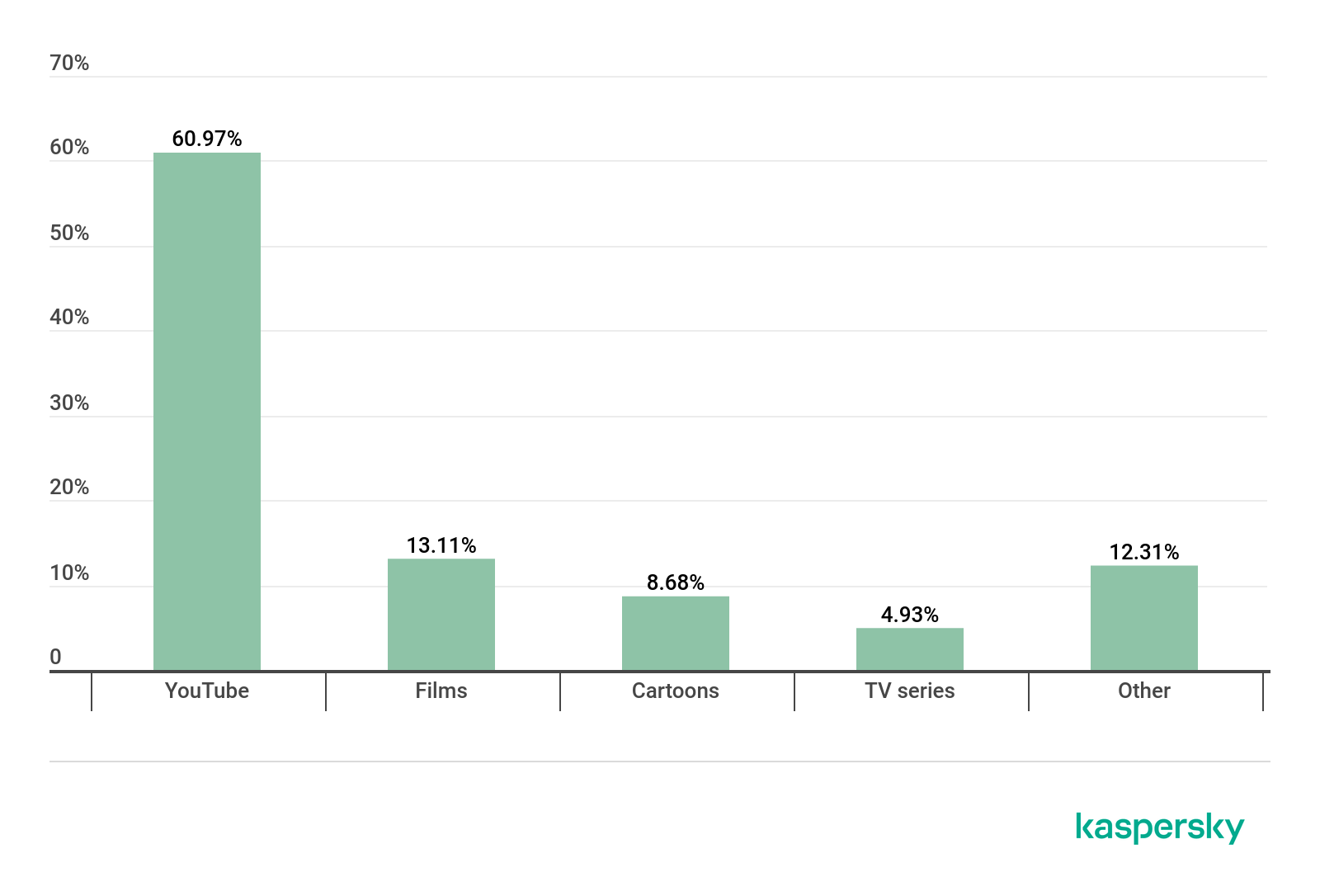 This summer, other than the famous blogger PewDiePie, many kids were looking for the English-speaking beauty blogger James Charles (16,040,666 subscribers at the time of writing). 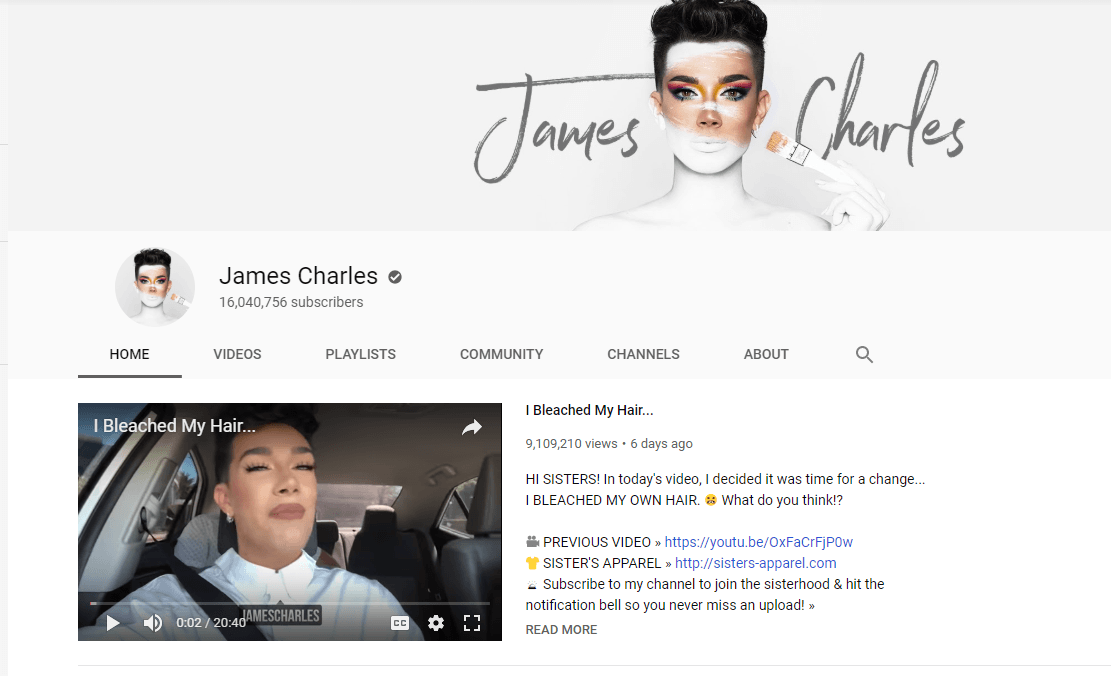 Speaking of movies, children’s top-ranking queries were about Spider-Man: Far From Home, Disney’s version of Aladdin and John Wick: Chapter 3 starring the extremely popular and meme-sparking

As to TV series, children’s favorite this summer is Stranger Things, its third season released early July. They would be looking not just for the series itself, but also for info about the actors, who are of the same age as many of our young users.

The second most popular one, based on search queries, is HBO’s Chernobyl miniseries. Interestingly, with the series so popular, children have begun to dig more into radiation and all things related. We have registered queries like “radioactive”, “radon”, “radiation”, which would never have made it even into TOP 10,000 before. 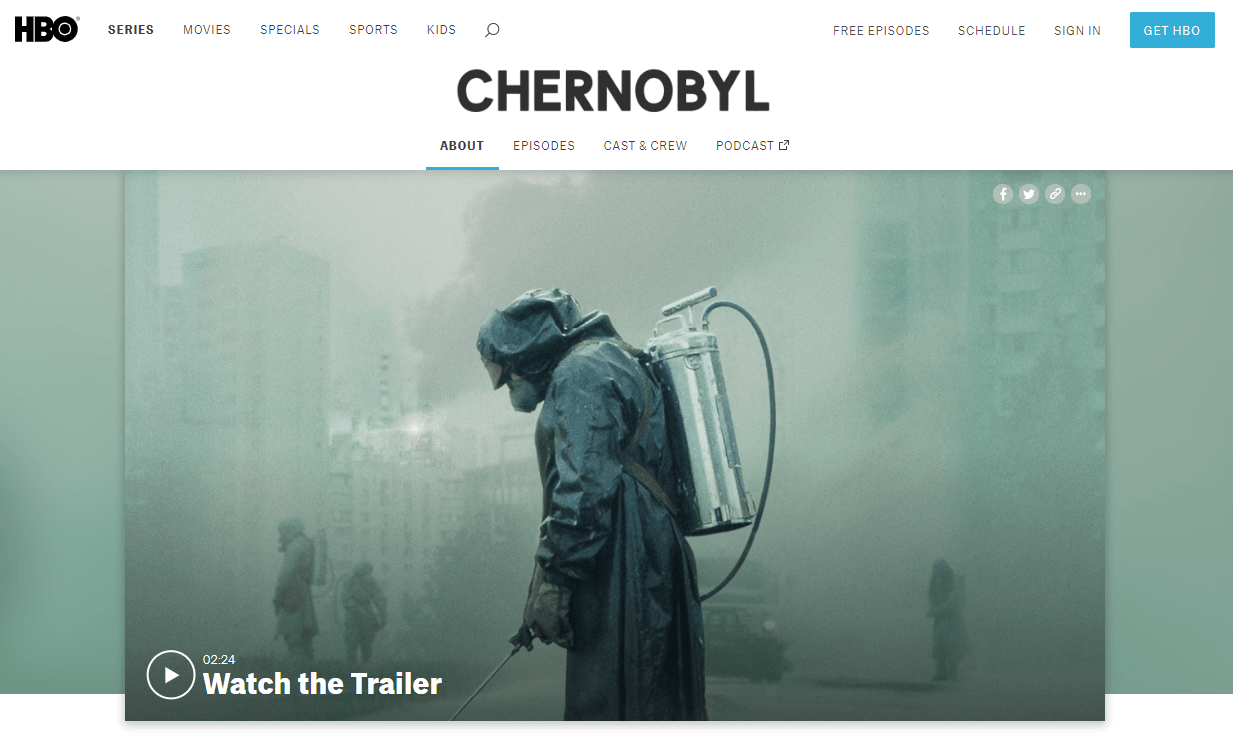 This summer’s most popular streaming service — and also the top search query among kids — is Spotify. Billie Eilish, whom we have already covered in our annual report, is second in terms of search query frequency. In third place is this summer’s hit Old Town Road by Lil Nas X. The track has seen lots of remixes, has 284,202,308 views on YouTube, and is used in over 2 million videos uploaded to TikTok. 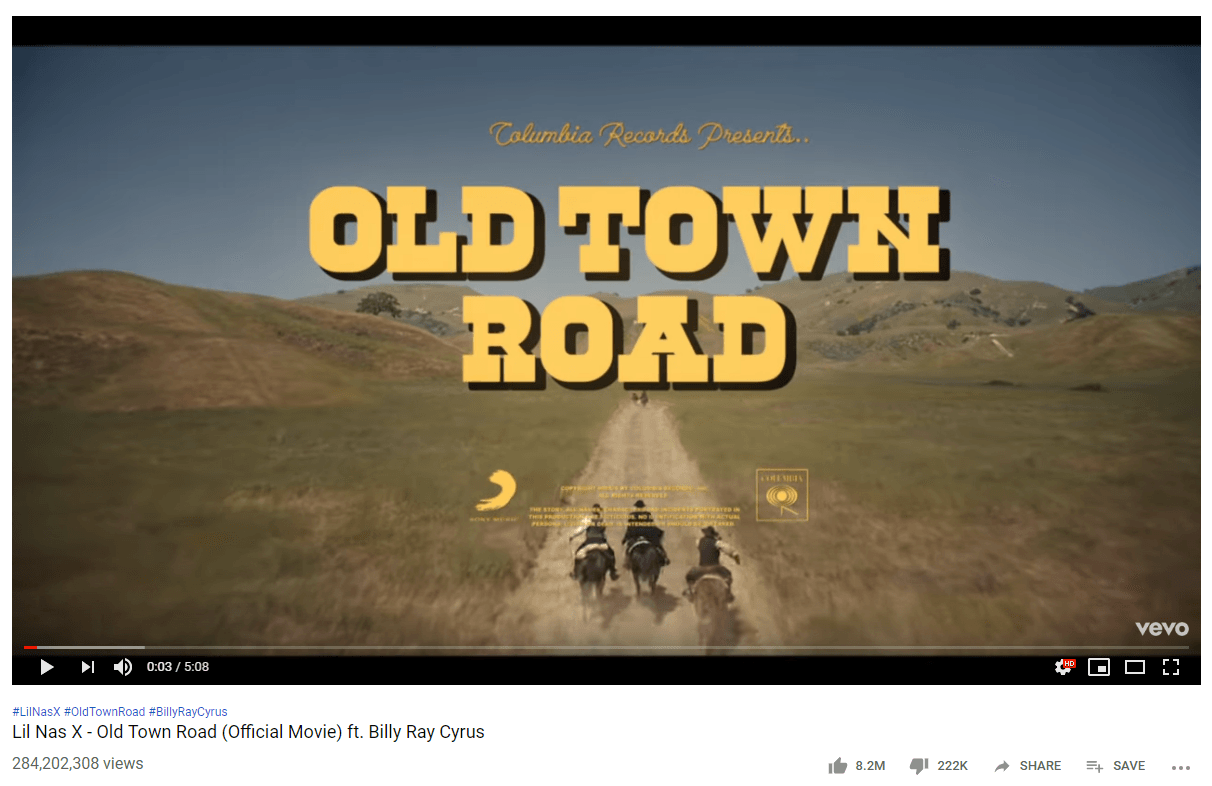 This 2nd of August, a press release came out claiming that the number of Roblox players (active users) has exceeded 100 million, surpassing the number of Minecraft players (91 million). Interestingly, according to statistics there are more queries about Minecraft. Moreover, Fortnite turned out more popular than Roblox according to the same criterion, too. But this should not lead to conclusions about the time children spend on a particular game. Search activity may be related to attempts to clarify some gameplay processes or simply find walkthroughs. 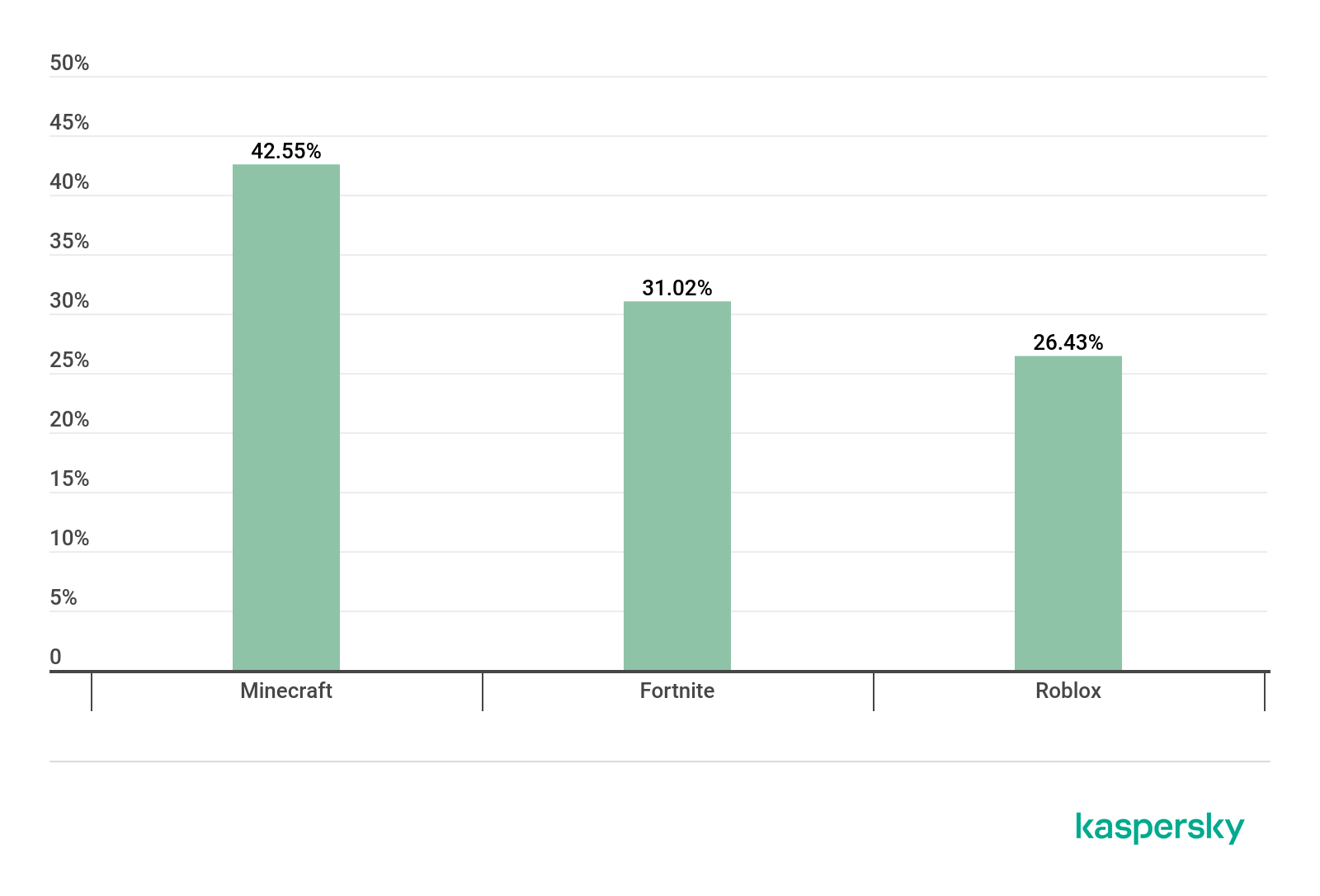 Speaking of the big game industry events that got children involved this summer, we should mention Keanu Reeves’ appearance at the year’s main gaming exhibition, E3: the actor showed on stage during announcement of one of next year’s most awaited games — Cyberpunk 2077, and, as became clear from the game’s new trailer, was cast as one of the game’s NPCs. By the way, Reeves has made one of children’s top search queries among celebs this summer. 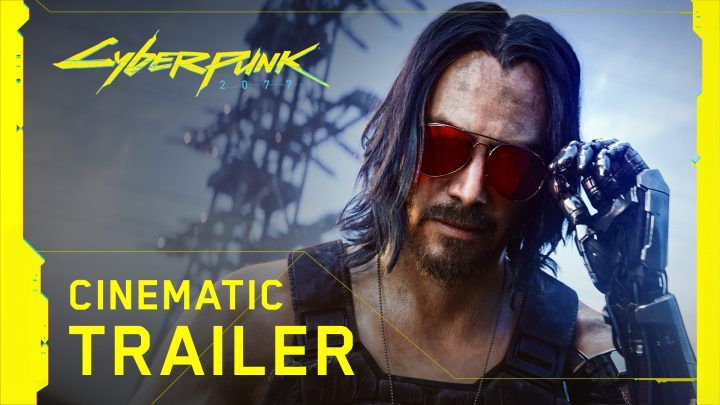 In our annual report, we mentioned children’s heightened interest in online shopping. According to search queries, kids get more time for online stores in the summer. Thus, the “Shopping” category’s annual percentage of 8.72% has reached 12.91% over the summer. As before, amazon, ebay and aliexpress were the most popular queries. The clothes brands children were looking for the most were Vans, Gucci, Zara, H&M, as well as today’s extremely popular Off-White and Balenciaga. Speaking of electronics, the top searches were Apple and Samsung.

The short videos format is today’s global trend in social networking, and the TikTok network (which we covered extensively in our annual report) is fully aligned with it. The network has remained popular during the summer, even overtaking SnapChat in terms of the number of subject-related search queries. 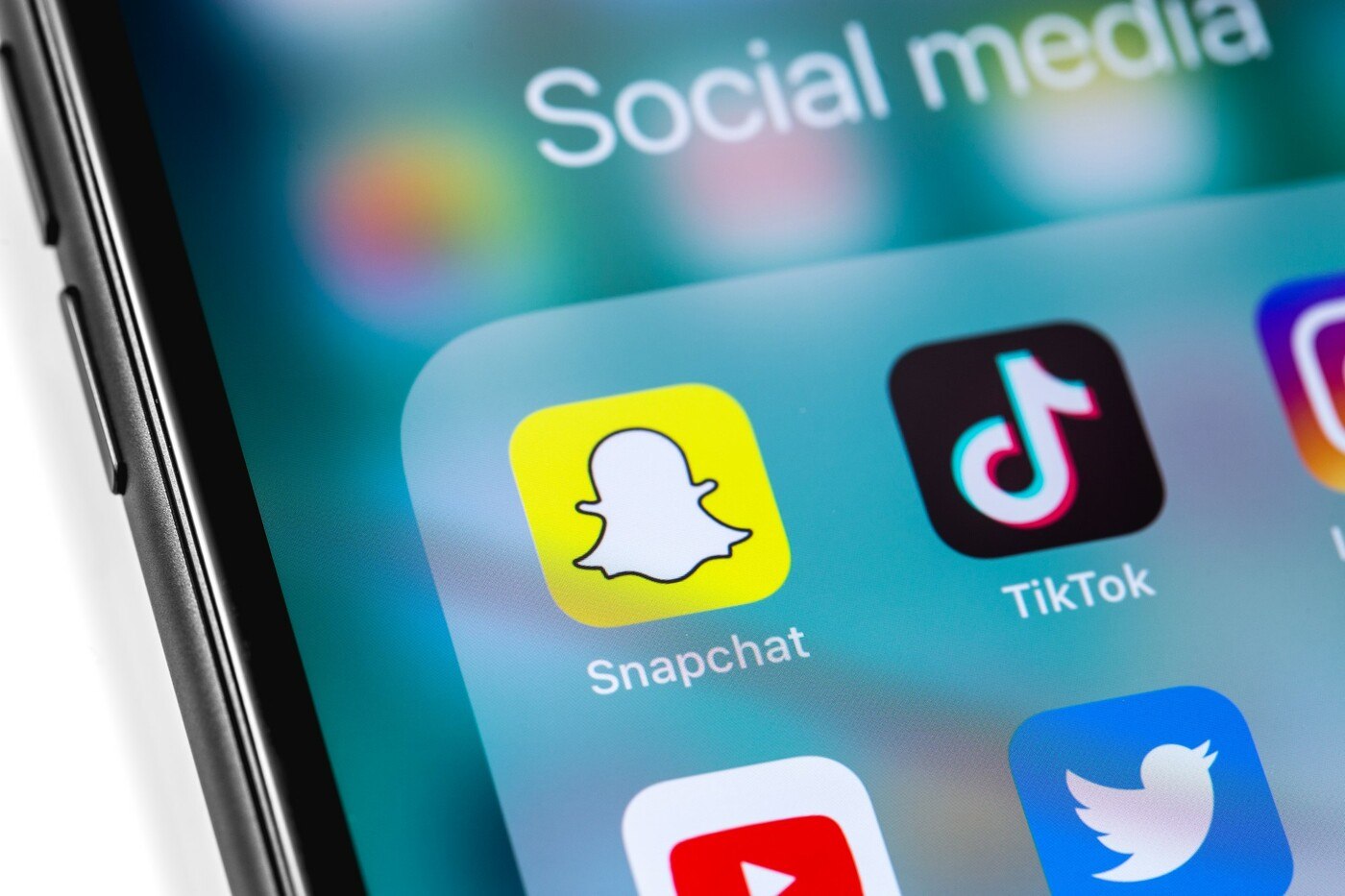 Anime, memes, VPN and much more

Other that the global interests, we have identified a few more noteworthy subjects to be covered in this article.

Children like watching anime and, according to search queries, they do it on the website called Сrunchyroll — one of the most popular queries for “Anime”.

Speaking of the meme world, children did not fail to heed the goings on around the American Storm Area 51 event — subject of active discussions online this summer. There were also many queries concerning Grumpy Cat, who died this May, thus sparking much interest. 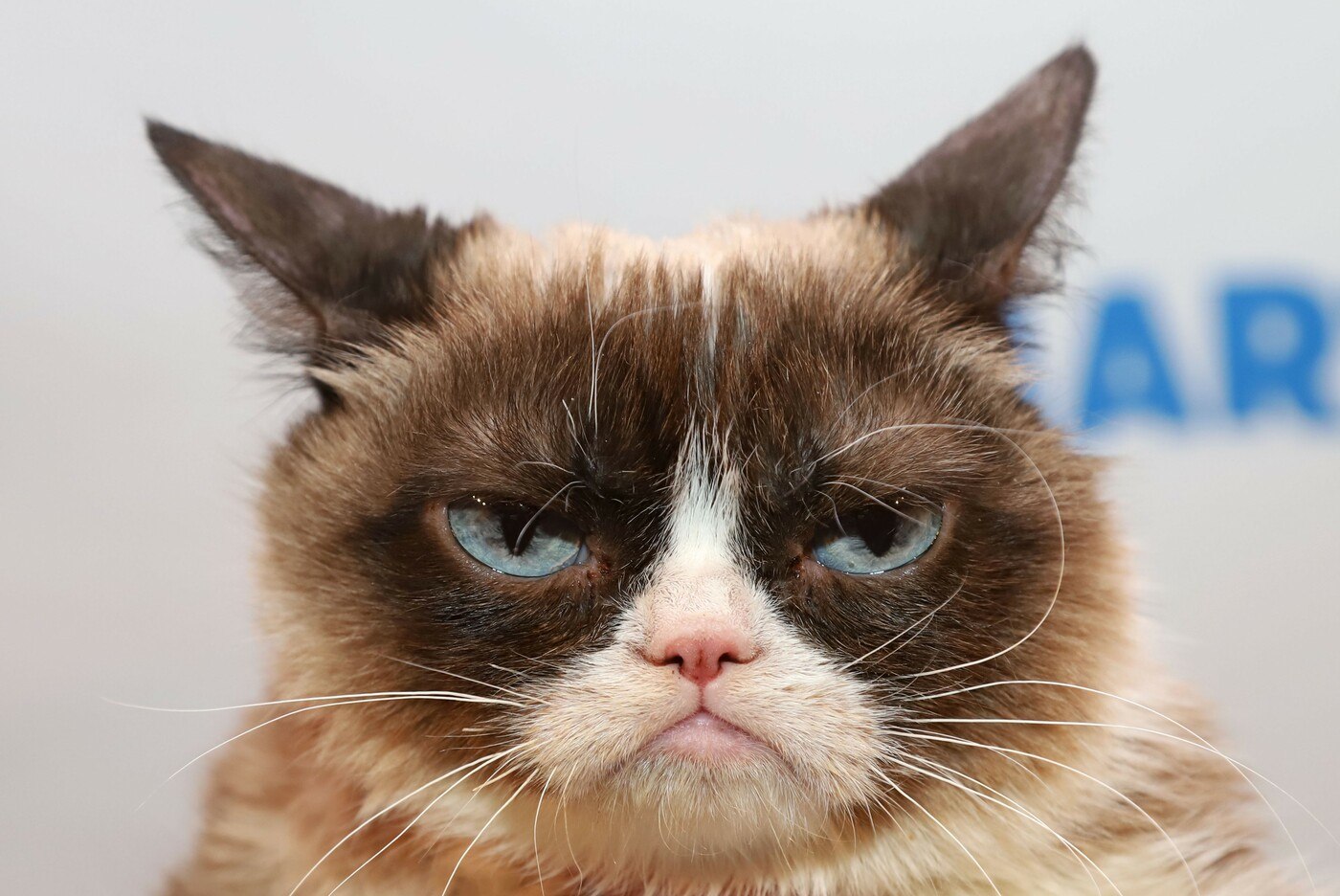 This summer, we also noticed children paying somewhat more attention to online privacy and anonymity. Queries about VPN, Proxy and Tor browser have made it to the top of the list. On the whole, according to our data, children’s interest for the subject is on the rise of late.

Children are well informed about what is going on in the world. Many of this summer’s big internet events got their attention. Moreover, many things are happening exactly thanks to children. Thus, the 100 million Roblox users are mostly kids. In the early days of TikTok, most of the network’s users were children and teenagers — the trend was taken up by adults only later.

Kaspersky Lab’s Safe Kids product allows parents to follow the child’s interests and stay informed about the child’s search and browsing history. We recommend using this tool as your assistant in building a relationship of trust with your child, not yet another internet filter.