A cross-platform win32-based Mirai spreader and botnet is in the wild and previously discussed publicly. However, there is much information confused together, as if an entirely new IoT bot is spreading to and from Windows devices. This is not the case. Instead, an accurate assessment is that a previously active Windows botnet is spreading a Mirai bot variant. So let’s make a level-headed assessment of what is really out there.

The earliest we observed this spreader variant pushing Mirai downloaders was January 2017. But this Windows bot is not new. The Windows bot’s spreading method for Mirai is very limited as well – it only delivers the Mirai bots to a Linux host from a Windows host if it successfully brute forces a remote telnet connection. So we don’t have a sensational hop from Linux Mirai to Windows Mirai just yet, that’s just a silly statement. But we do have a new threat and practical leverage of the monolithic Windows platform to further spread Mirai to previously unavailable resources. In particular, vulnerable SQL servers running on Windows can be a problem, because they can be Internet facing, and have access to private network connecting IP-based cameras, DVR, media center software, and other internal devices.

So, we observe a previously active bot family that now spreads Mirai bots to embedded Linux systems over a very limited delivery vector. It spreads both its own bot code and the new Mirai addition in stages, using multiple web resources and servers. These servers help provide a better timeline of operation for the operator. One of the directly related web hosts at downs.b591[.]com has been serving bot components since at least August 2014. And most of the bot’s functionality clearly traces back to public sources at least as early as 2013. It’s not the freshest code or most impressive leap.

Regardless, it’s unfortunate to see any sort of Mirai crossover between the Linux platform and the Windows platform. Much like the Zeus banking trojan source code release that brought years of problems for the online community, the Mirai IoT bot source code release is going to bring heavy problems to the internet infrastructure for years to come, and this is just a minor start.

Notably, the 2016 Mirai operations were unique for two reasons:

The great volume of this Mirai-generated DDoS traffic in October 2016 took down a portion of the internet, and was severe enough to initiate investigations by the FBI and the DHS. At the time, they had not ruled out nation states’ activity due to the overall power of the Mirai botnets. But even those attacks were far from the work of nation states. Time will only tell if nation states choose to hide their destructive activity in plain sight in the Internet of Things – the capabilities are clearly available. Could we see a nation state interested in taking down wide swaths of the internet using this juvenile toolset? It’s very possible.

In response to the huge problem this poses to the internet infrastructure, over the past few months, our team and CERT have participated in multiple successful command and control takedown efforts that otherwise have posed problems for partners simply providing notifications. While some security researchers may describe these takedowns as “whack a mole”, these efforts resulted in relief from Gbps DDoS storms for major networks. And, we are happy to partner with more network operators to leverage our connections with CERTs, LE, and other partners around the world to further enable this success.

The Windows Spreader – Who What Where

This Windows bot code is richer and more robust than the Mirai codebase, with a large set of spreading techniques, including brute forcing over telnet, SSH, WMI, SQL injection, and IPC techniques. Some of the bot executables are signed with certificates stolen from Chinese manufacturers. The code runs on Windows boxes, and checks in to a hardcoded list of c2 for hosts to scan and attack. Upon successful intrusion, it can spread the Linux Mirai variant as needed over telnet. If tftp or wget are not present on the remote system, it attempts to copy a downloader to the system and executes it there. This downloader will pull down and execute the final Mirai bot. These devices include

Unfortunately, this code is clearly the work of a more experienced bot herder, new to the Mirai game, and possibly one that is not juvenile like the original Mirai operator set. Based on multiple artefacts, the word choice from string artefacts, the code having been compiled on a Chinese system, that the host servers are maintained in Taiwan, abuse of stolen code-signing certificates exclusively from Chinese companies, and other characteristics, it is likely that this developer/operator is Chinese speaking.

The addition of a Chinese-speaking malware author with access to stolen code-signing certificates, with the ability to rip win32 offensive code from multiple offensive projects effective against MSSQL servers around the world, and the ability to port the code into an effective cross-platform spreading bot, introduces a step up from the juvenile, stagnating, but destructive Mirai botnet operations of 2016. It introduces newly available systems and network for the further spread of Mirai bots. And it demonstrates the slow maturing of Mirai now that the source is publicly available.

Below is a proportional comparison of the second stage component’s IP geolocations (fb7b79e9337565965303c159f399f41b), frequently downloaded by vulnerable MSSQL and MySQL servers. It is served from one of two web hosts, both hosted in Taiwan :

When downloaded, it is copied to disk with one of several filenames and executed:

Clearly, emerging markets with heavy investment in technology solutions are hit the heaviest by this component. 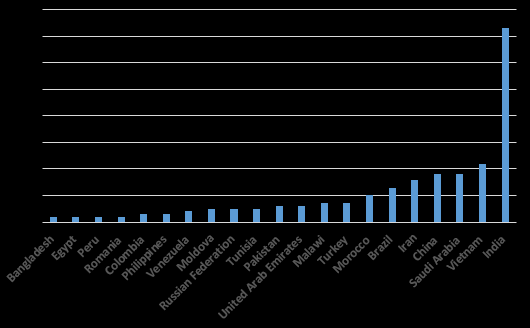 The bot code and various components have been pulled together from other projects and previous sources. At runtime, code delivery occurs in a series of stages, from scanning and attacking online resources to downloading additional configuration files, fetching further instruction, and downloading and running additional executable code. Again, mostly all of these components, techniques, and functionality are several years old and are very large file objects.

This file is a command shell script that registers a variety of files, including database connectivity libraries, and cleans up unneeded traces of itself on the system.

This botnet operator hosts components embedded within jpeg comments, a technique they have been using since 2013. These techniques provide very large file objects. So, even a fresh image downloaded by this bot of Taylor Swift contains 2.3mb of keylogging code first seen 2016.10.30 (ad0496f544762a95af11f9314e434e94): 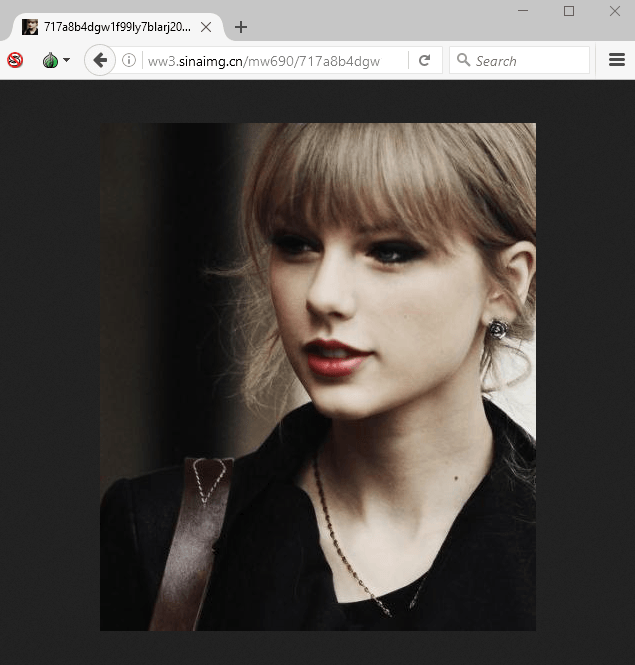 Also interesting in this variant is the variety of its spreader capabilities in the form of blind SQLi (sql injection) and brute forcing techniques, compiled in from a “Cracker” library. This library enables “tasking” of various attacks. The bots are instructed on individual tasks per an encrypted file downloaded from the available c2.

The Windows bot’s source appears to be developed in a fairly modular manner in C++, as functionality is broken out across source libraries:

The code signing certificates appear to be stolen from a solar and semiconductor grinding wafer products manufacturer in Northwest China, and an expired one. 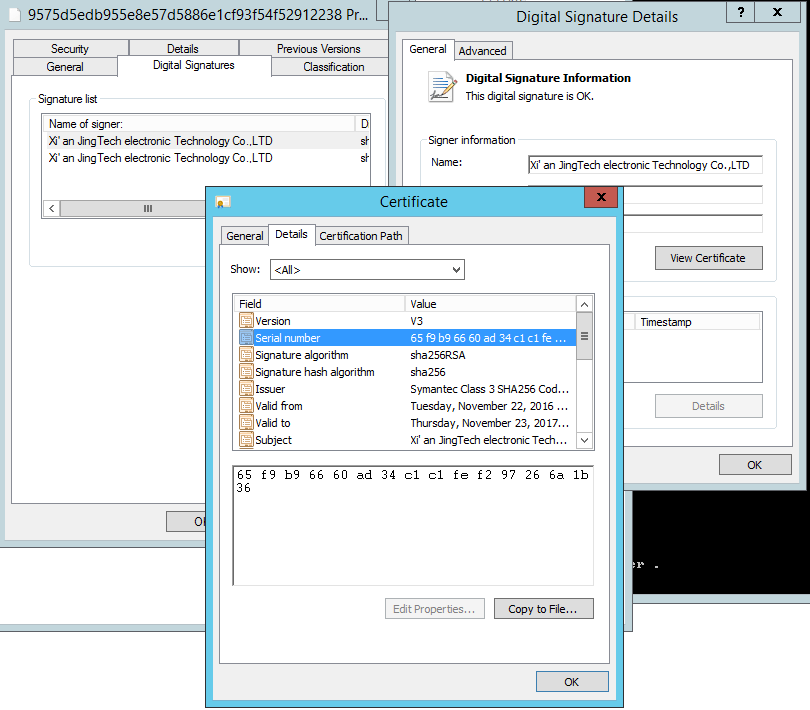 Kaspersky Lab products detect and prevent infections from these bots.