Exploit kits are not as widespread as they used to be. In the past, they relied on the use of already patched vulnerabilities. Newer and more secure web browsers with automatic updates simply do not allow known vulnerabilities to be exploited. It was very different back in the heyday of Adobe Flash because it’s just a plugin for a web browser, meaning that even if the user has an up-to-date browser, there’s a non-zero chance that Adobe Flash may still be vulnerable to 1-day exploits. Now that Adobe Flash is about to reach its end-of-life date at the end of this year, it is disabled by default in all web browser and has pretty much been replaced with open standards such as HTML5, WebGL, WebAssembly. The decline of exploit kits can be linked to the decline of Adobe Flash, but exploit kits have not disappeared completely. They have adapted and switched to target users of Internet Explorer without the latest security updates installed.

Microsoft Edge replaced Internet Explorer as a default web browser with the release of Windows 10 in 2015, but Internet Explorer is still installed for backward compatibility on machines running Windows 10 and it has remained a default web browser for Windows 7/8/8.1. The switch to Microsoft Edge development also meant that Internet Explorer would no longer be actively developed and would only receive vulnerability patches without general security improvements. Still, somehow, Internet Explorer remains a relatively popular web browser. According to NetMarketShare, as of April 2020 Internet Explorer is used on 5.45% of desktop computers (for comparison, Firefox accounts for 7.25%, Safari 3.94%, Edge 7.76%). Despite the security of Internet Explorer being five years behind that of its modern counterparts, it supports a number of legacy script engines. CVE-2018-8174 is a vulnerability in a legacy VBScript engine that was originally discovered in the wild as an exploited zero-day. The majority of exploit kits quickly adopted it as their primary exploit.

Exploit kits still play a role in today’s threat landscape and continue to evolve. For this blogpost I studied and analyzed the evolution of one of the most sophisticated exploit kits out there – Magnitude EK – for a whole year.

This blogpost in a nutshell:

Magnitude EK is one of the longest-standing exploit kits. It was on offer in underground forums from 2013 and later became a private exploit kit. As well as a change of actors, the exploit kit has switched its focus to deliver ransomware to users from specific Asia Pacific (APAC) countries via malvertising. 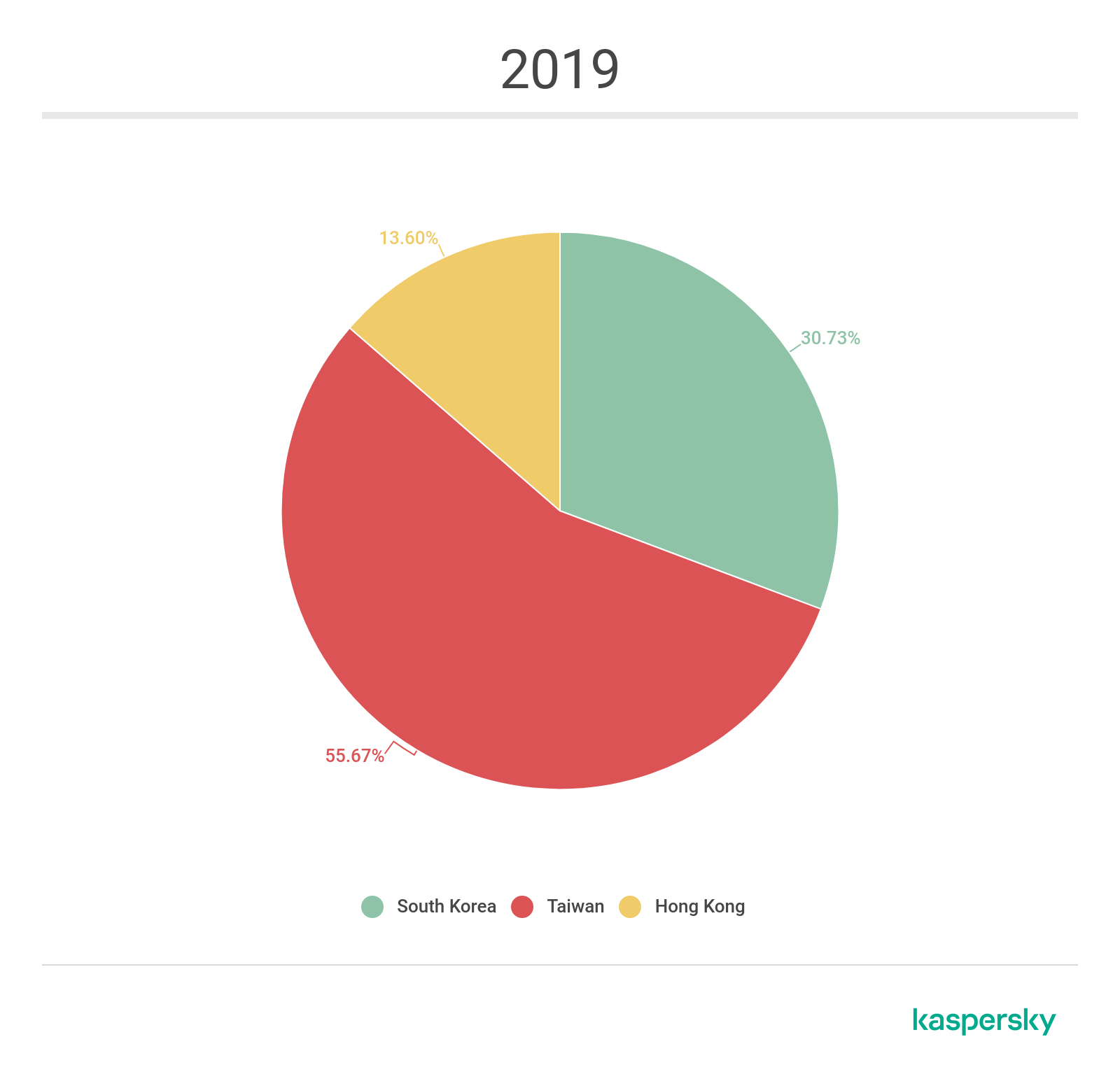 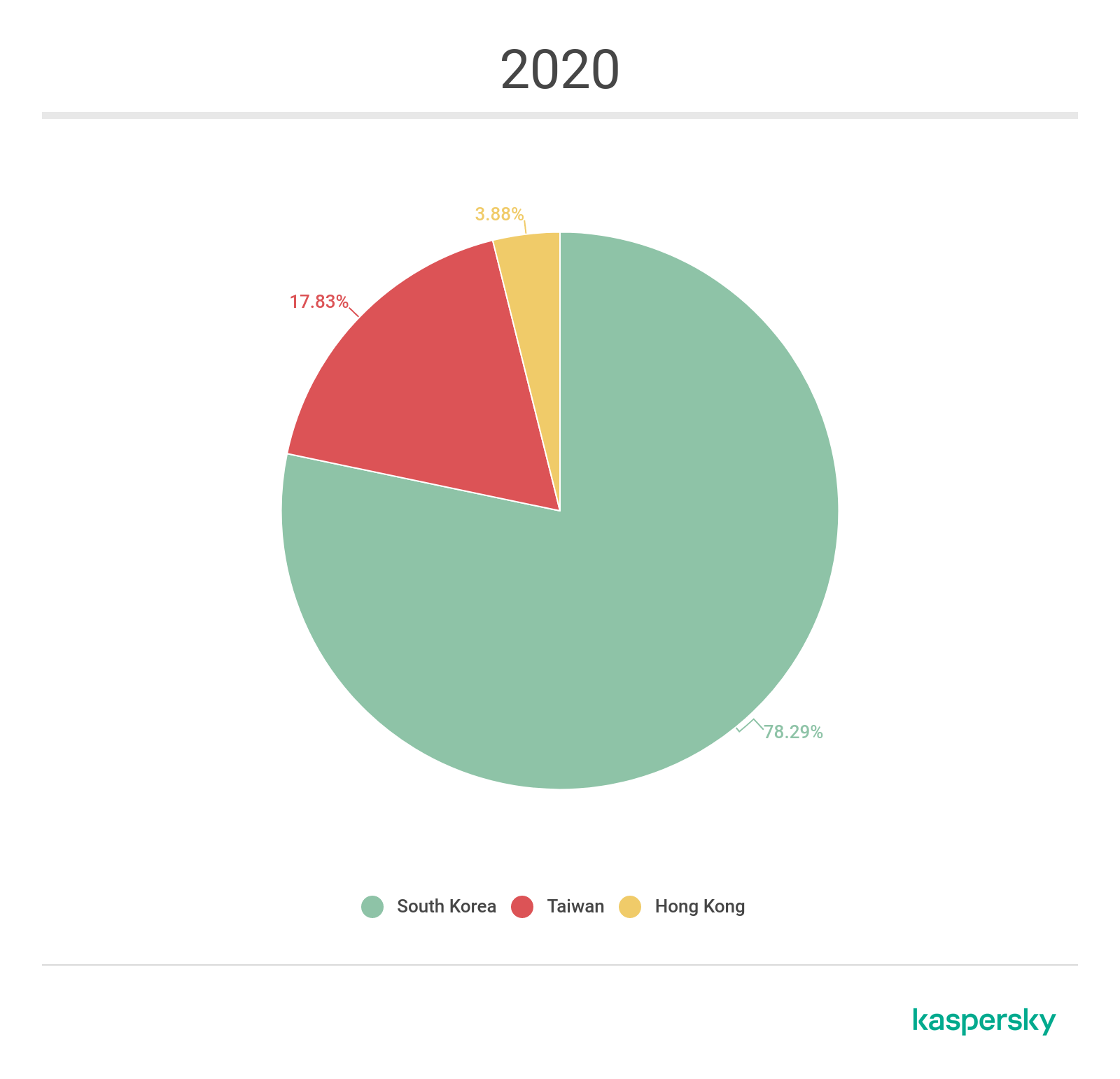 Our statistic shows that this campaign continues to target APAC countries to this day and during the year in question Magnitude EK always used its own ransomware as a final payload.

Like the majority of exploit kits out there, in 2019 Magnitude EK used CVE-2018-8174. However, the attackers behind Magnitude EK were one of the first to adopt the much newer vulnerability CVE-2019-1367 and they have been using it as their primary exploit since February 11, 2020. As was the case with CVE-2018-8174, they didn’t develop their own exploit for CVE-2019-1367, instead reusing the original zero-day and modifying it with their own shellcode and obfuscation.

CVE-2019-1367 is a Use-After-Free vulnerability due to a garbage collector not tracking a value that was not rooted in the legacy JavaScript engine jscript.dll. By default, Internet Explorer 11 uses Jscript9.dll, but it’s still possible to execute the script using the legacy engine by enabling compatibility mode with Internet Explorer 7/8. This can be done with the following script attributes:

The original exploit uses JScript.Compact, a special profile defined for embedded devices. But JScript.Encode is much more interesting because it was developed by Microsoft to protect scripts and prevent source code from being copied. This script attribute can execute scripts encoded with Microsoft Script Encoder (screnc.exe) and it also disables script debugging. Basically, it’s a DRM for JavaScript. Magnitude EK changed from its original exploit to take advantage of this feature. 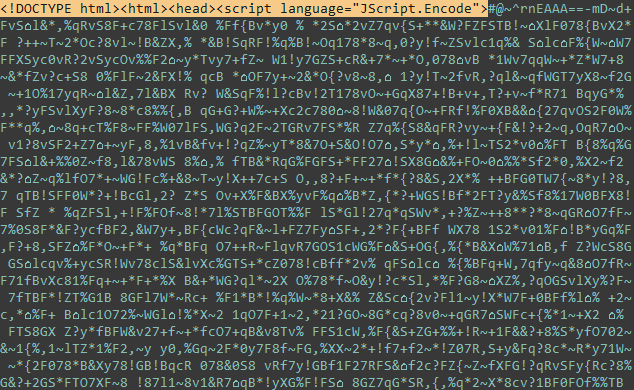 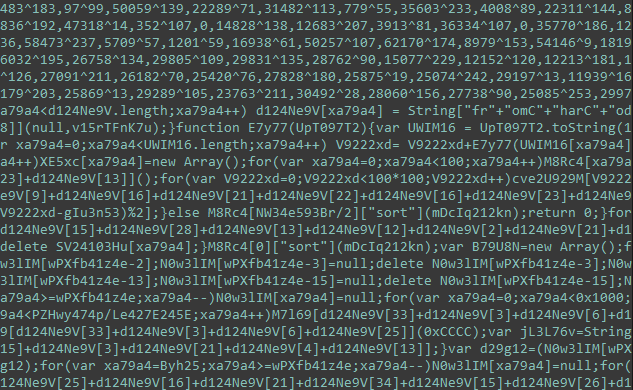 Unpacked exploit. Shellcode, names and some strings are obfuscated

Their shellcodes piqued my interest. They use a huge number of different shellcode encoders, from the classical Metasploit shikata_ga_nai encoder and DotNetToJScript to a variety of custom encoders and stagers.

It was also impossible not to notice the changes happening to their main shellcode responsible for launching the ransomware payload. The attackers are fine-tuning their arsenal on a regular basis.

Magnitude EK has existed since at least 2013, but below you can see just the changes to payload/shellcode that occurred over the period of one year (June 2019 to June 2020). During this period we observed attacks happening almost every day.

The elevation of privilege exploit used by Magnitude EK is quite interesting. When I saw it for the first time, I wasn’t able to recognize this particular exploit. It exploited a vulnerability in the win32k kernel driver and closer analysis revealed that this particular vulnerability was fixed in December 2018. According to Microsoft, only two win32k-related elevation of privilege vulnerabilities were fixed that month – CVE-2018-8639 and CVE-2018-8641. Microsoft previously shared more information with us about CVE-2018-8639, so we can say with some certainty that the encountered exploit uses vulnerability CVE-2018-8641. The exploit has huge code similarities with another zero-day that we had found previously – CVE-2019-0859. Based on these similarities, we attribute this exploit to the prolific exploit writer known as “Volodya”, “Volodimir” or “BuggiCorp”. Volodya is famous for selling zero-day exploits to both APT groups and criminals. In the past, Volodya advertised his services at exploit(dot)in, the same underground forum where Magnitude EK was once advertised. We don’t currently know if the exploit for CVE-2018-8641 was initially used as a zero-day exploit or it was developed as a 1-day exploit through patch diffing. It’s also important to note that a public exploit for CVE-2018-8641 also exists, but it’s incorrectly designated to CVE-2018-8639 and it exploits the vulnerability in another fashion, meaning there are two completely different exploits for the same vulnerability.

Magnitude EK uses its own ransomware as its final payload. The ransomware comes with a temporary encryption key and list of domain names and the attackers change them frequently. Files are encrypted with the use of Microsoft CryptoAPI and the attackers use Microsoft Enhanced RSA and AES Cryptographic Provider (PROV_RSA_AES). The initialization vector (IV) is generated pseudo randomly for each file and a 0x100 byte long blob with encrypted IV is appended to the end of the file. The ransomware doesn’t encrypt the files located in common folders such as documents and settings, appdata, local settings, sample music, tor browser, etc. Before encryption, the extensions of files are checked against a hash table of allowed file extensions that contains 715 entries. A ransom note is left in each folder with encrypted files and at the end a notepad.exe process is created to display the ransom note. To hide the origin of the executed process, the ransomware uses one of two techniques: “wmic process call create” or “pcalua.exe –a … -c …”. After encryption the ransomware also attempts to delete backups of the files with the “wmic shadowcopy delete” command that is executed with a UAC-bypass. 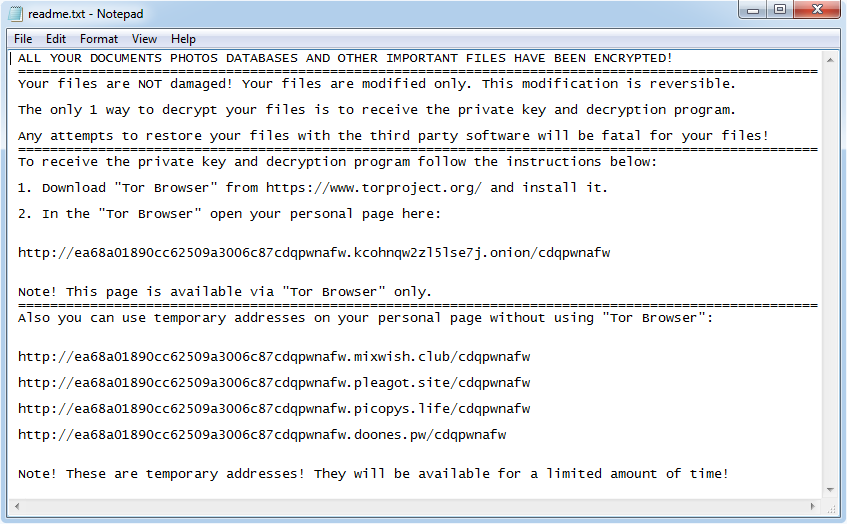 The core of the ransomware did not undergo many changes throughout the year. If we compare old samples with more recent versions, there are only a few notable changes:

The total volume of attacks performed by exploit kits has decreased, but they still exist, are still active, and still pose a threat, and therefore need to be treated seriously. Magnitude is not the only active exploit kit and we see other exploit kits that are also switching to newer exploits for Internet Explorer. We recommend installing security updates, migrating to a newer operating system (make sure you stay up to date with Windows 10 builds) and also not using Internet Explorer as your web browser. Throughout the entire Magnitude EK campaign we have detected the use of Internet Explorer exploits with the verdict PDM:Exploit.Win32.Generic.