For many kids and teenagers, summer is all about ditching school books in favor of hobbies and fun. Every year we release a report on children’s interests, as reflected in their online activity. This summer, we investigated what they prefer in their free time.

The Parental Control module in Kaspersky Lab products protects children from unwanted content, as does the standalone multiplatform solution Kaspersky Safe Kids. We use them to collect anonymous statistics about children’s online activities for which filtering is available and analyze this data every year to discover where their interests lie and how they are adapting in the digital world.

How statistics are collected

Kaspersky Lab solutions scan the content of web pages that children try to access. If a particular site belongs to one of 14 unwanted categories, the module sends a notification to the Kaspersky Security Network (there is no transfer of personal user data and no violation of privacy). There are two important things to note here:

In products that have the Parental Control module, web filtering is currently performed across the following categories:

We grouped the search queries by language. We consider statistics for the English language as international due to its prevalence. All searches in the specific language made by individual users including repeat queries were taken as the 100% reference value. The popularity of each topic, defined as the percentage of queries related to it, is calculated for each separate language.

Search queries sent to us during the period June-August 2018 were broken down into several thematic categories: 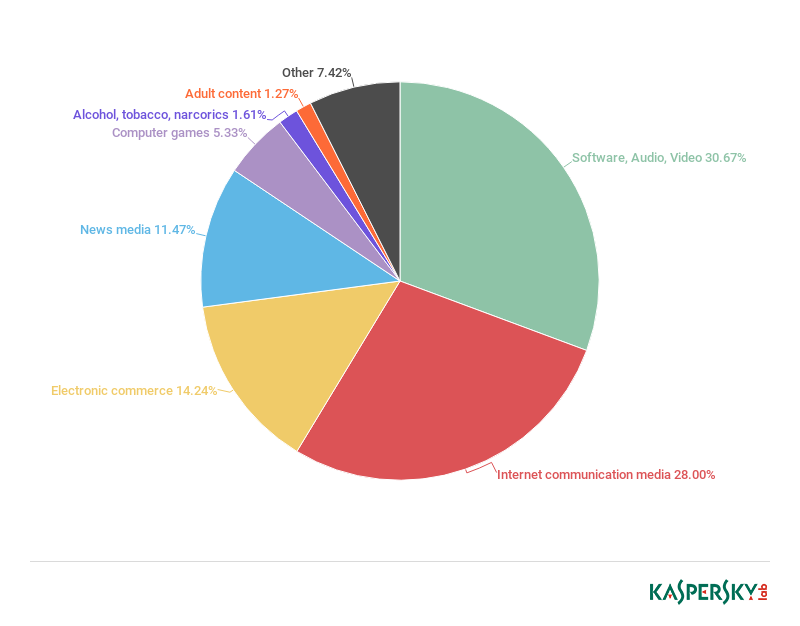 According to website visitor statistics for June to mid-August 2018, in summer children prefer video and music over social media, as on average throughout the year. The most popular sites are YouTube and Facebook. This summer, children also took greater interest in online shopping and news portals. They paid little attention to gaming sites (although this doesn’t mean they’re playing less). Interestingly, resources devoted to alcohol, tobacco, narcotics, and pornography are almost never accessed by children on PCs. 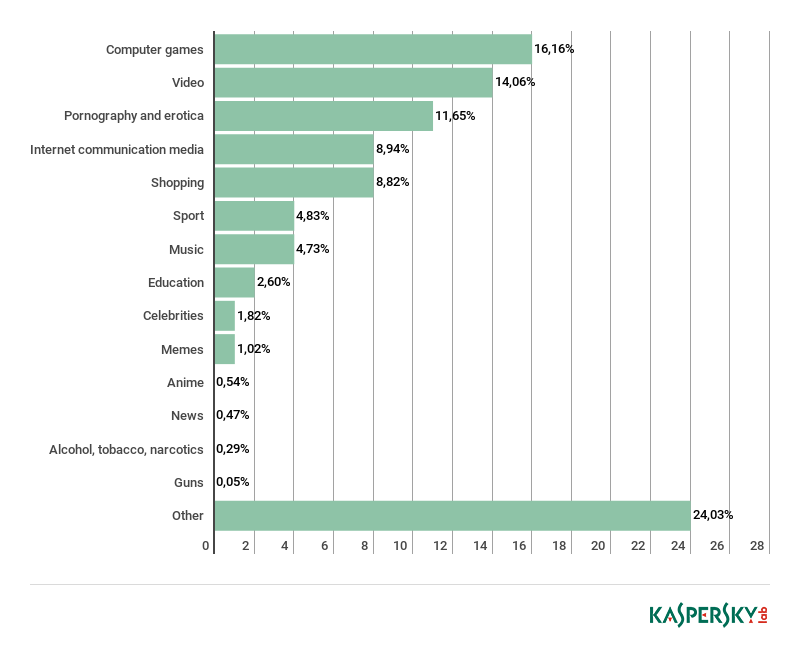 As for search engine activity, children displayed most interest in computer games (we get data on children’s searches from mobile platforms as well as PCs, which helps explain the discrepancy between gaming site visits from desktops and search activity). In second place came videos, films, and serials. Third place belongs to pornography and erotica. As our statistics show, some children are interested in education topics during the summer months. On a separate note, we should mention that children displayed interest (albeit not much, just 0.05%) in the topic of weapons, searching for “guns” and “оружие” (weapons).

According to website visitor statistics for stationary computers, children spend more time watching YouTube videos during the summer vacation than at other times of the year. We registered especially keen interest in the blogger PewDiePie, which is not surprising, since he is currently the most popular English-speaking blogger on YouTube. Children also watched serials on Netflix and listened to music on Spotify, Soundcloud, and iTunes.

Younger children prefer SpongeBob cartoons and visit the Nickelodeon, Cartoon Network, and Disney websites. Teenagers, meanwhile, are interested in the latest movies and serials, such as Deadpool 2 and Stranger Things.

The music tastes of the younger generation haven’t changed: children continue to listen to rap. The famous rapper XXXTentacion was killed this summer, causing children to look for information about his death and listen to him more than other performers. Note that November 2017 saw the death of another famous young rap artist, Lil Peep, which also provoked a spike in interest, as reflected in our 2017-2018 report.

Although our statistics clearly indicate that children are becoming less likely to use social media on stationary computers, the number of Facebook visits kept the “Internet communication media” category in second place. Besides this social network, children use the instant messenger Google Hangouts, and web versions of WhatsApp and Telegram on PCs. Tumblr and Twitter also get a look-in. The most common search engine queries among kids are “Facebook,” “Instagram,” “Twitter,” and “Pinterest.”

Besides chatting with friends online and watching videos and TV shows, children were interested in updating their mobile devices and the contents of their wardrobe. The top stores are Ebay, Amazon, Aliexpress, ASOS, and H&M, and the most popular brands are Nike, Adidas, Supreme, Gucci, and Vans. These footwear and clothing brands are in favor with the younger generation, not least because they are glorified by rap singers, and artists are forever doing collabs with them. For example, Travis Scott x Nike or Pharrell Williams x Adidas.

Screenshot of news from hypebeast.com

As for children’s gadgets, this summer’s hits were iPhone X and Samsung Galaxy, and its flops were Huawei and Xiaomi.

Many news sources have recently stepped up their coverage of cultural events, launching music sections (for instance, bbc.co.uk/music) with the latest news about musicians, plus the opportunity to watch clips and listen to new releases. This is likely a contributing factor to the rise in teenage visits to the BBC, CNN, and Buzzfeed sites. Russian-speaking teenagers prefer to read news on the information portal Meduza.

This summer, children worldwide were hooked on Fortnite, eclipsing the extremely popular PUBG. Activision/Blizzard games are still all the rage. Meanwhile, young gamers’ interest in Roblox and Minecraft dropped off slightly.

This summer, children and adolescents showed almost no interest at all in tobacco, alcohol, and narcotics. This is illustrated by the low percentage of visits to websites and the near total lack of search queries related to this topic. The only queries we spotted were “alcohol” and “marlboro,” and neither was very popular. In the Russian language, children looked for information using the query “наркотики” (drugs). 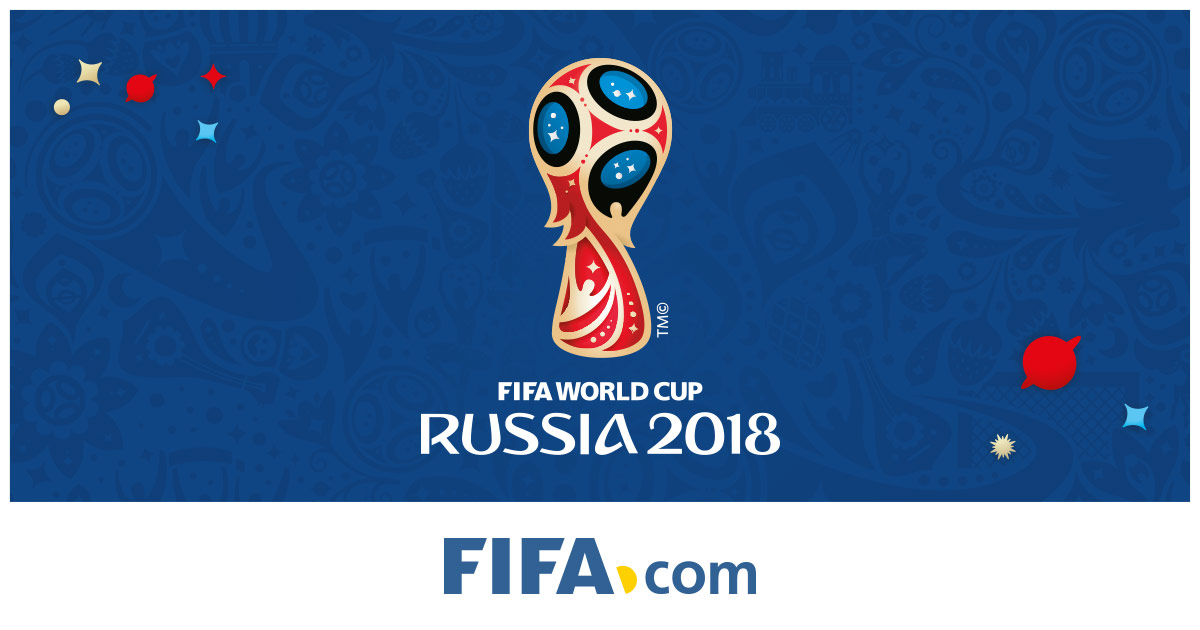 Also center-stage was the Momo Challenge, which attracted wholesale attention in July 2018 — YouTube trends were driven by young Momo-trolling bloggers. Curiously, children googled nothing specific, and our statistics logged only the search queries “momo” and “момо” (in Russian).

The topic of online privacy is relevant for children, too, as evidenced by searches for the DuckDuckGo search engine and attempts to find out what a VPN is (no interest in this topic had been registered before).

As for famous people, children continued to show interest in Kim Kardashian, Kylie Jenner, and Emma Watson; the list was also enlarged by Donald Trump and Megan Markle.

From the data we collected over the summer, the picture that emerges of the behavior of the average child and adolescent is to be expected. With more free time on their hands, children began watching more videos on YouTube and TV shows on Netflix. They also visited online stores more often in search of information about the latest fashion. They also carried on playing computer games and following news stories of interest to them. The topics of privacy and the World Cup also featured. Meanwhile, there were more attempts to look at pornography, presumably because in summer children often stay home alone while their parents go to work.

All the statistics in this article are an accurate reflection of what modern kids and adolescents took an interest in this summer. Note that Parental Control statistics can be used not just to glean general indicators, but to find out what interests a particular child. We recommend that you keep an eye on this data and use Safe Kids not only as a tool to restrict access to certain content, but as a guide to your child’s online world.

We know what your kids did this summer