Story of the year

In 2016, ransomware continued its rampage across the world, tightening its hold on data and devices, and on individuals and businesses.

The numbers speak for themselves: 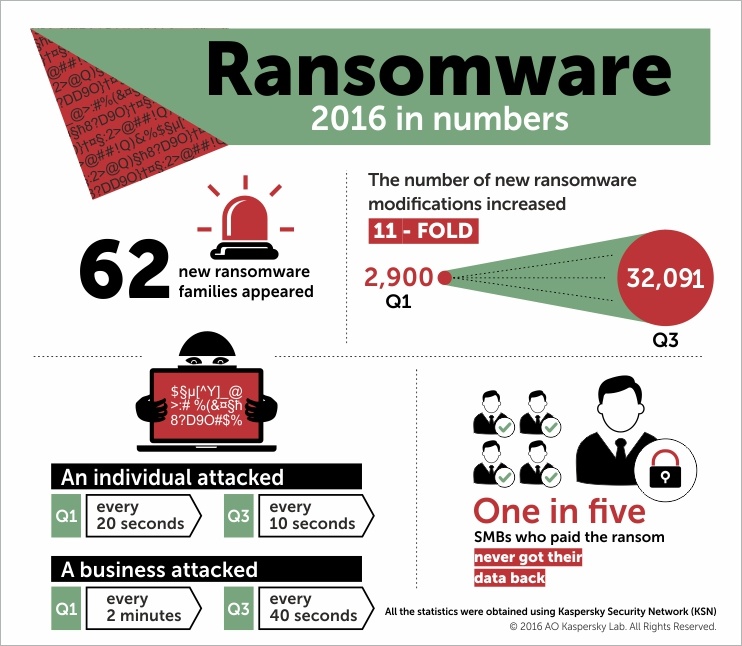 2016 also saw ransomware grow in sophistication and diversity, for example: changing tack if it encountered financial software, written in scripting languages, exploiting new infection paths, becoming more targeted, and offering turn-key ransomware-as-a-service solutions to those with fewer skills, resources or time – all through a growing and increasingly efficient underground ecosystem.

At the same time, 2016 saw the world begin to unite to fight back:

The No More Ransom project was launched in July, bringing together Police, Europol, Intel Security and Kaspersky Lab. A further 13 organizations joined in October. Among other things, the collaboration has resulted in a number of free online decryption tools that have so far helped thousands of ransomware victims to recover their data.

This is just the tip of the iceberg – much remains to be done. Together we can achieve far more than any of us can on our own.

Ransomware comes in two forms. The most common form of ransomware is the cryptor. These programs encrypt data on the victim’s device and demand money in return for a promise to restore the data. Blockers, by contrast, don’t affect the data stored on the device. Instead, they prevent the victim from accessing the device. The ransom demand, displayed across the screen, typically masquerades as a notice from a law enforcement agency, reporting that the victim has accessed illegal web content and indicating that they must pay a spot-fine. You can find an overview of both forms of ransomware here.

Ransomware: the main trends & discoveries of 2016

“Most ransomware thrives on an unlikely relationship of trust between the victim and their attacker: that, once payment is received, the ransomed files will be returned. Cybercriminals have exhibited a surprising semblance of professionalism in fulfilling this promise.” 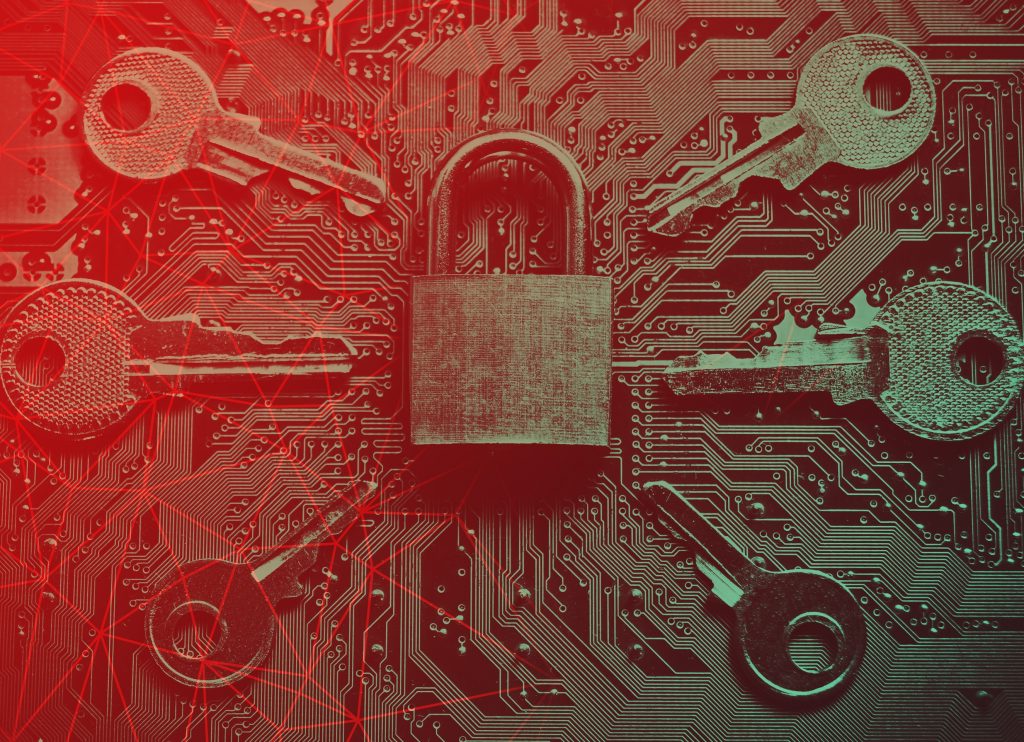 Arrivals – in 2016, the world said hello to Cerber, Locky and CryptXXX – as well as to 44,287 new ransomware modifications

Cerber and Locky arrived in the early Spring. Both are nasty, virulent strains of ransomware that are propagated widely, mainly through spam attachments and exploit kits. They rapidly established themselves as ‘major players’, targeting individuals and corporates. Not far behind them was CryptXXX. All three families continue to evolve and to hold the world to ransom alongside well-established incumbents such as CTB-Locker, CryptoWall and Shade.

Locky ransomware has so far been spread across 114 countries #KLReport

As of October 2016, the top ransomware families detected by Kaspersky Lab products look like this:

Departures – and goodbye to Teslascrypt, Chimera and Wildfire – or so it seemed… 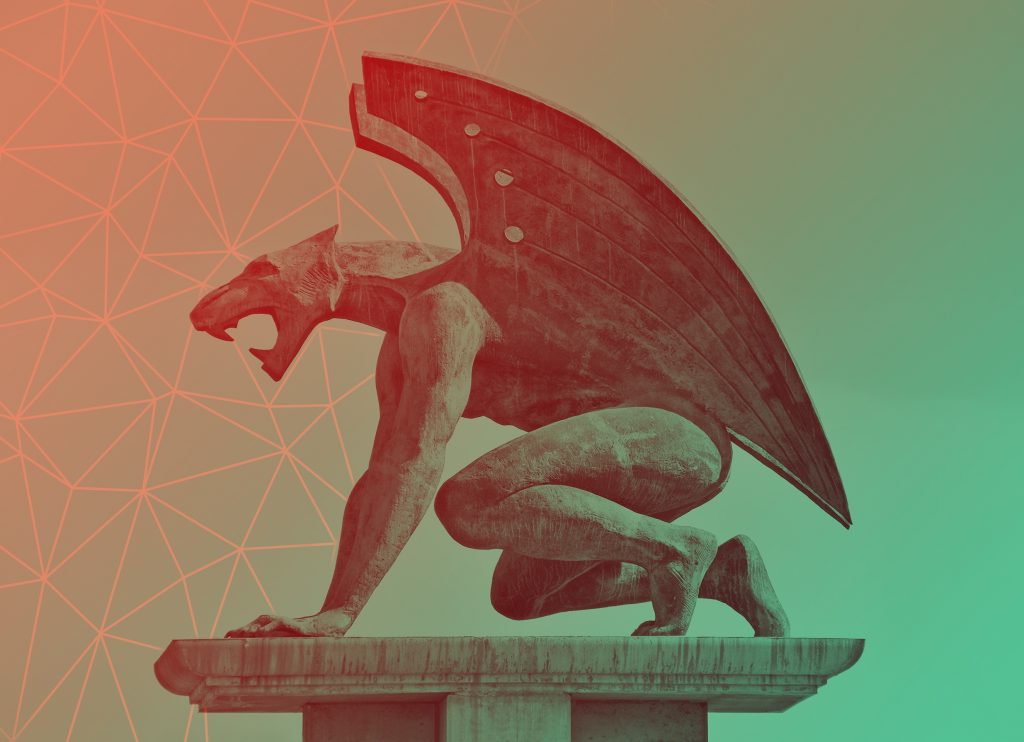 Probably the biggest surprise of 2016 was the shutdown of TeslaCrypt and the subsequent release of the master key, apparently by the malware actors themselves.

Encryptor RaaS, one of the first Trojans to offer a Ransomware-as-a-Service model to other criminals shut up shop after part of its botnet was taken down by the police.

Then, in July, approximately 3,500 keys for the Chimera ransomware were publicly released by someone claiming to be behind the Petya/Mischa ransomware. However, since Petya used some of the Chimera source code for its own ransomware, it could in fact be the same group, simply updating its product suite and causing mischief.

Similarly, Wildfire, whose servers were seized and a decryption key developed following a combined effort by Kaspersky Lab, Intel Security and the Dutch Police, now appears to have re-emerged as Hades. 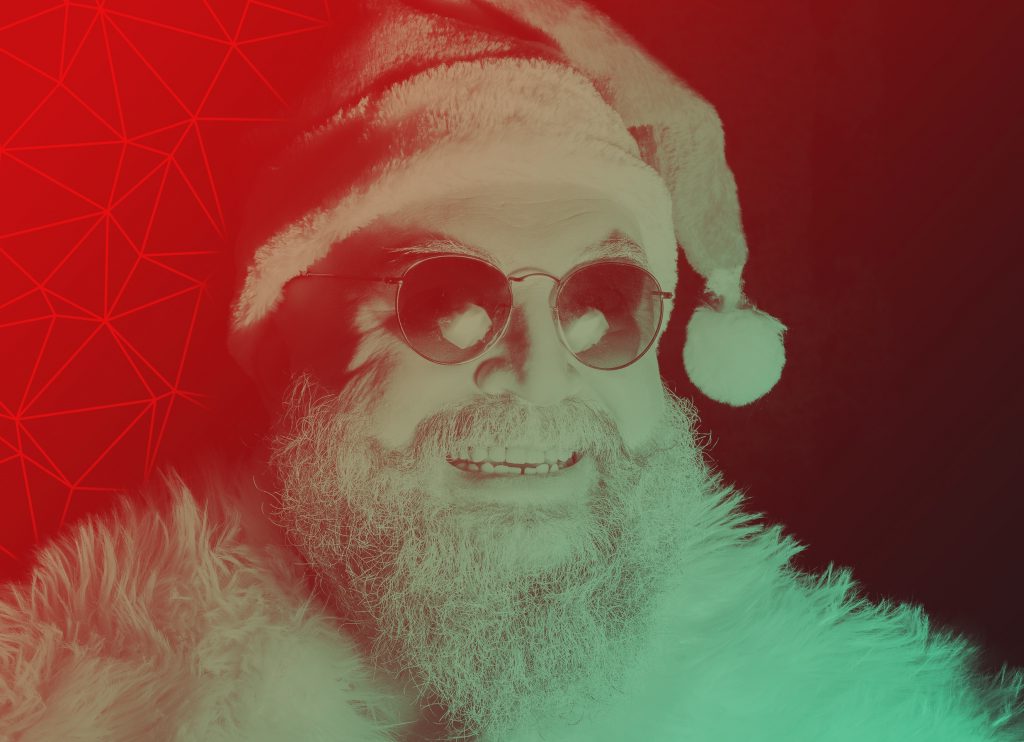 Well-intentioned researchers developed ‘educational’ ransomware to give system administrators a tool to simulate a ransomware attack and test their defenses. Criminals were quick to seize upon these tools for their own malicious purposes.

Ransomware developed for ‘education’ gave rise to Ded Cryptor and Fantom, among others #KLReport

The developer of the educational ransomware Hidden Tear & EDA2 helpfully posted the source code on GitHub. Inevitably, 2016 saw the appearance of numerous malicious Trojans based on this code. This included Ded Cryptor, which changed the wallpaper on a victim computer to a picture of an evil-looking Santa Claus, and demanded a massive two Bitcoins (around $1,300) as a ransom. Another such program was Fantom, which simulated a genuine-looking Windows update screen. 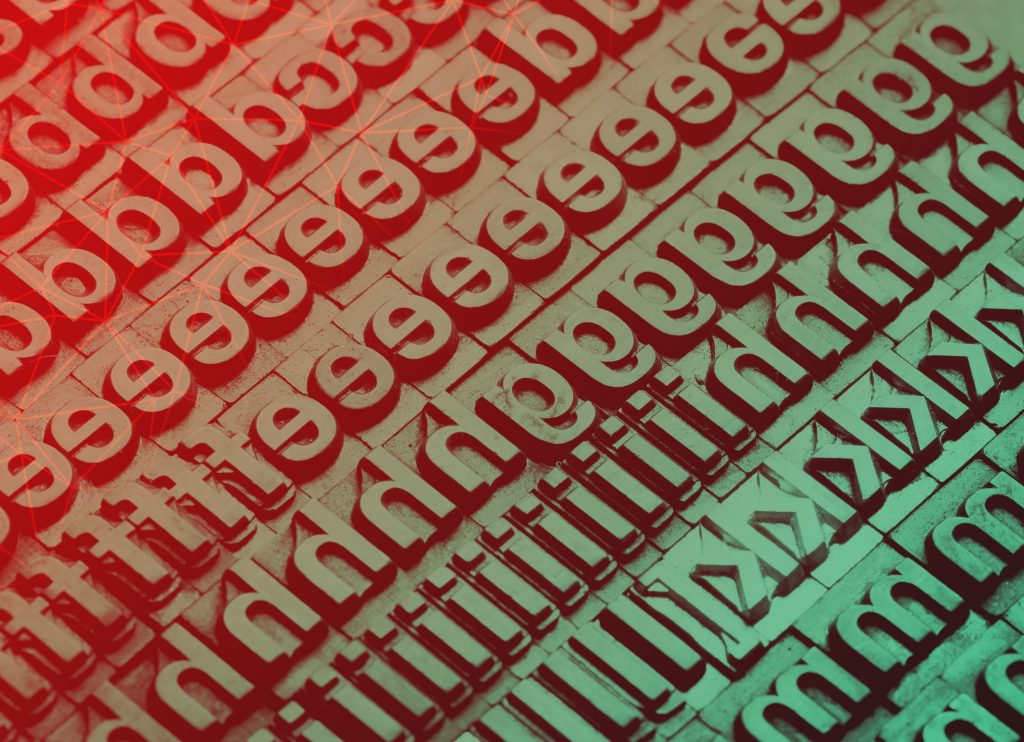 Another trend that attracted our attention in 2016 was the growing number of cryptors written in scripting languages. In the third quarter alone, we came across several new families written in Python, including HolyCrypt and CryPy, as well as Stampado written in AutoIt, the automation language.

A long line of amateurs and copycats

Many of the new ransomware Trojans detected in 2016 turned out to be of low-quality; unsophisticated, with software flaws and sloppy errors in the ransom notes.

This was accompanied by a rise in copycat ransomware. Among other things, we spotted that:

Probably the most prominent copycat we discovered this year was Polyglot (aka MarsJoke). It fully mimics the appearance and file processing approach of CTB-Locker.

These trends are all expected to increase in 2017.

“As the popularity continues to rise and a lesser grade of criminal decides to enter the space, we are likely to encounter more and more ‘ransomware’ that lacks the quality assurance or general coding capability to actually uphold this promise. We expect ‘skiddie’ ransomware to lock away files or system access or simply delete the files, trick the victim into paying the ransom, and provide nothing in return.” 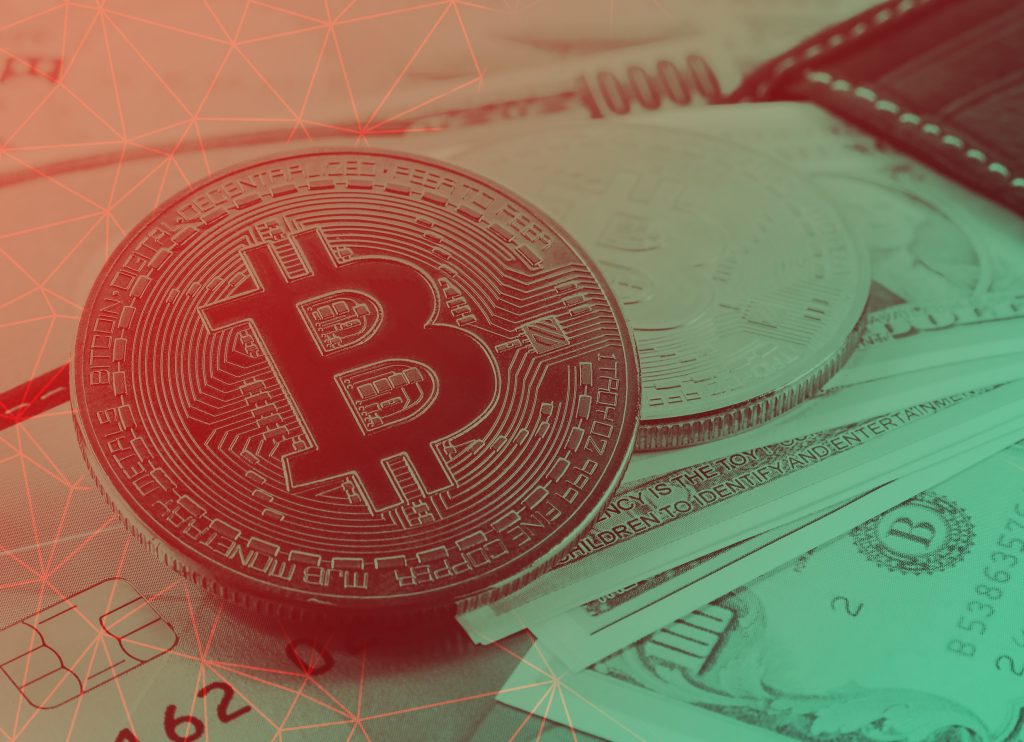 The rise of RaaS

While Ransomware-as-a-Service is not a new trend, in 2016 this propagation model continued to develop, with ever more ransomware creators offering their malicious product ‘on demand’. This approach has proved immensely appealing to criminals who lack the skills, resources or inclination to develop their own.

Ransomware is increasingly for hire on the criminal underground #KLReport

Notable examples of ransomware that appeared in 2016 and use this model are Petya/Mischa and Shark ransomware, which was later rebranded under the name Atom.

This business model is increasingly sophisticated: 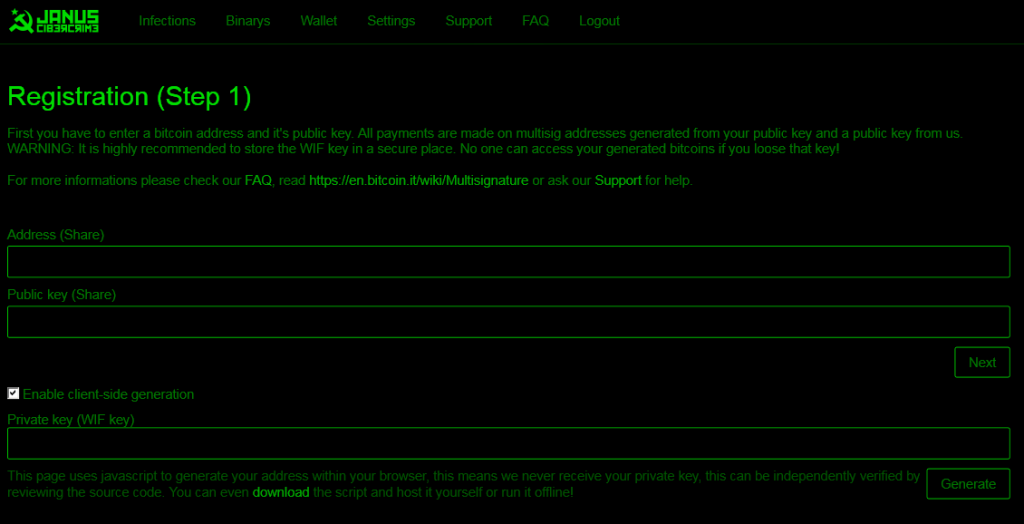 The partner often signs up to a traditional commission-based arrangement. For example, the “payment table” for Petya ransomware shows that if a partner makes 125 Bitcoins a week thy will walk away with 106.25 Bitcoins after commission.

There is also an initial usage fee. Someone looking to use the Stompado ransomware, for example, needs to come up with just $39.

With other criminals offering their services in spam distribution, ransomware notes etc. it’s not difficult for an aspiring attacker to get started.

From commission-based networks to customer support and branding

The most ‘professional’ attackers offered their victims a help desk and technical support, guiding them through the process of buying Bitcoins to pay the ransom, and sometimes even being open to negotiation. Every step further encouraged the victim to pay.

Further, Kaspersky Lab experts studying ransomware in Brazil noticed that for many attacks, branding the ransomware was a matter of some importance. Those looking for media attention and customer fear would opt for a high profile, celebrity theme or gimmick – while those more concerned about staying under the radar would forgo the temptation of fame and leave their victims facing just an e-mail for contacting the bad guys and a Bitcoin address to pay into.

It’s still all about the Bitcoins

Throughout 2016, the most popular ransomware families still favored payment in Bitcoins. Most ransomware demands were not excessive, averaging at around $300, although some were charged – and paid – a great deal more.

Others, particularly regional and hand-crafted operations, often preferred a local payment option – although this also meant that they were no longer able to hide in plain sight and blend in with the rest of the ransomware noise.

Ransomware turned its weapons on business 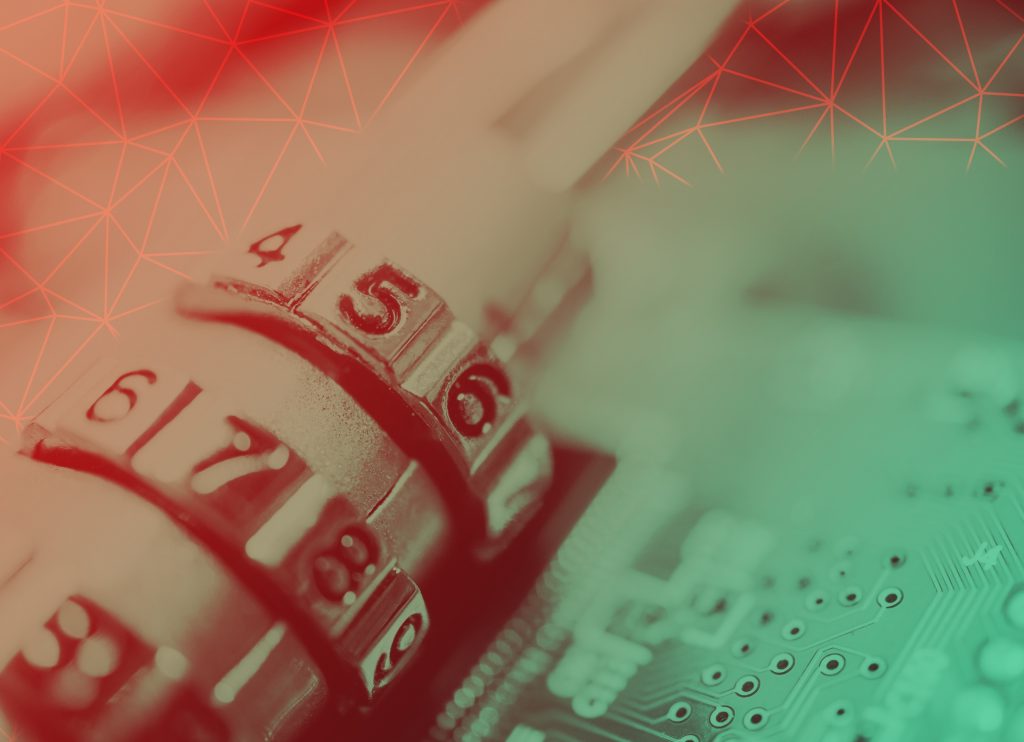 In the first three months of 2016, 17% of ransomware attacks targeted corporates – this equates to an attack hitting a business somewhere in the world every two minutes1. By the end of Q3 this had increased to 23.9% – an attack every 40 seconds.

A business is attacked with ransomware every 40 seconds #KLReport

According to Kaspersky Lab research, in 2016, one in every five businesses worldwide suffered an IT security incident as a result of a ransomware attack.

One in five SMBs never gets their data back, even after paying #KLReport

Some industry sectors are harder hit than others, but our research shows that all are at risk

Ransomware attacks that made the headlines 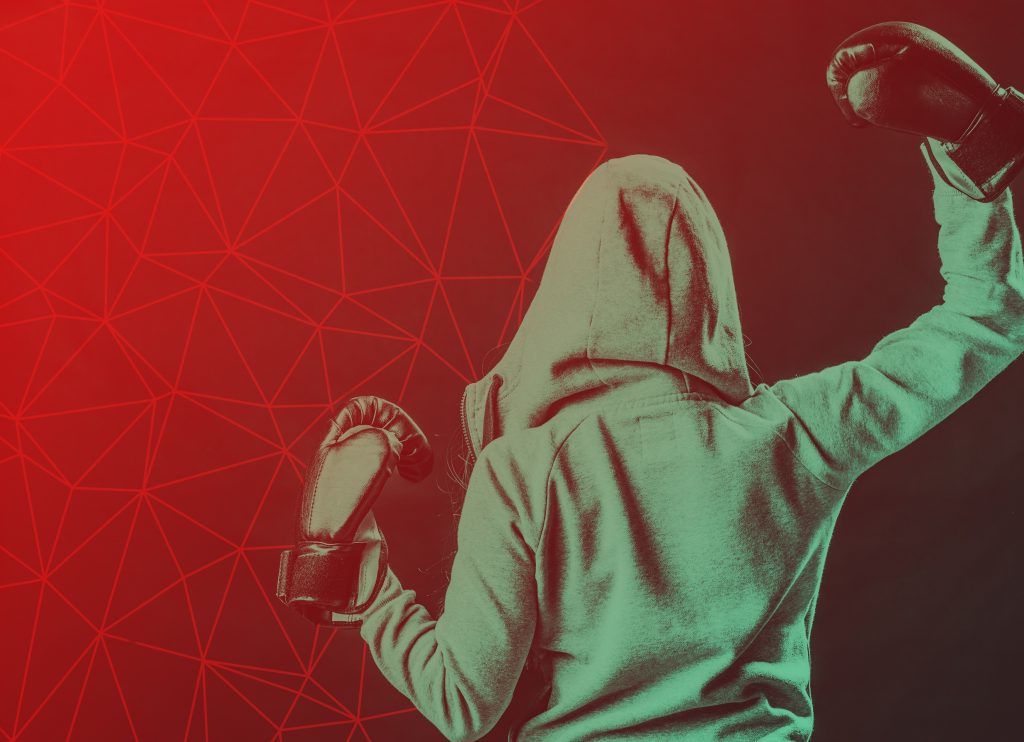 The latest versions of Kaspersky Lab products for smaller companies have been enhanced with anti-cryptomalware functionality. In addition, a new, free anti-ransomware tool has been made available for all businesses to download and use, regardless of the security solution they use.

Kaspersky Lab’s Anti-Ransomware Tool for Business is a ‘light’ solution that can function in parallel with other antivirus software. The tool uses two components needed for the early detection of Trojans: the distributed Kaspersky Security Network and System Watcher, which monitors applications’ activity.

Kaspersky Security Network quickly checks the reputation of files and website URLs through the cloud, and System Watcher monitors the behavior of programs, and provides proactive protection from yet-unknown versions of Trojans. Most importantly, the tool can back up files opened by suspicious applications and roll back the changes if the actions taken by programs prove malicious.

Through collaboration: The No More Ransom Initiative

On 25 July 2016, the Dutch National Police, Europol, Intel Security and Kaspersky Lab announced the launch of the No More Ransom project – a non-commercial initiative that unites public and private organizations and aims to inform people of the dangers of ransomware and help them to recover their data.

The online portal currently carries eight decryption tools, five of which were made by Kaspersky Lab. These can help to restore files encrypted by more than 20 types of cryptomalware. To date, more than 4,400 victims have got their data back – and more than $1.5 million dollars in ransom demands has been saved.

No More Ransom has so far got 4.400 people their data back – and deprived criminals of $1.5 million in ransom #KLReport

Eurojust and the European Commission also support the project’s objectives, and more partners from the private sector and law enforcement are expected to be announced soon.

Standing up to ransomware – how to stay safe

Can we ever win the fight against ransomware?

We believe we can – but only by working together. Ransomware is a lucrative criminal business. To make it stop the world needs to unite to disrupt the criminals’ kill-chain and make it increasingly difficult for them to implement and profit from their attacks.