These statistics are based on detection verdicts of Kaspersky products received from users who consented to provide statistical data.

According to Kaspersky Security Network, in Q3:

In Q3 2020, Kaspersky solutions blocked attempts to launch one or more types of malware designed to steal money from bank accounts on the computers of 146,761 users.

To evaluate and compare the risk of being infected by banking Trojans and ATM/POS malware worldwide, for each country we calculated the share of users of Kaspersky products who faced this threat during the reporting period as a percentage of all users of our products in that country.

First among the banker families, as in the previous quarter, is Zbot (19.7%), despite its share dropping 5.1 p.p. It is followed by Emotet (16.1%) — as we predicted, this malware renewed its activity, climbing by 9.5 p.p. as a result. Meanwhile, the share of another banker family, RTM, decreased by 11.2 p.p., falling from second position to fifth with a score of 7.4%.

** Unique users who encountered this malware family as a percentage of all users attacked by financial malware.

Q3 2020 saw many high-profile ransomware attacks on organizations in various fields: education, healthcare, governance, energy, finance, IT, telecommunications and many others. Such cybercriminal activity is understandable: a successful attack on a major organization can command a ransom in the millions of dollars, which is several orders of magnitude higher than the typical sum for mass ransomware.

Campaigns of this type can be viewed as advanced persistent threats (APTs), and Kaspersky researchers detected the involvement of the Lazarus group in the distribution of one of these ransomware programs.

Distributors of these Trojans also began to cooperate with the aim of carrying out more effective and destructive attacks. At the start of the quarter, word leaked out that Maze operators had joined forces with distributors of LockBit, and later RagnarLocker, to form a ransomware cartel. The cybercriminals used shared infrastructure to publish stolen confidential data. Also observed was the pooling of expertise in countering security solutions.

Of the more heartening events, Q3 will be remembered for the arrest of one of the operators of the GandCrab ransomware. Law enforcement agencies in Belarus, Romania and the UK teamed up to catch the distributor of the malware, which had reportedly infected more than 1,000 computers.

In Q3 2020, we detected four new ransomware families and 6,720 new modifications of this malware type.

* Excluded are countries with relatively few Kaspersky users (under 50,000).
** Unique users attacked by ransomware Trojans as a percentage of all unique users of Kaspersky products in the country.

Number of users attacked by miners

In Q3, we detected attacks using miners on the computers of 440,041 unique users of Kaspersky products worldwide. If in the previous quarter the number of attacked users decreased, in this reporting period the situation was reversed: from July we saw a gradual rise in activity.

According to our statistics, vulnerabilities in the Microsoft Office suite continue to lead: in Q3, their share amounted to 71% of all identified vulnerabilities. Users worldwide are in no rush to update the package, putting their computers at risk of infection. Although our products protect against the exploitation of vulnerabilities, we strongly recommend the timely installation of patches, especially security updates.

First place in this category of vulnerabilities goes to CVE-2017-8570, which can embed a malicious script in an OLE object placed inside an Office document. Almost on a par in terms of popularity is the vulnerability CVE-2017-11882, exploits for which use a stack overflow error in the Equation Editor component. CVE-2017-0199 and CVE-2018-0802 likewise remain popular.

Distribution of exploits used by cybercriminals, by type of attacked application, Q3 2020 (download)

The share of vulnerabilities in Internet browsers increased by 3 p.p. this quarter to 15%. One of the most-talked-about browser vulnerabilities was CVE-2020-1380 — a use-after-free error in the jscript9.dll library of the current version of the Internet Explorer 9+ scripting engine. This same vulnerability was spotted in the Operation PowerFall targeted attack.

In the reporting quarter, the vulnerability CVE-2020-1464, used to bypass scans on malicious files delivered to user systems, was discovered in Microsoft Windows. An error in the cryptographic code made it possible for an attacker to insert a malicious JAR archive inside a correctly signed MSI file, circumvent security mechanisms, and compromise the system. Also detected were vulnerabilities that could potentially be used to compromise a system with different levels of privileges:

Among network-based attacks, those involving EternalBlue exploits and other vulnerabilities from the Shadow Brokers suite remain popular. Also common are brute-force attacks on Remote Desktop Services and Microsoft SQL Server, and via the SMB protocol. In addition, the already mentioned critical vulnerability CVE-2020-1472, also known as Zerologon, is network-based. This error allows an intruder in the corporate network to impersonate any computer and change its password in Active Directory.

Perhaps this quarter’s most interesting find was EvilQuest, also known as Virus.OSX.ThifQseut.a. It is a self-replicating piece of ransomware, that is, a full-fledged virus. The last such malware for macOS was detected 13 years ago, since which time this class of threats has been considered irrelevant for this platform.

* Unique users who encountered this malware as a percentage of all users of Kaspersky security solutions for macOS who were attacked.

Among the adware modules and their Trojan downloaders in the macOS threat rating for Q3 2020 was Hoax.OSX.Amc.d. Known as Advanced Mac Cleaner, this is a typical representative of the class of programs that first intimidate the user with system errors or other issues on the computer, and then ask for money to fix them.

Spain (6.29%) and France (6.13%) were the leaders by share of attacked users. They were followed by India (5.59%) in third place, up from fifth in the last quarter. As for detected macOS threats, the Shlayer Trojan consistently holds a leading position in countries in this Top 10 list.

In Q3 2020, the share of devices whose IP addresses were used for Telnet attacks on Kaspersky traps increased by 4.5 p.p.

Distribution of attacked services by number of unique IP addresses of devices that carried out attacks, Q3 2020

However, the distribution of sessions from these same IPs in Q3 did not change significantly: the share of operations using the SSH protocol rose by 2.8 p.p.

Nevertheless, Telnet still dominates both by number of attacks from unique IPs and in terms of further communication with the trap by the attacking party.

Geography of IP addresses of devices from which attempts were made to attack Kaspersky Telnet traps, Q3 2020 (download)

* Devices from which attacks were carried out in the given country as a percentage of the total number of devices in that country.

Geography of IP addresses of devices from which attempts were made to attack Kaspersky SSH traps, Q3 2020 (download)

* Devices from which attacks were carried out in the given country as a percentage of the total number of devices in that country.

* Share of malware type in the total number of malicious programs downloaded to IoT devices following a successful attack.

The statistics in this section are based on Web Anti-Virus, which protects users when malicious objects are downloaded from malicious/infected web pages. Cybercriminals create such sites on purpose; web resources with user-created content (for example, forums), as well as hacked legitimate resources, can be infected.

Countries that are sources of web-based attacks: Top 10

The following statistics show the distribution by country of the sources of Internet attacks blocked by Kaspersky products on user computers (web pages with redirects to exploits, sites containing exploits and other malicious programs, botnet C&C centers, etc.). Any unique host could be the source of one or more web-based attacks.

Countries where users faced the greatest risk of online infection

To assess the risk of online infection faced by users in different countries, for each country we calculated the share of Kaspersky users on whose computers Web Anti-Virus was triggered during the quarter. The resulting data provides an indication of the aggressiveness of the environment in which computers operate in different countries.

This rating only includes attacks by malicious programs that fall under the Malware class; it does not include Web Anti-Virus detections of potentially dangerous or unwanted programs such as RiskTool or adware.

* Excluded are countries with relatively few Kaspersky users (under 10,000).
** Unique users targeted by Malware-class attacks as a percentage of all unique users of Kaspersky products in the country.

These statistics are based on detection verdicts by the Web Anti-Virus module that were received from users of Kaspersky products who consented to provide statistical data.

On average, 4.58% of Internet user computers worldwide experienced at least one Malware-class attack.

In this section, we analyze statistical data obtained from the OAS and ODS modules in Kaspersky products. It takes into account malicious programs that were found directly on users’ computers or removable media connected to them (flash drives, camera memory cards, phones, external hard drives), or which initially made their way onto the computer in non-open form (for example, programs in complex installers, encrypted files, etc.).

Countries where users faced the highest risk of local infection

For each country, we calculated the percentage of Kaspersky product users on whose computers File Anti-Virus was triggered during the reporting period. These statistics reflect the level of personal computer infection in different countries.

Note that this rating only includes attacks by malicious programs that fall under the Malware class; it does not include File Anti-Virus triggers in response to potentially dangerous or unwanted programs, such as RiskTool or adware.

* Excluded are countries with relatively few Kaspersky users (under 10,000).
** Unique users on whose computers Malware-class local threats were blocked, as a percentage of all unique users of Kaspersky products in the country. 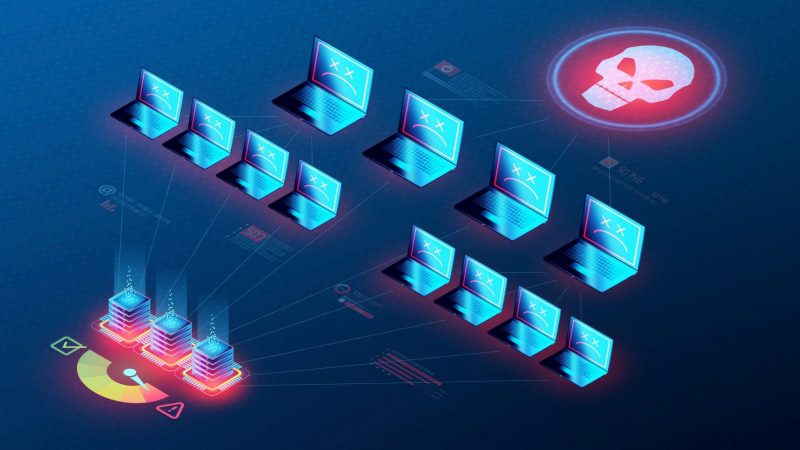