Industrial control systems (ICS) surround us: they are used in electric, water and wastewater, oil and natural gas, transportation, chemical, pharmaceutical, pulp and paper, food and beverage, and discrete manufacturing (e.g., automotive, aerospace, and durable goods). Smart cities, smart houses and cars, medical equipment – all of that is driven by ICS.

Sophisticated attacks on ICS systems are not somewhat new anymore. It is worth remembering an incident in 2015 in Ivano-Frankivsk, Ukraine where around a half of houses were left without electricity because of a cyber-attack against the Prykarpattyaoblenergo power company, and it was only one of multiple victims of the BlackEnergy APT campaign.

Another notable incident, happened in 2015 and described in Verizon Data Breach Digest, is an attack on Kemuri Water Company’s ICS infrastructure, when intruders infiltrated a water utility’s control system and changed the levels of chemicals being used to treat tap water. The intrusion was performed through a vulnerable externally available system, that managed programmable logic controllers (PLCs) regulating valves and ducts that controlled the flow of water and chemicals used to treat it through the system.

Also in 2015 there were other ICS-related incidents, such as attacks on a steel mill in Germany and on the Frederic Chopin Airport in Warsaw.

In this research we provide an overview of the current situation with ICS security worldwide from the point of view of vulnerabilities, and vulnerable ICS components exposed to the Internet.

The research is focused on two areas: Vulnerabilities and ICS Availability over the Internet. Vulnerabilities information gathering was carried out based on open sources, such as Industrial Control Systems Cyber Emergency Response Team (ICS-CERT) advisories, NVD/CVE, SCADA Strangelove, Siemens Product CERT and other information available online. Severity levels for the vulnerabilities were assessed based on a Common Vulnerability Scoring System (CVSS) of the versions 2 and 3. CVSS v2 was used to compare vulnerability statistics in the years 2014 and 2015, and it was also used for any vulnerabilities that didn’t have CVSS v3 score assigned.

In the second part of research results (ICS Availability over the Internet) we used a passive approach for analysis based on information from the Shodan search engine. To identify ICS systems in Shodan search we used a fingerprint knowledgebase, containing about 2000 records and allowing to identify product vendors and versions by banners. 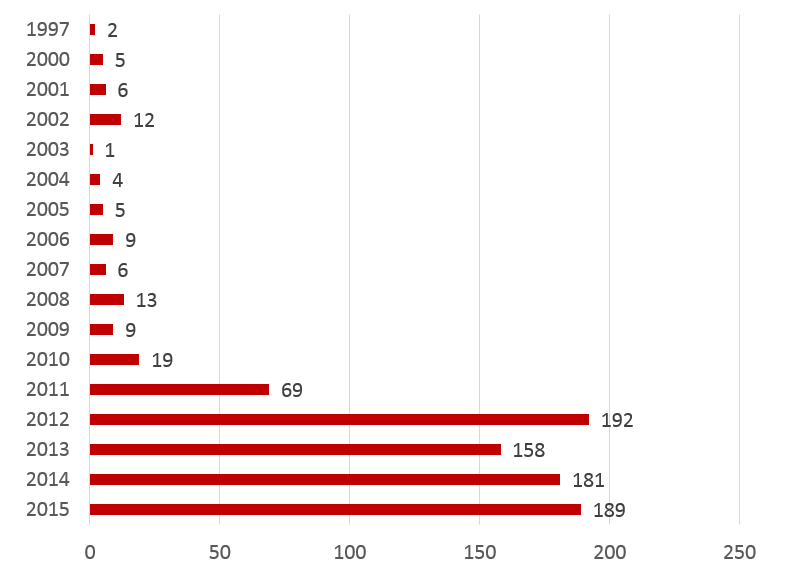 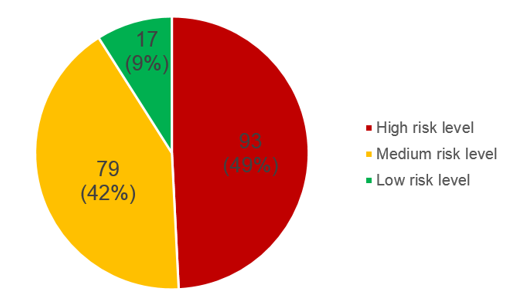 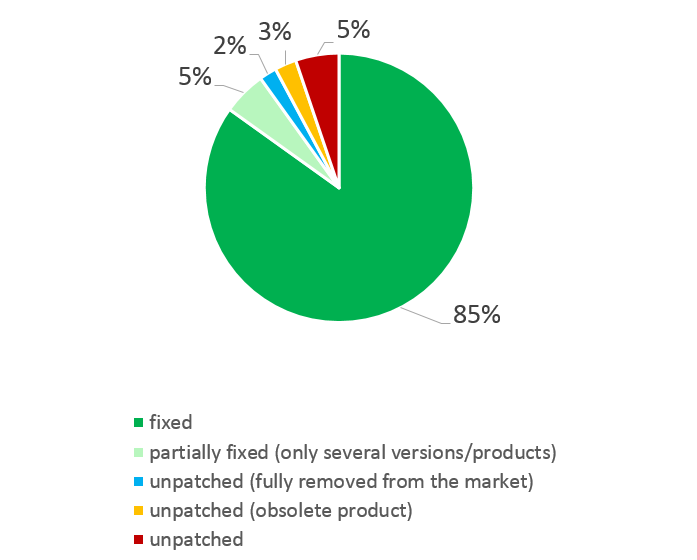 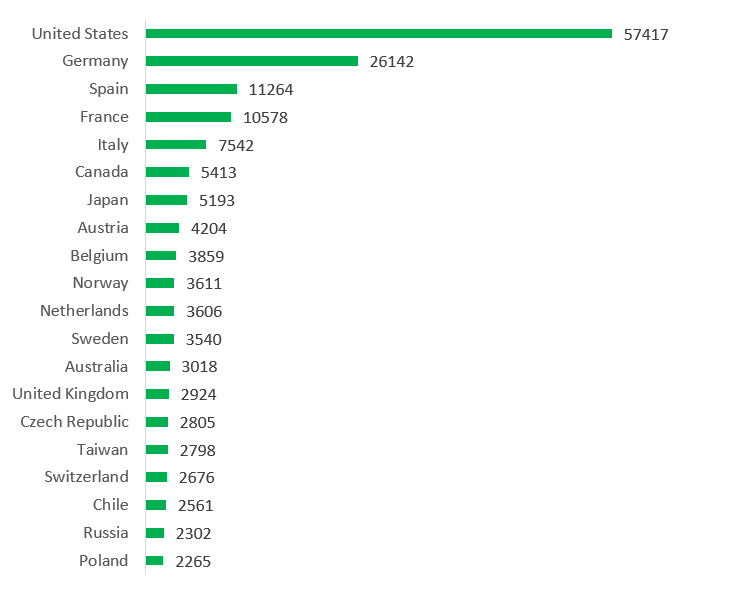 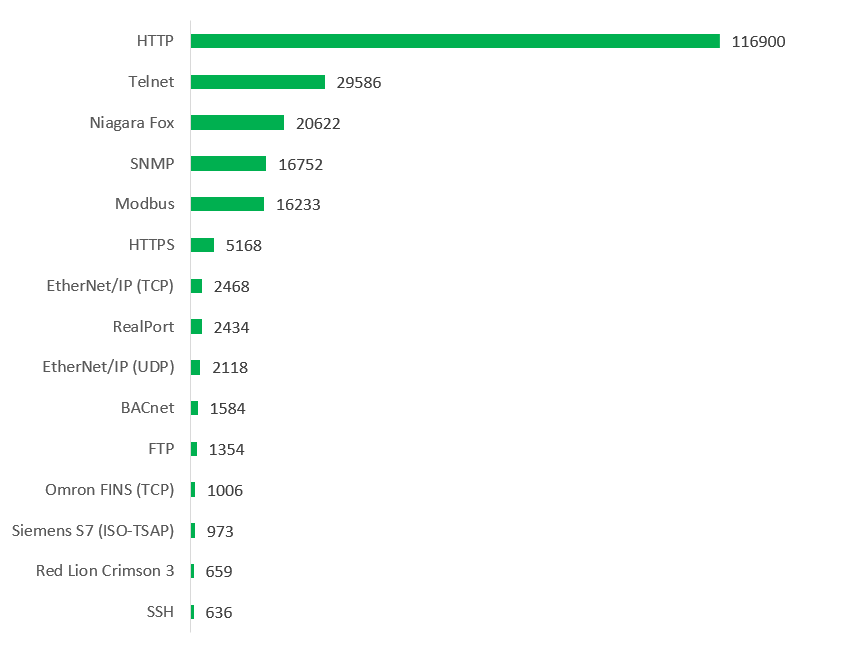 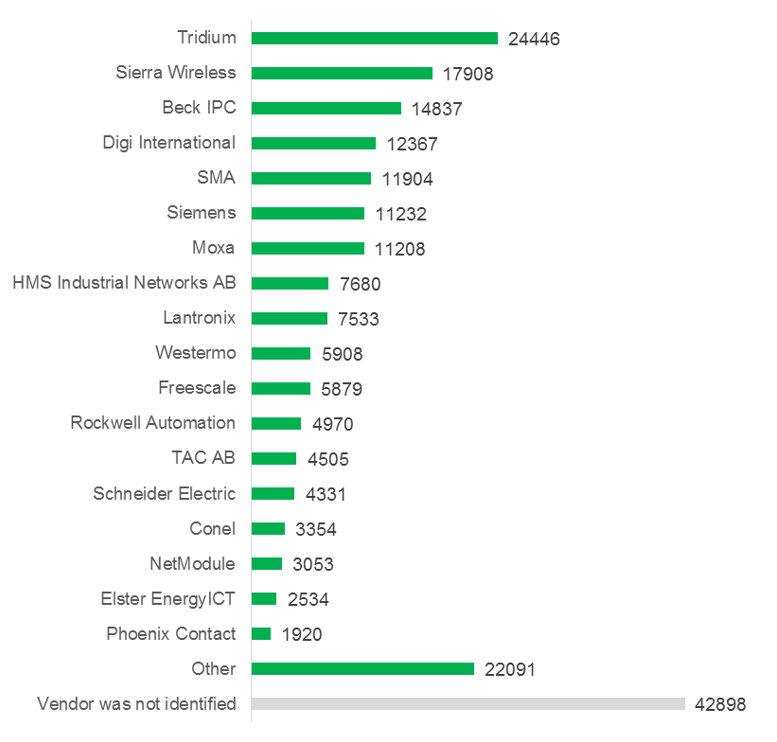 The above results are only lower bound estimations, and real number of available ICS components associated with significant risks could be much higher.

Where protection is concerned, the isolation of critical environments can no longer be regarded as a sufficient security control for ICS. The business requirements of the 21st century often make it necessity to integrate ICS with external systems and networks. In addition, the capabilities, motivations and number of threat actors focusing on ICS environments are increasing. From infected hard drives or USB sticks, to unauthorized connections from ICS networks to the Internet through personnel smart phones or modems, and from infected distributive kits obtained from vendors, to a hired insider – all of these methods are available to highly-skilled intruders planning an attack on a physically and logically isolated ICS network.

Nowadays, ICS owners should be aware of modern vulnerabilities and threats, and actively improve the security of their ICS environments based on this knowledge. Here, active vendor support is crucial for the prompt identification and remediation of vulnerabilities in ICS products, as well as for sharing workarounds to protect systems before patches are released.

The specifics of ICS – that its cybersecurity is closely tied with physical safety – often receives an attitude opposite to the demandable treatment in such conditions. Small and medium businesses, as well as individuals, completely rely on vendors when it comes to security of the Internet of Things. The consumers don’t go beyond simple basic steps from device manuals, thus obtaining ready-to-work and easily accessible, but also vulnerable devices. On the contrary, in the enterprise area, companies understand the high risks, which are related with incorrect configuration of ICS environment. However, because of that system owners often consider ICS devices as “black-boxes”, and have a dread to make changes in the environment, including cybersecurity enhancement.

The findings of this research are an additional reminding that the “Security through Obscurity” principle cannot serve as a good basis to achieve effective protection from modern attacks, and that industrial control systems security should not be treated superficially in favor of safety, especially because the security and safety in this area are inextricably connected.