Yanluowang is a type of targeted ransomware discovered by the Symantec Threat Hunter team as they were investigating an incident on a large corporate network. Kaspersky experts have found a vulnerability in the Yanluowang encryption algorithm and created a free decryptor to help victims of this ransomware with recovering their files.

The ransomware is relatively recent, its name a reference to the Chinese deity Yanluo Wang, one of the Ten Kings of Hell. Unfortunately, we do not know much about the victims. According to Kaspersky Security Network data, attacks have been carried out in the United States, Brazil, Turkey and a few other countries. The low number of infections is due to the targeted nature of the ransomware: threat actors prepare and implement attacks on specific companies only.

In the ransom note, the cybercriminals demand not to contact law enforcement and not ‘keep them for fools’:

The ransomware program has the functionality to terminate virtual machines, processes and services. This is necessary to make files used by other programs available for encryption. The main parts of stopped services and processes include databases, email services, browsers, programs for working with documents, security solutions, backups and shadow copy services.

Lists of stopped services and processes

According to public information about the ransomware, it is only used in targeted attacks rather than in other RaaS families. Yanluowang itself needs parameters to be executed in the system, meaning it will be executed either manually or through a combination of scripts in the compromised system. The available syntax in the ransomware is:

The Sosemanuk stream cipher is used to encrypt files, its key then encrypted using the RSA-1024 asymmetric algorithm. The RSA public key itself is embedded in the program but additionally encrypted with the RC4 stream cipher whose key is a string and also embedded in ransomware. Files before and after encryption: 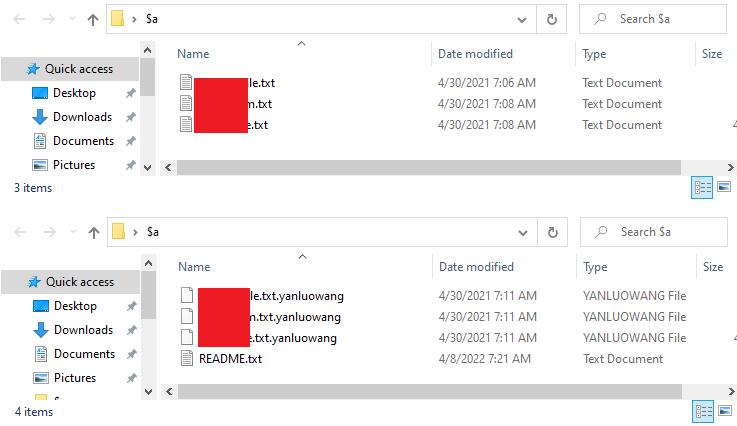 When the encryption process is completed, the file extensions will be changed to .yanluowang 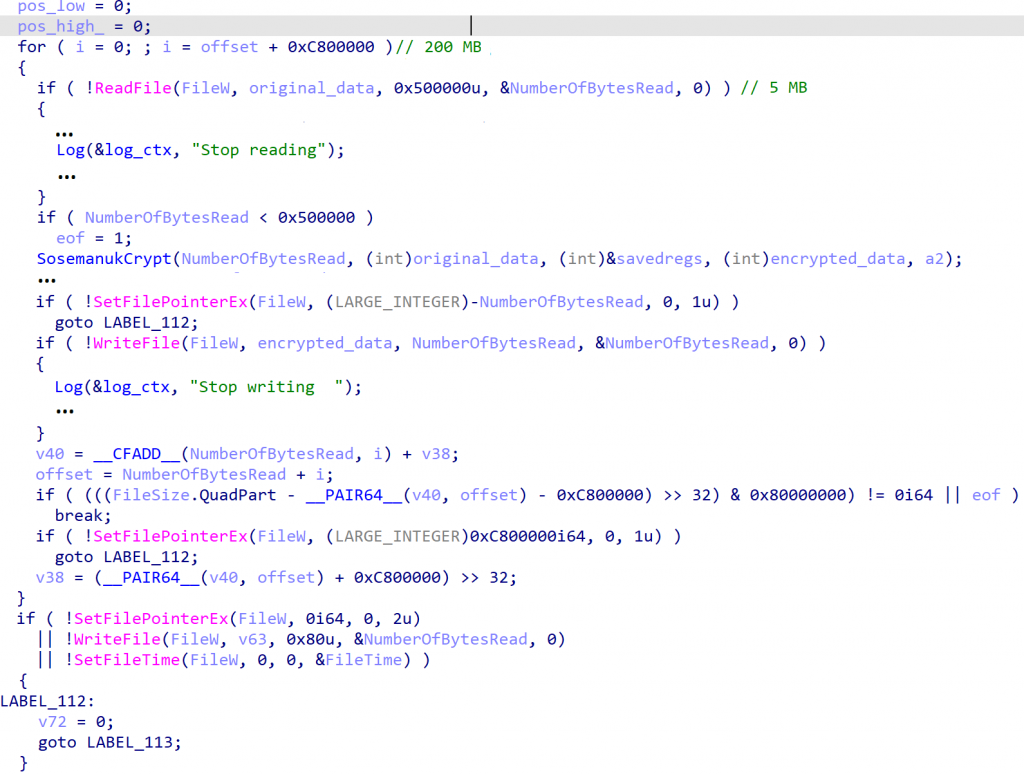 The encryption code for big files

After a file is encrypted, an RSA-encrypted Sosemanuk key is written to the end of it. The encrypted endfile block has a size of 1024 bytes.

An encrypted block with a Sosemanuk key

Kaspersky experts have analyzed the ransomware and found a vulnerability that allows decrypting files of affected users via a known-plaintext attack. All that was required for this to work was added to the Rannoh decryption tool.

To decrypt a file, you should have at least one original file. As mentioned earlier, the Yanluowang ransomware divides files into big and small files along a 3 gigabyte threshold. This creates a number of conditions that must be met in order to decrypt certain files:

Kaspersky solutions detect and protect against this ransomware, detecting it as Trojan-Ransom.Win32.Yanluowang with File Threat Protection and proactively as PDM:Trojan.Win32.Generic with Behavior Detection.

Still, it is important for a company to have a security solution that would enable instant response to such ransomware threats in order to avoid large financial losses. Yanluowang was deployed in targeted human-operated attacks. As usual in such cases, we would like to remind you that a comprehensive cybersecurity strategy is required to protect against this type of threats.

Here are Kaspersky’s recommendations for staying safe from ransomware attacks:

How to recover files encrypted by Yanluowang