Hajime (meaning ‘beginning’ in Japanese) is an IoT worm that was first mentioned on 16 October 2016 in a public report by RapidityNetworks. One month later we saw the first samples being uploaded from Spain to VT. This worm builds a huge P2P botnet (almost 300,000 devices at the time of publishing this blogpost), but its real purpose remains unknown.

Hajime is continuously evolving, adding and removing features over time. The malware authors are mainly reliant on very low levels of security.

In this blogpost we outline some of the recent ‘improvements’ to Hajime, some techniques that haven’t been made public, and some statistics about infected IoT devices.

First of all, let’s take a look at the changes made to the attack module recently. Currently, the ATK (attack) module supports three different attack methods which help to propagate the worm on different IoT devices:

Of these three attacks, the TR-069 exploit is a new one, implemented recently by the attackers.

Technical Report 069 is a standard published by the Broadband Forum, which is an industry organization defining standards used to manage broadband networks. Many ISPs and device manufacturers are members of the Broadband Forum. TR-069 allows ISPs to manage modems remotely. TCP port 7547 has been assigned to this protocol, but some devices appear to use port 5555 instead.

The TR-069 NewNTPServer feature can be used to execute arbitrary commands on vulnerable devices. In order to do so, the exploit starts by connecting to port 7547 and then sends the following HTTP request:

After some checks, it sends the following request to trigger the vulnerability:

The INJECT_COMMANDS can either be:

Once the vulnerable device executes the commands specified in INJECT_COMMANDS, the device is infected and becomes part of the botnet.

With the addition of the new attack vector as described above, it would make sense to improve the architecture detection logic. This is because Hajime doesn’t attack any specific type of device, but rather any device on the Internet with the exception of several networks (it does has some logic to speed up attacks on specific devices though – see the next section). And this is exactly what they did, though strangely enough this only holds for the Telnet attack.

Once the attack successfully passes the authentication stage, the first 52 bytes of the victim’s echo binary are read. The first 20 bytes, which is the ELF header, hold information about the architecture, operating system and other fields. The victim’s echo ELF header is then compared against a predefined array, containing the Hajime stub downloader binaries for different architectures. This way the correct Hajime-downloader binary that works on the victim’s machine, can be uploaded from the attacker (which is actually the infected device that started the attack).

But before this, the host and port that the malware will be downloaded from needs to be set. The Hajime stub downloader binary has these values filled up with 0xCC bytes by default. To solve this, they are fixed on the fly right before connecting.

Even though Hajime can attack any device, the authors nevertheless focused on some specific brands/devices. For example, if after opening a telnet session the welcome message contains one of the following words, then the bruteforcing starts with a specific username-password combination.

One string that is not listed above is that of “ARRIS”, because if this string is found, the attack changes slightly. The Atk module uses a specially crafted password of the day for the Arris cable modem instead of using the static telnet passwords. The ARRIS password of the day is a remote backdoor known since 2009. It uses a DES encoded seed (set by the ISP using the arrisCmDoc30AccessClientSeed MIB) to generate a daily password. The default seed is “MPSJKMDHAI” and many ISPs don’t bother changing it at all. After successful authentication the module gains access to a remote shell and can execute commands.

While working on this blogpost, we collected statistics using three different methods:

Of these three methods, the DHT leecher count proved to be the best. By announcing on the DHT network with a peer id similar to that day’s identifier of the configuration file we were able to be the “nearest” node and collected requests from almost every infected device.

The DHT seeder count is an inverse method; we were requesting the Hajime config and receiving the lists of seeding nodes. Due to the limitations of the DHT architecture we can see most of the leechers, but not most of the seeders. Therefore, the seeder data is of less relevance than the leecher data.

Our honeypot registered 2,593 successful telnet Hajime attacks in 24 hours. 2,540 of them were from unique IP addresses, 949 hosts provided a payload and 528 had an active web server running at port 80/tcp. 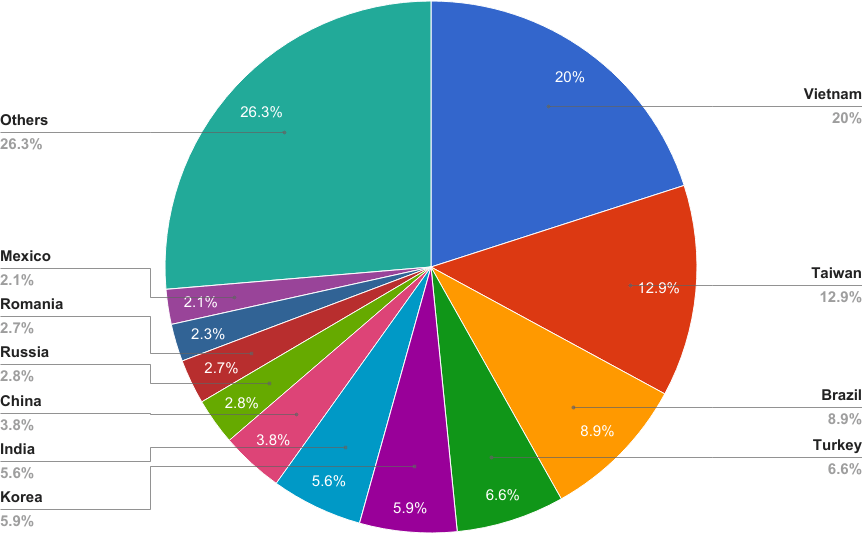 The HTTP server version is typically shown in the HTTP server response headers. After a little analysis we see that most of the victims turn out to be DVRs, followed by web cameras, routers, etc.

Throughout the research period, at least 15,888 unique infected boxes were revealed, though this number is not very accurate. All of them were seeding Hajime config. 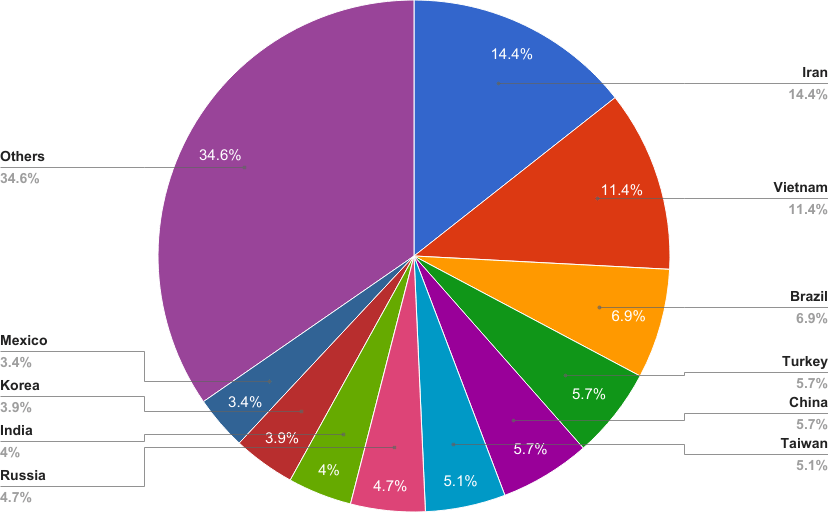 This method revealed 297,499 unique infected hosts during the research period. All of them were requesting Hajime config. 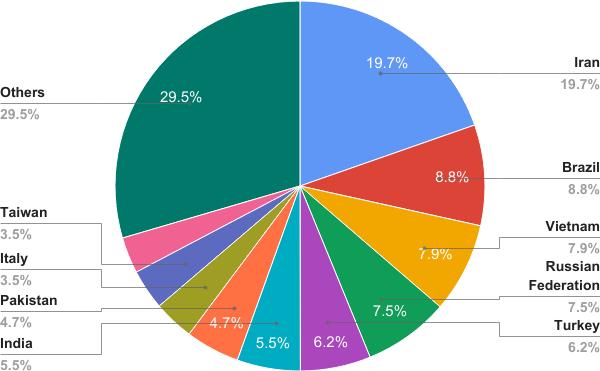 The most intriguing thing about Hajime is its purpose. While the botnet is getting bigger and bigger, partly due to new exploitation modules, its purpose remains unknown. We haven’t seen it being used in any type of attack or malicious activity. And maybe this will never happen, because every time a new configuration file is downloaded, a piece of text is displayed through stdout while the new configuration is being processed:

Whether the author’s message is true or not remains to be seen. Nevertheless, we advise owners of IoT devices to change the password of their devices to one that’s difficult to brute force and to update the firmware if possible.